The magic returns with the Santa Express in Richland restored after a two-year hibernation. 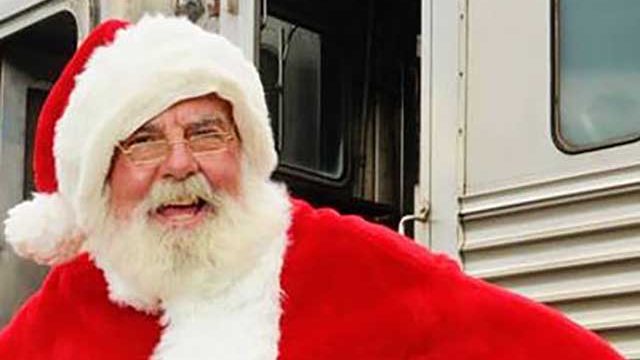 The Seashore Lines is welcoming customers back on board its passenger trains this Christmas season. Ride the Seashore Lines on a historic, comfortable and fun train ride with Santa Claus, as he returns to visit with children of all ages on board The Santa Express.

All Santa Express trains will feature Santa himself, along with his helpers, on board entertainment, and snack service on the First Class cars: Braddock Inn, Long Island Lounge Car, New York Central 38, and Vista Valley.

And there’s even more this year: The Santa Starlight Express includes all of the amenities of The Santa Express and will operate on select weekday evenings starting on Friday Dec. 9 until Friday Dec 23.

And if you’re looking for a 21+ time with Santa, there’s A Night for Grown Ups on select weekday evenings at 7:45 p.m. in the Braddock Inn car.

Here’s a little history of train service in both villages on either end of the line.

Richland Village was once served by three famous railroads. The Pennsylvania Railroad (West Jersey and Seashore Railroad) on their high speed electrified line between Camden and Atlantic City (via Newfield), the Reading Company (Atlantic City Railroad) on their steel speedway between Camden and Cape May City (via Winslow Junction and Tuckahoe), and later, the Pennsylvania-Reading Seashore Lines.

Tuckahoe Village was once served by two famous railroads. The Reading Company (Atlantic City Railroad) on their steel speedway between Camden and Cape May City (via Winslow Junction), and later, the Pennsylvania-Reading Seashore Lines. Pennsylvania Railroad trains (operating via a trackage rights agreement over the Reading Company’s line. This line passed through but did not stop at Tuckahoe. Situated at the junction of the Cape May and Ocean City Branches, Tuckahoe was the most important junction on the Cape May Branch for over 100 years.

All Reading Company, Pennsylvania Railroad and Pennsylvania-Reading Seashore Lines trains operating to the coastal resort communities of Ocean City, Strathmere, Sea Isle City, Avalon, Stone Harbor, Wildwood and Cape May City passed through Tuckahoe. In the summer of 1927, near the high point of activity, there were 11 Reading Company and nine Pennsylvania Railroad scheduled “through” round trips on weekdays and Saturdays. On Sundays, both railroads had eight “through” round trips. Additionally, during the summer, there were extra trains chartered for private parties, such as those sponsored by church and fraternal organizations.

In June of 1933, the Pennsylvania Railroad and the Reading Company merged their southern New Jersey operations to form the Pennsylvania-Reading Seashore Lines (PRSL). Tuckahoe remained busy even after the merger. PRSL “through” service to Camden continued until January 14, 1966, and to Philadelphia until September 30, 1969, requiring the remaining passengers to change trains at Lindenwold. On April 1, 1976, the PRSL became a part of Conrail, which continues to operate freight rail service through Tuckahoe Village to Beesley’s Point.

In addition to its passenger excursion service, Cape May Seashore Lines operates freight rail service between Tuckahoe Village and Cape May City, interchanging with Conrail at Tuckahoe Village. Three original, restored structures of the former Reading Company complement the historic charm of Tuckahoe Village. They are: the passenger station (built in 1897), the interlocking tower that controlled the switches and signals (built in 1906), and the steel water tank that was used to supply water for steam locomotives (built in 1922). Q. Are refreshments served?
A. Due to COVID-19, there will be no snack/food and beverage service onboard Seashore Lines passenger trains until further notice. Guests (with the exception of private railcar charters) are discouraged from bringing food and beverages onboard, and will not be permitted to consume them onboard the train.

Q. Are there restrooms on the train?
A. No. There are facilities located at each train station.

Q. Can strollers be brought on the train?
A. Yes, but they will be stowed by the conductor upon boarding the train.

For schedule and tickets, visit the-santa-express.com