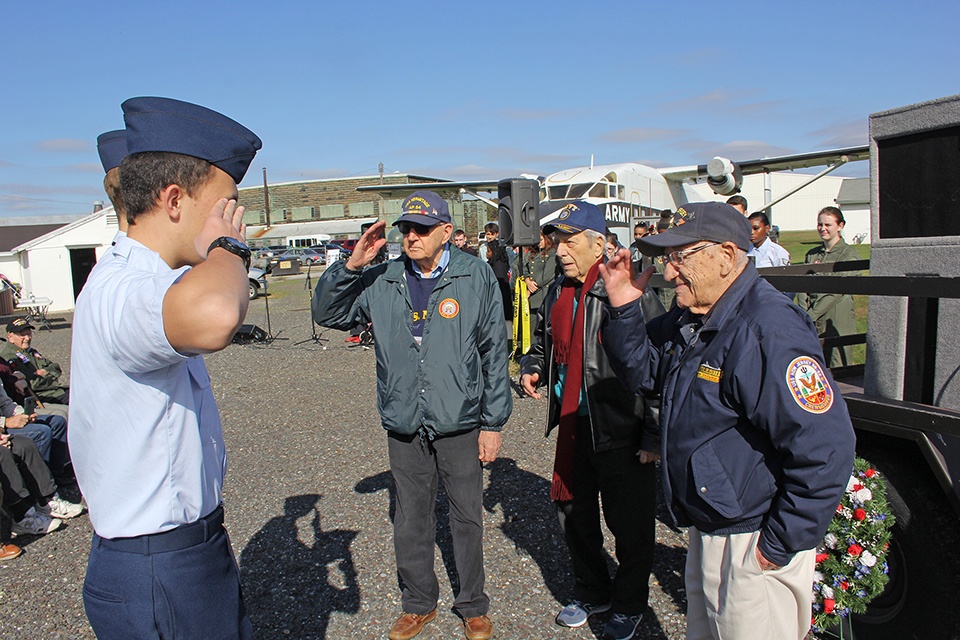 Veterans Initiative to respond to the increasing needs of those who served this country. This focused program offers guidance and resources for veterans and their families during the challenging time of a terminal or life-limiting illness.

“We must look beyond the diagnosis and understand the history of these men and women as it relates to their experiences in Military service,” said Krystyna Cechulski, MSW, Angelic Hospice who heads up the We Honor Veterans Initiative at Angelic Health.

An Army veteran herself, Cechulski is passionate and well-versed in the trepidations that veterans confront at the end of life. She serves as a resource guide and educator for hospice nurses, home health aides, social workers, professional support staff, and volunteers, as well as healthcare facilities, and the public on how to recognize and treat veteran-specific concerns. Recognizing the military service of individual patients with pinning, certificate and flag presentations provides an opportunity to thank our veterans face to face.

Angelic Health Hospice offers a holistic support that includes working with veteran organizations within the community.

“We find that many veterans and their families are unaware of the resources available to them,” explained Cechulski. “We connect them with services and programs that can help their situation. The way we provide quality end-of-life care to our veterans is to learn more about them, and address concerns surrounding isolation, trauma and their illness.”

Each era of service presents its own specific concerns. It is important to understand that there were and continue to be many concerns about the association between the illnesses and symptoms veterans report and their exposure to toxic agents, environmental and wartime hazards, and preventive medicines and vaccines they received. In addition to physical health issues, the experiences of veterans including death, torture, mutilation, and both civilian and military atrocities contribute to mental health issues such as PTSD, depression, anxiety, substance abuse, homelessness, anger issues, and suicide.

While military veterans all have similar maladies from exposure to nuclear, chemical, or biological agents, trauma from artillery, and assaults on the mind and body, each theatre presents specific problems. Veterans from Afghanistan and Iraq (Operation Enduring Freedom, and Operation Iraqi Freedom) have breathing issues, high-altitude illness, percussion, burn and blast injuries, infectious diseases, and multi-drug resistant infections.

The Vietnam War was a long and unpopular war, and for many veterans the wounds of Vietnam will never heal. They reported coming home to a hostile civilian environment, being spat upon, and being uncomfortable wearing their uniform in public. Following the war, veterans experienced readjustment problems and adverse health effects attributed to Agent Orange.

According to the We Honor Veterans initiative, cold injuries including frostbite and immersion (trench) foot constituted a major medical problem for U.S. service personnel during the Korean War. It is important for health care staff examining and caring for veterans who have experienced cold injuries to be familiar with the recognized long-term and delayed symptoms. These include peripheral neuropathy, skin cancer in frostbite scars, and arthritis in involved areas. Cold-related problems may worsen as veterans age and develop complicating conditions such as diabetes and peripheral vascular disease, which place them at higher risk for late amputations.

During WWII, morbidity from such diseases as tuberculosis, rheumatic fever, hepatitis, and tropical diseases was high. Besides infectious diseases and wounds, other health risks of WWII included injuries from excessive cold, which may result in long-term health problems, including changes in muscle, skin, nails, ligaments, and bones, skin cancer in frostbite scars, vascular and neurologic injury with symptoms such as bouts of pain in the extremities, hot or cold tingling sensations, and numbness.

In the 1940s, the Department of Defense recruited “volunteer soldier” subjects for experiments using mustard agents to evaluate clothing, ointments, and equipment to protect American troops from mustard agent attacks. The We Honor Veterans project reports that nearly 60,000 military personnel were involved in research from drop patch testing to severe, full-body exposures.

Veterans involved in the occupation of Hiroshima and Nagasaki, Japan, and veterans who were prisoners of war in Japan during World War II may have participated in nuclear cleanup.

Margie Barham, MBA, is director of public relations and giving at Angelic Health.