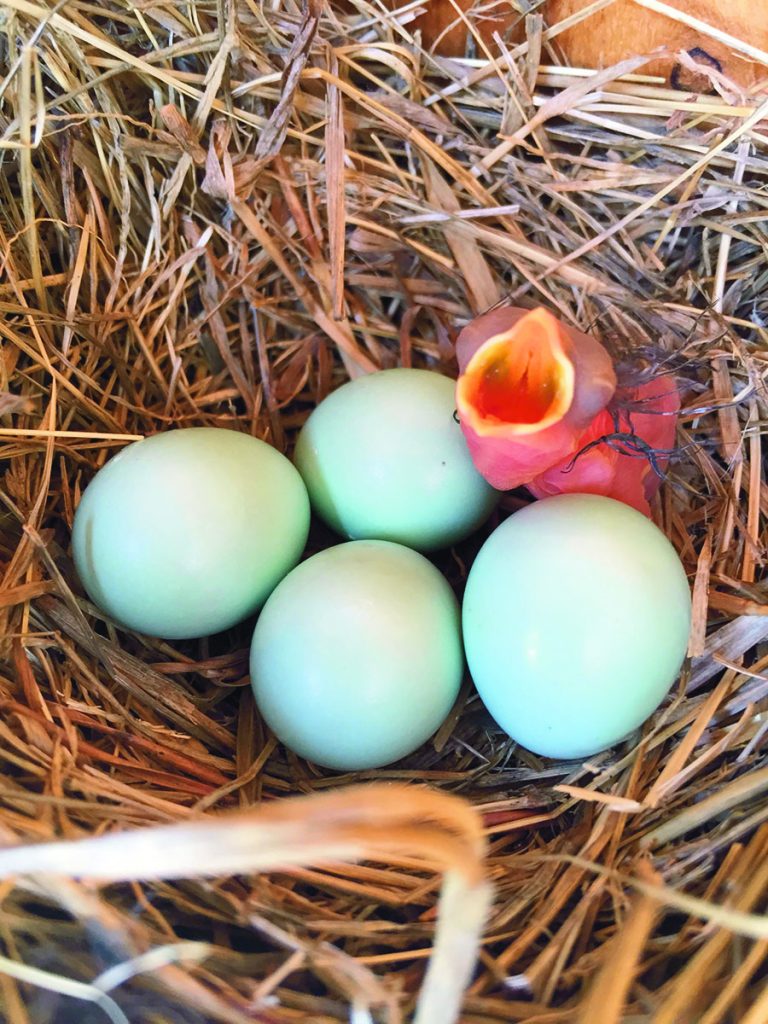 People comment to me about seeing bluebirds as they pursue their outdoor activities. This is no fluke; Citizens United Maurice River, Atlantic Audubon Society, and the NJ Bluebird Society (NJBBS) are coordinating activities in southern New Jersey to benefit the Eastern bluebird (Sialia sialis) by working with organizations and private landowners to locate boxes for the bluebirds to nest in. More than 1,000 boxes have been placed throughout mostly southern New Jersey in suitable habitat on lands belonging to Federal, State and local governments, utility companies, schools, environmental organizations, farms, commercial nurseries, and on numerous private properties. The Holly Farm in Millville was purchased by the State recently, and two boxes were erected on that property in March. Recent monitoring in April showed both boxes have bluebirds nesting. Another recent activity in our area included locating two boxes on property in Port Elizabeth in April—again both boxes have nesting bluebirds. Our most productive bluebird trail, with 10 boxes, is on the Landis Sewerage Authority property in Vineland. It produced 66 birds in one season!

The success story continues all over southern New Jersey. Citizens United and NJBBS provide volunteers to monitor by conducting nest checks during the season. Bluebirds thrive on active oversight; the better your management the more successful their nesting season.

Four essential practices are necessary for a healthy and productive bluebird management:

1) Boxes must meet design standards to be effective.

3) Birds must be protected from predators and nest competitors and

4) Monitoring must be done weekly.

Through conservation efforts and informal partnerships the bluebirds have benefitted, making a significant comeback in New Jersey. In 2019 the NJBBS reported 4,200 bluebirds fledged. More significantly, 14,000 bluebirds have been produced in the past four years. Each year more boxes are added, more monitors become involved, and the bluebirds’ population increases. According to the USGS’s Breeding Bird Survey, which has monitored trends of bird species since 1966, New Jersey ranks #1 in the nation for Eastern bluebirds with a 7 percent annual increase trend for the years 2005-2015. Bluebirds are ground feeders and need open areas with little vegetation. Insects make up as much as 90 percent of their diet during the nesting season. Having a vegetable or flower garden is a bonus for bluebirds because where there are flowers or vegetables, there are insects. Each young bluebird gets fed 30 to 50 times a day. Why use insecticides when there are enough bluebirds around to do the job for free? Using pesticides is counter-productive when it also kills insectivores.

Bluebirds are lucky that they are well suited for our conservation efforts. Being cavity nesters they readily accept nest boxes, which makes the proper box very important to the program. A unique partnership has developed to supply the boxes. Ed McCay (McCay Wood Products) mills Atlantic white cedar, which is taken to David Moyer, a wood shop teacher at the Middle Township Middle School, for his students to make into bluebird boxes. The students make about 150 boxes a school year, which are easily dispersed throughout the state.

There is also a concerted effort to band the young bluebirds before they fledge. Biological information can be obtained regarding life expectancy, migratory patterns, and nesting activities of the young. Bluebirds usually have two broods a season but if they are healthy and an abundant food supply is available, three broods are not uncommon. The boxes for bluebirds also benefit other cavity nesters such as tree swallows, tufted titmice, Carolina chickadee, and white-breasted nuthatches.

For additional information about ways to benefit bluebirds visit njbluebirdsociety.org or CUMauriceriver.org.