September at the Shore

It’s time for South Jersey mainlanders to go east and enjoy treasures we too often overlook. 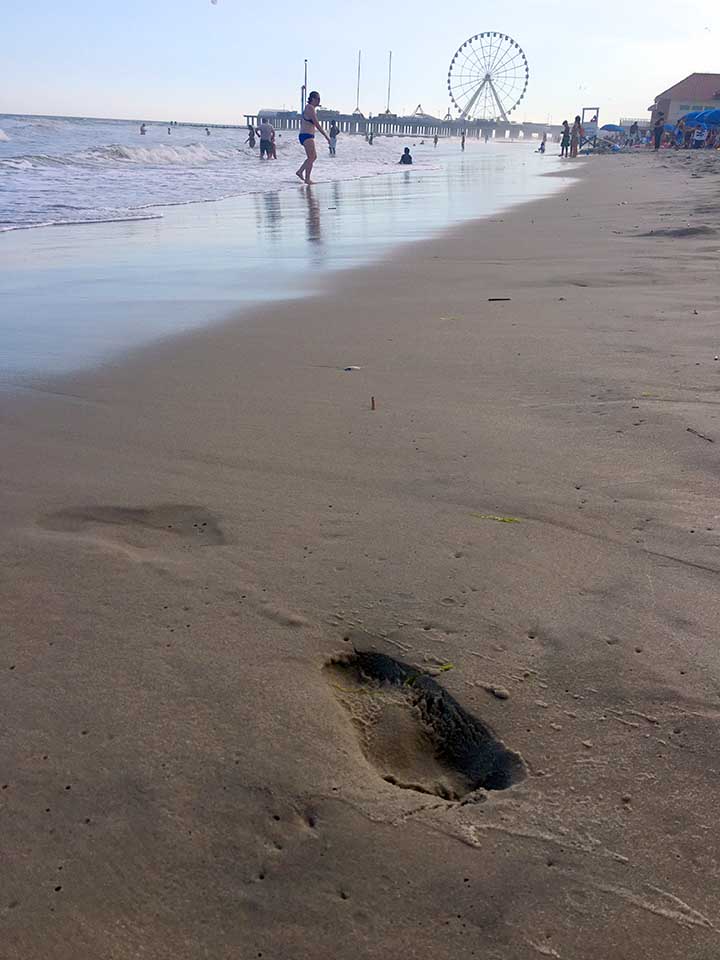 Used to be when Labor Day passed, the Jersey Shore would hibernate till Memorial Day. Few reasons to take a short jaunt from Millville to the shore. Not much to see or do there in the way of events and such.

That’s all changed, of course, especially in Atlantic City and environs. AC is a year-round town these days, even if the winter months are a little slow. But autumn—the bridge between summer and winter—is a season all its own, with splendid beach days early on, even if the temperatures call for a sweater or a light jacket to ward off the first chill. Labor Day does bring to an end many summer programs in Atlantic City, at least on a daily basis. Like the beach bar scene. Hard Rock closes its beach bar on September 6. Post Labor Day, Bally’s beach bar remains open on Saturdays, weather permitting. And Resorts LandShark Bar & Grill—it’s on the beach, so it counts even if there is an indoor component—keeps the party going all year.

Bally’s offers the next best thing to a beach bar, thanks to the Yard, a new indoor outdoor beer hall across the boards from the beach bar. “The Yard’s modern industrial design and open-air space capture beautiful seaside views from every angle and [it] offers indoor and outdoor space all year round,” says Michael Monty, general manager, Bally’s Atlantic City. “A retractable roof can easily adjust to the weather for any season and quickly adjusts should there be inclement weather.”

“The fall months at the Jersey shore are really beautiful and enable the summer to extend with more outdoor programming and high visitation with great beach days, especially on weekends.

“There is typically a very good entertainment calendar so we look forward to the fall months being great for Atlantic City,” says Joe Lupo, who recently left his post as president of Hard Rock Atlantic City for the company’s property in Las Vegas.

Fall means football—and playoff baseball too. While Mike Trout and the Angels look like they’ll miss a playoff berth, the Phillies are closing in on a wild card ticket. Throughout the city, venue after venue, hotel after hotel, offers a place to catch a game. If you want to place a bet, you can do that, too.

“Football in general, from the Thursday night games through the weekend to Monday, both college and NFL, bring in some business,” Lupo says.

Weather permitting, the most interesting free activity is strolling the Boardwalk. First built in 1870, the Boardwalk opens 365 days a year, for walking, running and in the morning, bike riding. “Lined with shops, restaurants and food stands, casinos and more, it’s a people-watcher’s delight,” Martin says.

The Atlantic City In-water Power Boat Show, September 8 to 11 docks at the Farley Marina by the Golden Nugget. What’s cool is the location with boats in the water. Look for bargains, kick what passes for tires. Or just pretend to be a yachtsman.

While the weather may push a dip in the ocean off the things-to-do list, October still brings on a spate of events to occupy your time. Atlantic City relocated its annual restaurant week from March to October, the result of COVID-19. The 14th Annual Atlantic City Restaurant Week runs from October 2 to 7, and features three-course price-fixed menus at $20.22 for lunch and $40.22 for dinner. Many of the area’s restaurants participate and not just in Atlantic City. Restaurants take advantage of fresh, seasonal food and produce when designing menus for the event.

A sustainable Health & Wellness Village Festival is another free event, this one at Showboat Hotel on October 14 and 15 with education, entertainment and fun activities. October 14 to 16 brings the 15th Atlantic City Cinefest film festival at Stockton’s Atlantic City campus and the Ventnor Square Theater. Tickets are on sale now.

At 171 feet, Absecon Lighthouse is the tallest one in New Jersey and the third tallest in the United States. Visitors willing to climb 228 steps up the lighthouse tower are greeted with a bird’s-eye view of the Jersey Shore. Located at 31 S. Rhode Island Avenue, the lighthouse is open Thursday through Monday from 11 a.m. to 4 p.m. and admittance costs $10 for adults, $6 for children.

Atlantic City Miniature Golf, located on the Boardwalk at Mississippi Avenue, offers 18 holes of elevated greens, realistic contours and waterfalls. North Beach mini-golf boasts 18-holes on Euclid Avenue and the Boardwalk, with some holes played underneath the great wooden way. When talking about fall on Steel Pier, you have to separate the Wheel from the rest of the park across the Boardwalk from Hard Rock Hotel and Casino Atlantic City. The amusement rides and games remain open weekends through Columbus Day. The Wheel, which rises 227 feet high, stays open daily until December and then on weekends only through the end of the year. Cold weather? The Wheel includes 40 temperature-controlled gondolas. Tickets go for $13.50.

October means the Atlantic City Marathon, along with a half marathon and 5K run. The races run October 22 and 23.

October also wouldn’t be complete without Halloween. Plenty of that to go around. Halloween has historically been a fun time to visit Atlantic City with costume contests, ghoulish parties, fun food and drink specials and more, Martin says. “The magical holiday season always features a variety of shows at some of the area’s casino/hotel stages and other venues.”

Take a crack at the $10,000 Free Play Halloween Themed Bingo on October 31 at the Golden Nugget.

Showboat doesn’t have a casino anymore but it doesn’t mean it’s sitting there gathering cobwebs. Lucky Snake Arcade is 85,000-square-feet of fun for all ages, Martin says. Play classic games from the ’80s, virtual reality games, Skee-Ball and so much more, “The space even has a regulation-size boxing ring and is home to the world’s largest crane game.” But the big news out of the former casino hotel will be the construction of the $100 million Island Waterpark to be built adjacent to the hotel. The park will include a retractable roof to allow year-round use. It will be a welcome complement to Steel Pier, at least in the late spring, summer and early fall. The waterpark is planning to open Memorial Day weekend next year.

Tropicana offers opportunities for activities the whole family can enjoy, including a Family Fun Center and an IMAX Theatre. The Trop also hosts AC Escape rooms, with four different challenges: The Poker Room, The Casino Cage, the Boardwalk, and Backstage for $38 a person plus tax.

Too challenging? Try Family Sports Station or Family Fun Center for a host of arcade and skill-based games including basketball, air hockey, bowling, and more.

Next week’s article will cover other activities outside of Atlantic City, from Ocean City to Cape May.