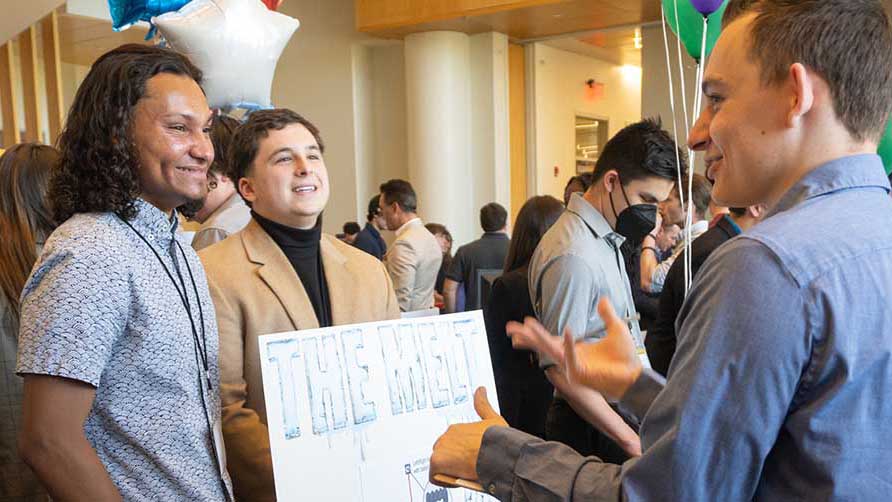 The Rowan Innovation Venture Fund (RIVF), which launched with $5 million in 2014 to seed visionary start-up ideas, received an additional $20 million to back a pipeline of evolving businesses from within and outside the Rowan University community. Since 2015, the RIVF has seeded 14 South Jersey-based and regional startups, many launched by University students and faculty.

Though much of that investment has been in companies founded by Rowan students, faculty or alumni, the Fund’s broader mission supports a key goal of the University—economic development beyond campus.

“At $25 million, the RIVF is among the largest venture funds from a public university in the region,” said Rowan University President Ali A. Houshmand. “As Rowan grows, part of our mission must be to support innovators with the ideas and ability to launch businesses, create jobs and improve our community.”

Houshmand noted that the RIVF’s expansion coincides with a push to make Rowan more entrepreneurial, including, in the last year alone, a partnership with Virtua Health to create a dynamic and transformational academic health system that will drive innovation, research and clinical care. The institution is also launching the Rowan University School of Veterinary Medicine, a first for New Jersey, and created the School of Innovation & Entrepreneurship within the Rohrer College of Business. (Last fall The Princeton Review and Entrepreneur magazine named Rowan’s entrepreneurship program among the 50 best in the U.S.)

A range of support options: While the RIVF invests up to $500,000 in scalable companies, it is poised to significantly increase the number of companies it supports, including smaller start-ups that need lesser amounts of capital to get started.

To date, the Fund has provided more than $2.4 million to life sciences companies, more than $1.2 million to software/mobile app firms, $450,000 to telecommunications startups and $150,000 to entrepreneurs in the food and beverage sector.

• HALFDAY Tonics (originally called Topos Teas), a company founded by two Rohrer College of Business alumni that produces a line of healthful tea drinks, which today is sold in more than 1,400 U.S retailers, including Target and Publix stores;

• MRIMath, a health science company co-founded by Rowan faculty that, among other things, provides physicians critical information for life-saving procedures like radiation and surgical therapies for brain cancer.

The RIVF accepts and reviews applications on a rolling basis and encourages interested parties to apply online.