In the world of butterfly enthusiasts, this one’s special. 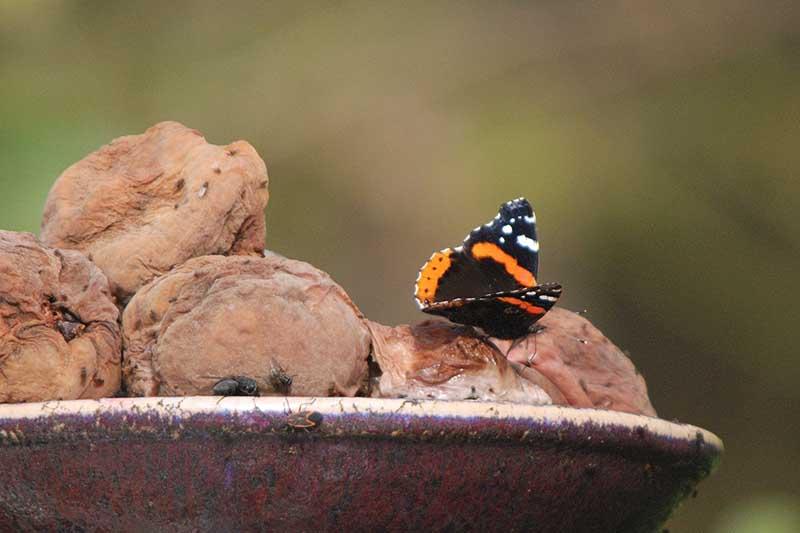 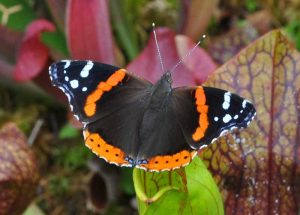 Recently, I was considering what has been one of my most wondrous moments in the natural world, living here in southern New Jersey. There have been many, but one wows me every time I recollect it.

First let me set the stage for the development of my fascination with butterflies. My father introduced me to the natural world via a butterfly net. Today people primarily use cameras, but collections, observations, rearing, and photography remain necessary tools for the scientifically sound study of lepidoptera. My story of butterfly collecting begins with my father’s older brother, William.

William was a prodigy. In first grade he could solve geometric theorems and play piano by ear. He learned opera at an early age and there are many other family stories about his amazing prowess, some of which I suspect are apocryphal. But in fact he was the youngest graduate ever of Thomas Jefferson University Medical School. When he got rickets as a young boy it was determined that he should spend half-days with Dr. W. J. Holland at Carnegie Institute, as it was difficult to provide class material he hadn’t already mastered.

Dr. Holland was a lepidopterist who authored The Butterfly Book, The Moth Book, etc. and The Butterfly Guide (1916), a pocket identification book that many young Boy Scouts grew up using in the field. Holland taught my uncle to identify, capture, mount, and catalog his collection. My uncle passed along his interest in butterflies to his younger brother, my father. As an aside my uncle died this past year at 100, still intellectually sharp as a tack. 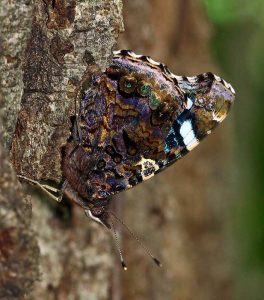 When my father was young, having a mounted insect collection was relatively common for children who had an intense interest in nature. Many collections of insects, birds, and other species are still utilized by experts in various fields of natural history. Amateur collectors have been and continue to be major contributors to these academic assemblages.

I collected specimens and mounted and labeled them. Mounts were placed on grooved boards with pencil lines at right angles carefully made using a square. We had special long thin black pins with gold heads, and strips of paper that were like a cross between wax and tissue paper. Forewings and hindwings were spread so most of the wings’ markings could be seen. Occasionally two of one species were collected so they could be framed with one displaying the upperside and one the underside for comparison. Butterflies were removed from the board and placed in frames. The frames we had were black with a cotton backing and butterflies were held in place by putting the butterfly between the glass and cotton. Thus began my fascination with butterflies. So it was for quite a few children of my age and older.

I don’t remember any of my contemporaries doing the same, but older folks seemed very familiar with the practice. And the 1916 guide had detailed directions for such collectors.

People have always been drawn to the beauty of butterflies, and I was starstruck, as are many today when they are introduced to the wonders of these winged denizens and their rite of metamorphosis into adults.

Tiger swallowtails and red admirals were favorites of mine. I would swirl my net’s hoop to get the specimen high into its domed netting, pinch the net’s top, and carefully remove my captive. Holding the body gently I would inspect its pattern and release it. Freeing it was always the best part. No one can deny the magical quality of a butterfly’s flight.

Then in 2012 I had an experience like no other. I was being escorted across a farm field in Hopewell, New Jersey via a farmer’s all-terrain utility vehicle. It was spring and hundreds, no thousands, of butterflies were flushing along the farm road. It was spectacular.

“Stop,” I demanded. “I’ve never seen anything like this. These are red admirals. It’s crazy. Do you know how crazy this is?” I was nearly maniacal with enthusiasm. My fellow turkey hunters were just interested in getting to the next stand.

“No, no, we have to take this in. It is most unusual. It’s May, I’ve never seen anything like this! Normally you’re lucky to see a few at a time in mid-April but nothing like this. There must be hundreds of thousands of red admirals. Unbelievable!”

When I got home I made a beeline to the computer and found out that this was an explosion of red admirals; other irruption years included 1990. There were many news stories about the phenomenon, which was known to happen once in a great while. The most famous time was in 1881 when Tsar Alexander II of Russia was assassinated. The admiral, which exists on every continent except for Antarctica, boomed in that year as well as in Asia. People said that on the underside of the hindwing, which can be viewed when the butterfly is at rest, people could make out an 1881.

During the times of the tsars mysticism was in fashion, and people said this was an omen and declared the red admiral the butterfly of doom. Rasputin wasn’t at the height of his influence until 1915, but I suppose such inclinations were prevalent even before his reign of nonsense. Try as I may I can’t make out an 1881 pattern on the hindwing. But I’m not a mystic, either.

Experts do not know why red admirals sometimes have these prolific irruptions but they do seem to agree that they are likely connected with mild winter weather. To understand that further we need to discuss some natural history aspects of this species.

Their lifecycle begins with adults mating. The female lays eggs on plants in the nettle family and a caterpillar emerges. The caterpillar relies on silking a leaf together, creating a shelter to hide and eat; in this stage it will need to make these shelters several times as it grows. As you may recall, each caterpillar has specific host plants on which it has evolved to feed. Ultimately it molts into a chrysalis and ecloses as an adult 14 to 18 days later. The chrysalis resembles a dried leaf of the host plant, offering additional camouflage.

There are two broods in the northern part of their U.S. range. Overwintering adults can live six months or more but are mostly dormant in winter. Adults emerging in June/July generally live only a few weeks. The later brood will migrate south and winter over as an adult. In the southern part of their range there are as many as four generations (Scott 1984). A few winter over here in southern New Jersey, probably in crevices, woodpiles, and such.

Red admirals have been observed in all months in southernmost New Jersey. Occasional adults seen in or before March have probably overwintered locally. Our region is recolonized each spring by migrants from the south starting about mid-April (Monroe and Wright, 2017, p.164). New broods peak about mid-June to mid-July, and late August – September (Burger/Gochfeld). Many of the first brood will reproduce locally and will not migrate.

During breeding season males are territorial, quarrelsome, and combative. They even chase people. They are the swift fliers of the butterfly world but are also calmer than many species and are easier to observe.

When perching or resting they close their wings and are well-camouflaged, displaying their underside with a wavy marble-patterned hindwing and upper part of the forewing—browns, blues, and buffy colors. The white, blue, and orange on the lower portion of the forewing is obscured by the hindwing’s overlap. The upperside is highly contrasted with both forewings and hindwings marked by brilliant orange against a dark colored field that varies with browns and blues. When stalked the wings can suddenly open, creating a flash of color and causing a startle response from the would-be attacker. That spilt second can allow the butterfly to escape a predatory bird.

The coloration of the red admiral’s upperside is unmistakable and is a favorite of butterfly appreciators. When fully spread the orange colors of hindwings and forewings nearly create a circle. An irruption like the one I saw may happen a dozen times in a lifetime, but most people are unlikely to notice. I was at the right place at the right time and it was a spectacular sight that I will not easily forget. n

Sources:
U.S. Forest Service
Butterflies of New Jersey: A Guide to their Status and Distribution, J. Burger and M. Gochfeld
How to Spot Butterflies, Pat and Clay Sutton
Vladimir Nabokov, author “butterfly of doom” reference to his comments (multiple articles).

How To Attract Butterflies

Want to attract butterflies to your yard? Here’s what to provide:

• Butterflies are solar powered so sunny spots are important.

• A sunny spot with some rocks for basking.

• You will need nectar sources. The Garden Gang website by Pat Sutton provides names of many plants that attract butterflies.

• Most people forget host plants. Note plants that your neighbor has and try to complement with other plants as well.

• If you are really into it, scat and urine are also attractive to butterflies (no need to get carried away—just a bit).

• A plate with some rotten fruit will also attract butterflies: You can use peaches, banana peels, watermelon, or apple cores.

• Make a place for a puddle. Be sure to let it go dry often enough not to support mosquitos.

• Shelters like a stack of logs or brush pile help butterflies, too.

Get lots of ideas like these and more from: How to Spot Butterflies, Pat and Clay Sutton and Butterflies of New Jersey: A Guide to their Status and Distribution, J. Burger and M. Gochfeld