More Buzz on the Hummer

Our columnist advises about feeding the ruby-throated hummingbird, both at the feeder and with native pollinator plants. 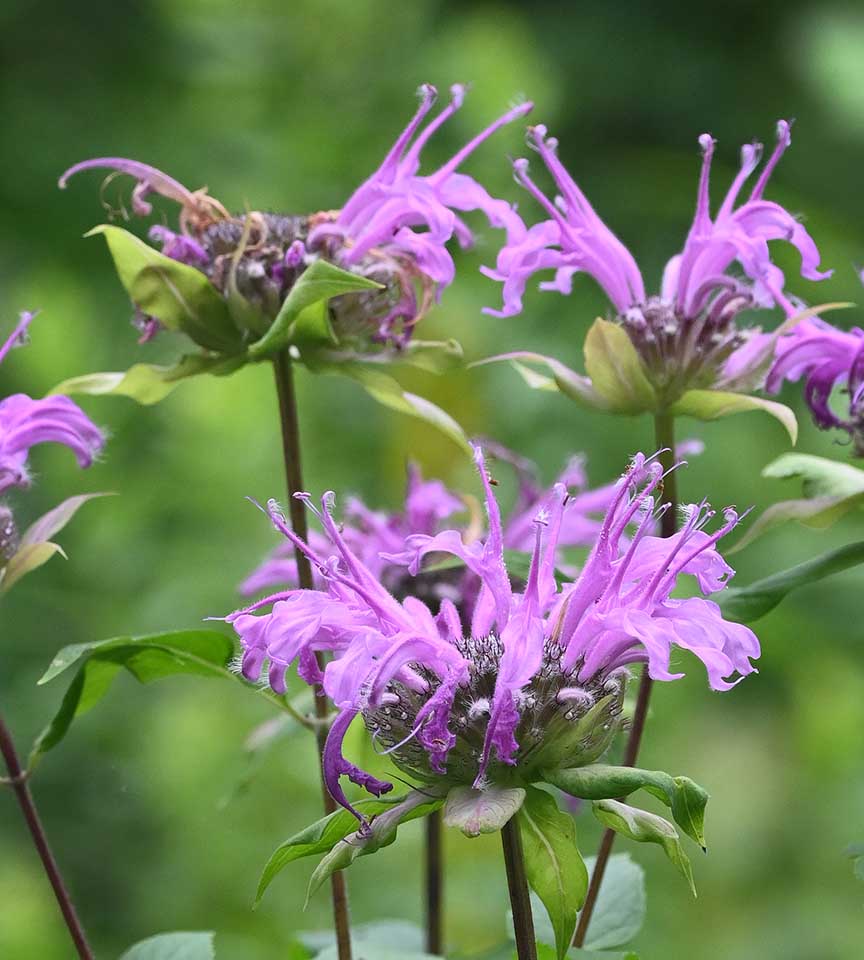 In last week’s column, I set out to teach you something about hummingbirds that you didn’t already know. This week, I endeavor to do the same, as there are lots of interesting facets to this tiny bird.

Hummingbirds are one of the few birds that I feed. If you do that you should also provide natural sources of nectar. I have two robust clusters of coral honeysuckle (Lonicera sempervirens) that the hummingbirds love. Don’t plant Japanese honeysuckle; it is an exotic invasive species and will out-compete more beneficial native plants.

When the honeysuckle is in bloom, I get e-mails and phone calls from people asking, “Where are my hummingbirds?” The reply is, “They are likely taking advantage of Japanese honeysuckle.” Although they are attracted to red or orange blossoms, the sweet nectar of the yellow and white Japanese honeysuckle is irresistible. But again, never introduce the exotic Japanese variety, and instead plant the orange coral native.

Rubys are also fond of Monarda fistulosa (bee balm/bergamot); there are a lot of hybrid varieties. I would suggest spending time on the wildflower.org site to investigate which are truly native. Monarda is a perennial, a member of the mint family, so you can enjoy its showy firework-shaped blooms for years to come. Monarda fistulosa is said to have been used to make the Earl Grey tea that was burned at the 1774 Greenwich, New Jersey tea party.

I like to purchase an annual called Salvia coccinea, commonly called “ladies in red” or “Texas sage.” It comes in red, white, and a salmon color and attracts hummingbirds throughout the summer, blooming from spring to fall. It is not native but is an annual so it doesn’t winter over. Although it can seed itself it is not considered an invasive. September is when it gets most robust. Goldfinches are crazy for the seeds.

Today, I was cutting off the blooms of the young Salvia coccinea plants to encourage root growth and to cause multiple branching. I laid the cut blooms on the walkway, and when I picked them up I noted they were filled with ants, possibly one of the main attractions for the hummers. Currently we have a hummingbird that flies by the windows of the house picking off insects.

If you have feeders, you’ve probably noticed that hummingbirds are territorial. With a plentiful source of food provided by humans there is likely little necessity for this bullying, but it is carried over from the competition of nectaring on wildflowers. Guarding is simply in their nature. Some folks find success placing their feeders in a cluster so that guarding becomes nearly impossible for a dominant bird. I simply don’t worry about it.

Most importantly buy a feeder that is easy to clean. I like the First Nature version; it is easy to fill, easy to clean, and cheap. The HummZinger is popular for the first two reasons but is a bit pricier, although it’s much better for taking photographs. It hangs from a single thin post and makes it easy to get a good shot.

In my opinion the jar style of First Nature feeders helps birds be a bit more tolerant of each other feeding on opposite sides. Those with the bee guards that you have to remove and clean are, for my lazy bones, too much trouble to clean and not necessary. One of my friends swears by them and simply keeps a five-gallon bucket of a water solution with a bit of bleach and rotates them out.

The best and most repeated advice is to clean your feeders more than once a week. Fermented food is dangerous to the birds. Many sources suggest soaking in nine parts water to one part bleach, to ensure no mold or salmonella can grow on the feeder.

Don’t use dyes in the food; simply one part sugar to four parts water is the most economical and safest for the birds.

I hope you have learned some new tidbits and are enjoying our avian answer to a very fancy fairy.