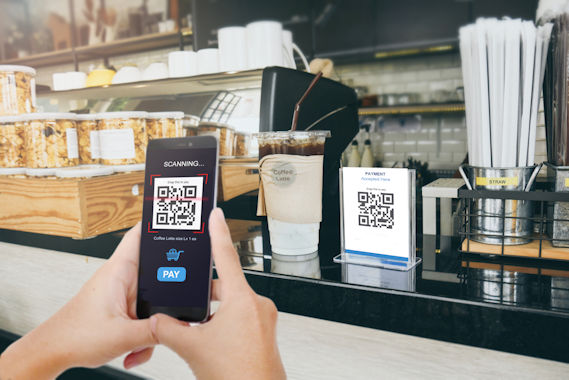 As originally published on Forbes.com.

QR (quick response) codes have been around for nearly 30 years. Developed in 1994 by a Japanese engineer for the purpose of tracking components in car factories, they have evolved into a highly effective marketing tool.

Although QR codes have been around for some time, we saw an increase in their usage during the Covid-19 pandemic. Restaurants used them as an easy method of creating contactless menus during a time in which we were all so reluctant to get close to one another.

The hype hasn’t died out yet, though; QR codes are continuing to take off. While prior to the pandemic it seemed like they were on their way out, 75.8 million U.S. smartphone users scanned a QR code last year, up by 15.3% compared to 2020. And it’s been predicted that 99.5 million people in the U.S. will use QR codes by 2025.

Why Use QR Codes In Your Marketing?

The benefits of QR codes may be obvious: They are a simple way to cut out some of the steps in the consumer journey and bring potential customers to the exact online place you want them to be. This can be a website, a landing page for giveaways and promotions, or even a page where you offer a free download that will increase engagement and build a returning audience. Even further than that, you can use QR codes to offer tutorials or informational how-to videos and even exclusive event-only content.

QR codes allow you to easily measure the effectiveness of a campaign or a particular ad, such as a magazine ad. They also can help you collect first-party data, something that is extremely important as marketing giants like Google move away from third-party data.

A good example of QR code use is at Whole Foods, where upon checking out, you can scan your QR code if you’re a member of Amazon Prime for a 10% discount.

Nature preserves are even offering QR codes for visitors to learn more information about the location, all accomplished while reducing paper usage.

There are a number of free resources that will create QR codes for you—just do a search for “QR code generator” and you’ll see plenty of options. But before you add these scannable codes to your marketing collateral, it’s important to understand the best ways to use them.

• Long gone are the days of black and white QR codes, as now you are able to add your brand colors and logo. Just be careful not to overdo the customization. The more you customize your QR code, the harder it can be for phones, especially older ones, to scan it.

• Avoid inverting colors on your QR code (using a black background with a white QR code, for instance), as some phones can’t process them correctly. The same advice applies to blurry or pixelated codes—make sure your codes are crystal clear and easily readable. The whole point of them is to be accessible, right?

• Try to keep the density of your QR codes down. In other words, make sure the link you’re using to create the QR code isn’t too long. The longer the link, the darker and more complex the QR code becomes, and the harder it is for phones to scan.

• Ensure that there is white space, also known as quiet space, around the QR code. I recommend at least a quarter of an inch of white space on all four sides.

QR codes are a simple yet serviceable method of advertising your company. Although it’s taken years for them to shoot into the spotlight, they have become part of the future of technology and marketing. Not quite inevitable, as it took a pandemic for many people to truly engage with them, QR codes have become a staple in smooth business operations, going hand in hand with the goal of every company: drawing in potential customers.