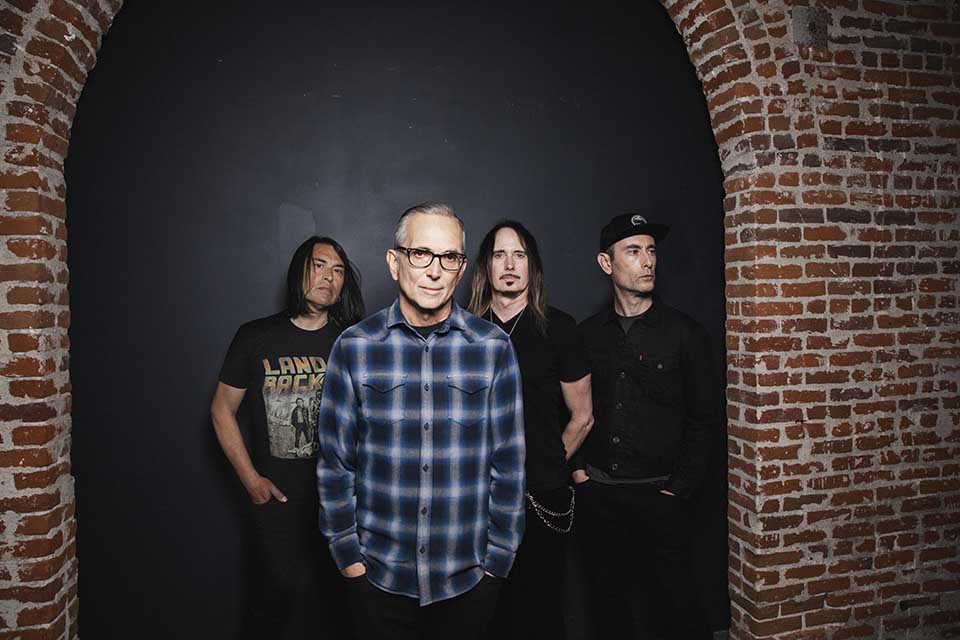 If you go to the Levoy Theatre on July 13 to see Everclear, you’ll hear “Santa Monica.” You’ll hear “Father of Mine.” You’ll hear “Everything to Everyone,” and you’ll hear other hits from the entire length of the band’s catalogue, back to their full-length debut, World of Noise, from 1993.

“The hits we play every night without fail,” says Art Alexakis, lead singer and composer. “I get frustrated with bands that won’t play their hits, It’s arrogant and shortsighted. Those songs changed my life, especially ‘Santa Monica.’ ”

On the current tour Everclear leaves room for requests and a cover or two during its almost 90-minute show. On the June 24 concert at The Meadows Racetrack & Casino, in Washington, Pennsylvania, the band added Thin Lizzy’s “The Boys are Back in Town” to its setlist.

“We’re also going to do a couple of songs off World of Noise for sure, and maybe even some hidden gems from back in the day that were B-sides,” Alexakis says.

The tour marks the 30th anniversary of Everclear, with their heyday in the 1990s. A pair of other groups from that era—Fastball and The Nixons—also appear on the bill.

Alexakis is the only member from Everclear’s founding days. But Dave French, on guitar and vocals, goes back to 2003. Freddy Herrera on bass and vocals joined in 2009. The baby of the band, drummer Brian Nolan, only goes back to 2018. But Alexakis put his stamp on the band’s sound from the beginning.

A SoCal native, Alexakis was too young to catch the Beatles in their initial performances on the Ed Sullivan shows in 1964. He watched the 1966 Sullivan show as a four-year-old and credits the Beatles for igniting his desire to be a rock star. Young Alexakis ran up to the TV in his underwear and danced that night while viewing the young girls freaking out in the audience.

That image stayed with him until his early teens when his mother bought him a guitar and lessons. The rest is history, ’90s style.

Capitol Records, the U.S. home for The Beatles, signed Everclear, with the band releasing 1994’s Sparkle and Fade, which contained “Santa Monica.”

Living back in Southern California these days, Alexakis has to deal with the effects of multiple sclerosis, which took hold in 2019. He still plays and sings well, but it’s becoming harder. Losing his balance and fatigue are problems he has to handle.

“I have problems when I warm up,” he says. “I just have to try harder. But I am really good about exercising even on the road, I also take naps in the afternoon, so I feel good when I walk on stage.”

He’s also back in school, maintaining a B average in psychology. Alexakis could complete his degree in two years. He hopes to be a coach and counselor for people in the creative industry.

But it all revolves around playing in Everclear. “That’s my passion and bread and butter,” he says.

Alexakis found the original masters for “World of Noise” and is having the tapes digitized and preserved in preparation for reissue this year, preferably on Spotify, Pandora, iTunes, and Amazon Music.

“I’m also going to do a vinyl pressing that will include some old demos and stuff,” he says. “It’ll be fun for the hardcore fans. I’m excited for everyone to get a chance to listen to this rarity of ours that really set the stage for this incredible career.”

About the time of World of Noise’s release Everclear was living in Portland, Oregon.

“I was angry back then,” Alexakis says in a press release. “I was 30 years old, broke, and the band I put four years of my life into—Colorfinger—just dissolved overnight. I was living in a place that didn’t like me because I was from California. People were constantly cutting me off when they saw my plates and flipping me the finger—even old ladies! I liked Portland; I wanted to fit in there, but man, people were just making it hard for me. But that was okay; I knew how to deal with adversity.”

Not ready to give up, Alexakis placed ads in Portland music papers seeking musicians for a new project. Future bassist Craig Montoya and drummer Scott Cuthbert were among those who answered the call. Those three would be responsible for getting Everclear not just up and running but soaring within the Portland scene.

“We just started plowing away,” Alexakis says. “We sucked at first, but we got better and better and played lots of shows and just grinded it. Then we went in and made a demo for 400 bucks. It eventually became our World of Noise.”

The band sent cassettes to local newspapers and venues, as well as national showcases like the SXSW festival, which accepted the group. While in Austin for the festival, demand rose in Portland thanks to the tapes. They made it into every paper in town. We became the new band in town. Everyone dug the tape. Clubs that wouldn’t even talk to us before were offering us gigs with big bands—Sub-Pop bands and touring bands from out of town. That’s when it really took off for us.”

In 30 years, Everclear released 11 studio albums, four certified gold or platinum. Sales exceeded six million records, with 12 Top 40 hit singles on various charts (including “Santa Monica,” “Father of Mine,” “I Will Buy You a New Life,” “Wonderful” and “Everything to Everyone”).

The North American tour extends for more than 25 dates. The band goes to the U.K. in the fall, and Australia in early 2023,

“To me, it’s a reason for celebration. I’m almost 60 years old. I’ve got MS. I’ve been through the ringer—a lot of it I put myself through—but I’m still here. The music’s still here. Everclear is still here,” he says in the press release. “Everclear is my band; it always has been. Its faces have changed, but the music stays the same. We’ve got a great band now, we’re tight as hell, we all love and respect each other, and we just go out and put on the best show we can every night. I’m blessed that I get to do this for a living and am truly grateful for my life.”