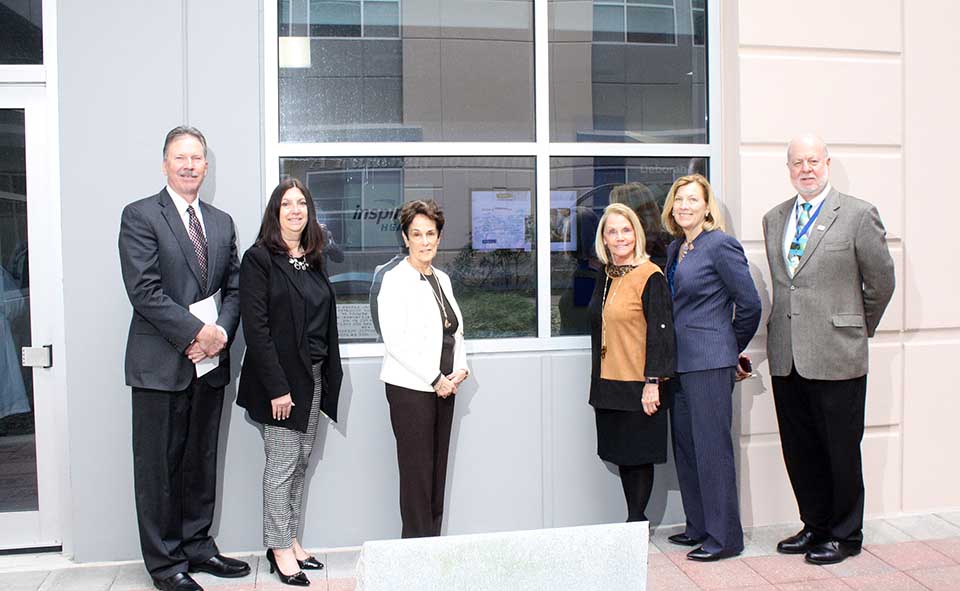 The Deborah F. Sager Memorial Fund (DFSMF) celebrated a decade of support from Century Savings Bank during an appreciation event recently at Inspira Medical Center Vineland. On the 10th anniversary of the bank’s first contribution, Century donated another $10,000 in December of 2021, matching donors’ dollars and fulfilling Century’s Preemie Promise pledges for 2020 and 2021. This most recent gift brings the total amount donated by Century Savings Bank to the DFSMF to $34,487.

Century’s generosity began in December of 2011 when the bank made its first donation to the DFSMF, which helps support medical care for premature infants at the NICU. Their year-end giving ramped up in 2016 when they launched their “Preemie Promise” campaign to fund the critical care needs of premature infants in South Jersey. Since then, Century has pledged to match individual donations to the DFSMF, dollar-for-dollar, up to $5,000, in the fourth quarter each year.

“Century Savings Bank is proud to celebrate the 10th anniversary of our support of the Deborah F. Sager Memorial Fund and encourage people in our community to take advantage of Preemie Promise to make a more impactful donation to help bring hope to critically ill, premature infants and their families in South Jersey,” said David J. Hemple, CEO of Century Savings Bank. “Inspira is making incredible strides toward improving each preemie’s chance for a miraculous recovery.”

Premature babies—those born as early as 23 weeks—have more health problems and require longer hospital stays than full-term babies and may also have long-term health problems. The Southern New Jersey Perinatal Cooperative reports that survival rates for tiny infants improve when they are born at a hospital with a Neonatal Intensive Care Unit.

Through a collaboration between Nemours Children’s Health System and Inspira Health, Nemours neonatologists and highly skilled Inspira nurses provide around-the-clock lifesaving medical care for premature and critically ill newborns who require intensive, and often complex care. The Deborah F. Sager NICU is able to care for preemies born at all gestational ages, and with birth weights of less than two pounds. Premature infants born in Cumberland, Salem, Gloucester, and parts of Cape May and Atlantic counties are provided with the lifesaving medical care.

With preemies spending from days to a few months or longer in the NICU, parents are often relieved that the expert care of the Deborah F. Sager Neonatal Intensive Care Unit exists so close to home, reducing travel time and stress.

Years after babies leaving the NICU, parents still consider the medical team as part of their support network, returning to visit and keeping doctors updated on their children’s health and well-being.