Year of the Tiger

Most of us will never see a tiger salamander but their health and numbers in southern New Jersey’s vernal pools is a habitat indicator. 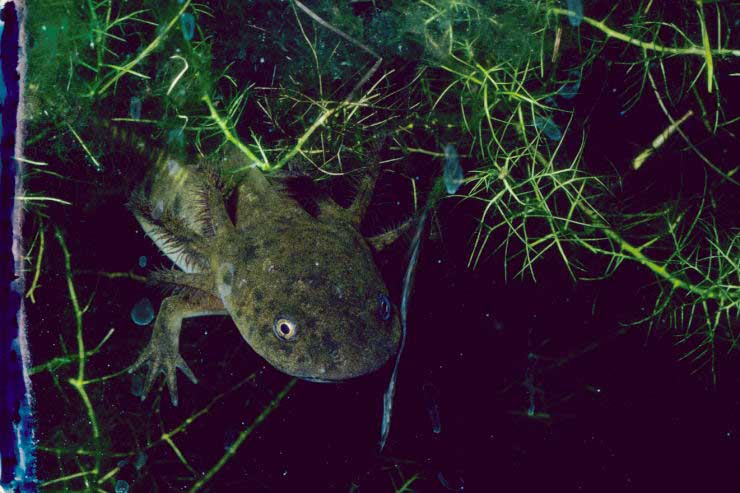 The Chinese New Year or Lunar New Year is celebrated in a number of East Asian countries. Compared to the Gregorian calendar, the Chinese version is complex and based on lunar phases, solar solstices, and equinoxes. It involves 12 zodiac animals and has rich symbolism. This is the Year of the Tiger and people born in 2022 would be considered to have traits linked to strength, bravery, and the exorcising of evils.

When China adopted the Gregorian Calendar in 1947 they renamed the New Year celebration the Spring Festival. The traditional event was curtailed by the Chinese government beginning in 1967 during the Cultural Revolution, but in 1980 reforms led to its reinstatement.

So in honor of the Chinese New Year I have unilaterally decided that the “Year of the Tiger” will be officially designated for celebrating the tiger salamander—since it is North America’s largest land-dwelling salamander. The New Year began January 1, 2022, so let’s dig out the red paper lanterns, firecrackers, banners, your Chinese dragon parade puppet, and some poles and we’ll boogie on down the trail.

Okay, I’m a sucker for a seasonal story hook. Tiger salamanders are fossorial and like all amphibians part of their lifecycle is land-based and part is aquatic. They are characterized by a gill-breathing larval stage. In the winter, on mild days between late October and March, adult salamanders return to the breeding ponds from which they metamorphosed to celebrate the New Year; well, okay—to mate.

Vernal ponds are especially important to this species. The ponds are characterized by a depression that holds water seasonally, generally winter and spring, but is dry for part of the year. The seasonal dry condition means it will not support fish that would predate on salamanders and their eggs. The New Jersey Division of Fish and Wildlife maintains a database of vernal pools because they are critical to the breeding success of a number of amphibian species. Degradation of these pools by pollution or invasion by exotic plants can destroy crucial breeding habitat. Fertilizer or lime from lawns can also render a pond uninhabitable. Some of our endangered creatures are especially vulnerable to changes in pH. For example pine barrens treefrogs need acidic waters, and the introduction of lime can be a death sentence. While wildlife managers have been able to create artificial vernal pools for tiger salamanders with varying degrees of success, the survival of these and similar species depends on protection of the vernal ponds that already exist.

In New Jersey, conservation agencies and organizations rate properties based on habitat qualities when ranking lands for protection or preservation. A vernal pond would be an example of a highly desirable habitat feature. You may recall in a prior article we talked about CHANJ—or Connecting Habitats Across NJ. This NJ Department of Environmental Protection program involves linking suitable habitats, as well as providing safe passage between them on roadways. This is very important to a host of creatures, especially those that rely on various habitat types. Our amphibians and reptiles are especially prone to roadway fatalities, so safe habitat corridors are important to survival.

Back to mating: This time of year male and female adults return to their natal ponds where males nudge prospective mates with their rounded snouts. A female will nudge back if amenable. The male will deposit spermatophores on the bottom of the pond and the female will deposit them in her cloaca, where they will be fertilized. Egg-laying typically takes place from January to March, surely in celebration of the Chinese New Year, don’t you think?

Aquatic plants are also important in that the female will deposit her eggs on vegetation or twigs in the pond. Her clutch will be between five and 122 eggs (average 50 per mass). One female can lay 250 to 350 eggs, deposited in various locations in five to eight different masses. Eggs might dry out if water levels drop; they can also freeze, causing mortality. So numerous locations and the selection thereof are important.

Eggs will hatch between March and April, having incubated for 30 to 50 days. Some remain in their aquatic form for their entire lives. The adults can live an average of 10 to 16 years. Breeding sites in New Jersey are pretty much limited to Cumberland, Cape May, and Atlantic counties.

You’re unlikely to see a tiger salamander out of a pond since they spend most of the year underground in burrows, commonly more than two feet beneath the surface. So what do they look like? They are stocky creatures with a rounded snout, a thick head, strong legs, and a long tail. They are six to eight inches long and weigh about four and a half ounces (the National Zoo suggests lengths up to 13 or 14 inches). The name “tiger” comes from the dark barred striping on their bodies, but this can be variable and displayed more as blotches. Their bodies are dark brown or black, with yellow, golden, or olive stripes on their backs, patterned in blotches or bars.

Tiger salamanders eat worms, snails, insects, spiders, tadpoles, mollusks, very tiny fish and small invertebrates; they will also eat the larvae of tiger and other salamanders. Other species like badgers, snakes, bobcats, coyotes, otters, turtles, and owls include the tiger salamander on their menu. Camouflage is their key defense. However, they will also raise their rear legs and wag their tail when threatened. They have a noxious sticky substance that they excrete from tail glands that can dissuade attacking predators. Fish and toads sometimes eat salamander larvae and in turn also produce a poisonous mucus.

Like most amphibians, tiger salamanders have porous skin through which they can breathe, making them especially susceptible to pollution. They must constantly secrete mucus to keep their skin moist. Being cold-blooded means they are dependent on their surroundings to regulate their body temperature. Because of this species’ susceptibility to pollution and temperature change, amending our actions in terms of fertilizers, limes, and toxic chemicals is important. Climate change can alter their lifecycles as well as many other creatures’ natural habitats. Ultimately our actions or inaction will impact the welfare of many species.

I have only seen tiger salamanders when accompanied by an expert, but knowing they are there is reason enough for me to celebrate the New Year!