Vineland Honors Fire and EMS for Saving a Life 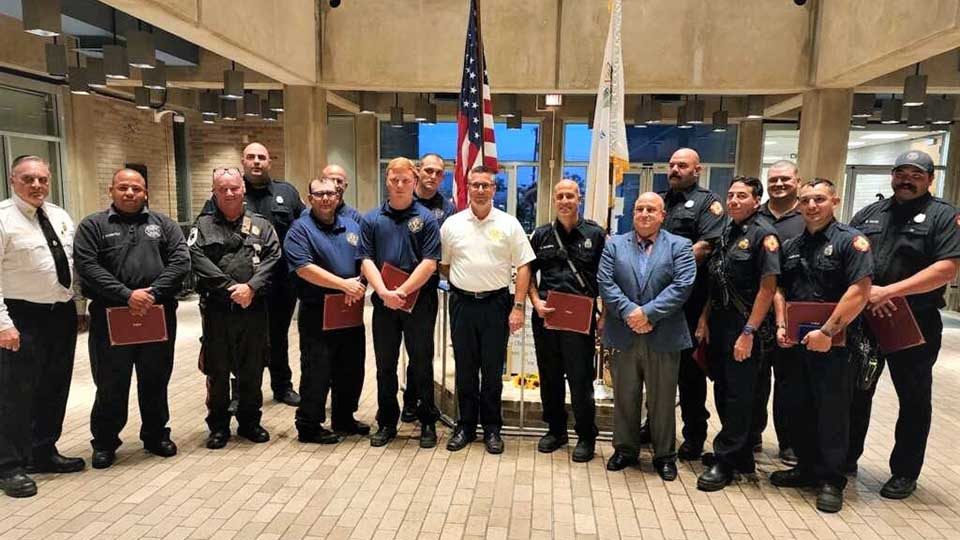 City of Vineland officials honored members of the Fire Department and EMS Division at last week’s City Council meeting for their efforts to rescue a Vineland woman from an apartment fire at the D’Orazio Terrace on West Avenue in July of this year.

Engine 6 and Tower 6 responded from Fire HQ, along with the Engine 2 Duty Crew out of Fire Station 2. Upon arriving at the scene, Firefighters had to force entry into the apartment and began suppression of a kitchen fire and search and rescue operations. FF Joseph Wheeler was met with heavy smoke conditions, but began to systematically search the apartment for occupants and found a woman lying in the hallway.

With the assistance of the assembled team, the woman was removed from the apartment in order to provide emergency care including oxygen and CPR. The patient was then transferred to EMTs who continued medical care and transported the patient to a helicopter landing zone where she was then flown to the Crozer Chester Burn Center.

“I want to commend our outstanding first responders for their professionalism and their bravery,” Mayor Fanucci said. “Because of their swift and heroic action, a tragic outcome was avoided. I have the utmost respect for all of our first responders and the job they do risking their own lives to protect others. Thank you again for everything you do to keep our community safe.”

“I am proud to honor all of you here tonight,” said Director of Fire and EMS Rich Franchetta, “and also to anyone else who may have been somehow involved in this call. It’s a team effort when we are called, and the Fire Department and an individual in need came out winning big on July 13th. Your performance was nothing short of exceptional and it is duly noted.”

Chief Luigi Tramontana echoed the director’s comments and thanked the members: “For everything you do to make the Vineland Fire Department the best in South Jersey, I am honored and proud to be your Chief.”

Thankfully, due to the combined actions of the following first responders, the woman is doing well today.