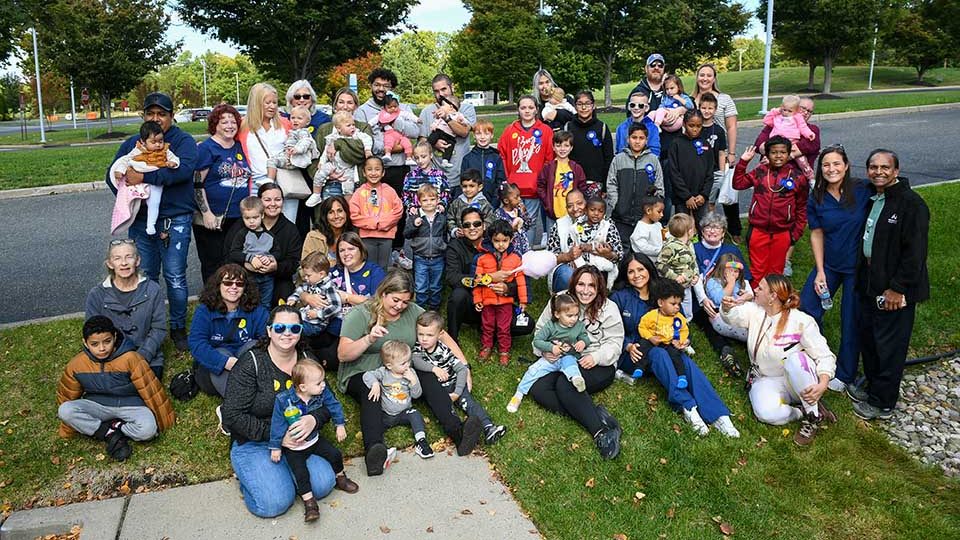 Inspira Health and Nemours Children’s Health celebrated the 10th anniversary of the Deborah F. Sager Neonatal Intensive Care Unit (NICU) at Inspira Medical Center Vineland with a carnival-themed reunion. NICU graduates and their family members, approximately 200 in all, attended the free event and reunited with the nurses, neonatologists and others who cared for them during their earliest and most fragile days.

The day was filled with hugs and smiles, and a few happy tears, as NICU families reconnected with members of the NICU team. Photos were taken and stories were shared as the nurses, doctors and therapists had the rare opportunity to see—and hold—babies and children that they had taken care of, for days, weeks and even months. Carnival games, face painting, a magician, and a photo booth entertained the children and their families.

“It’s a great privilege to witness the coming together of our NICU families and NICU team. Strong bonds often form between our caregivers and families while they are in our hospital,” said Elizabeth Sheridan, regional chief administrative officer for Inspira Medical Centers Elmer and Vineland. “Our highly skilled NICU team, including neonatologists from Nemours Children’s Health and specially trained nurses and therapists, is here to provide comprehensive care and comfort to newborns and their families. At the Deborah F. Sager NICU, we strive to make you feel at home and part of the Inspira Health family during, and after, your stay with us.”

“It is a blessing to see the positive impact that the Deborah F. Sager NICU has had on the families of this region,” said Penny Sager Rossi, founder of the Deborah F. Sager Memorial Fund. “The Fund has grown significantly in the past 40 years and has been able to donate over $700,000 to the Deborah F. Sager NICU since its inception in 2012. These dollars enable Nemours neonatologists, like Dr. Ashish Gupta, and Inspira’s professional NICU team to ‘make miracles happen’ by allowing these fragile infants to not only survive, but to grow and thrive.”

“The skill, dedication and love that goes into caring for the babies in our NICU is inspiring,” said Amy Mansue, president and CEO of Inspira Health. “We are so grateful to Penny and everyone who has supported the Deborah F. Sager Memorial Fund. Their generosity has helped us acquire the latest equipment and technology, which allows our amazing team to care for babies who require extremely complex care.”

For more information or to donate to the Deborah F. Sager Memorial Fund, visit dfsmf.org or contact the Inspira Foundation at 856-535-9405.