Turn of the Seasons 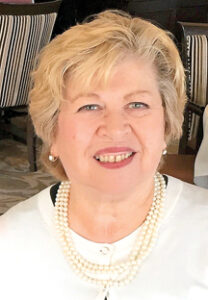 We bid goodbye to the summer season during Labor Day weekend with a fantastic Wheels and Wings Millville Air Show. The weather cooperated in a fabulous way with low humidity and lower temperatures—perfect for viewing.

The weekend started with the Pilots’ Party at the NJ Motorsports Park. Pilots, staff, and dozens of volunteers attended and enjoyed the pre-show celebration. Countless volunteer hours were underway at 8 a.m. on Saturday and Sunday mornings until 5 p.m. when the show closed.

The US Army Golden Knights put on two crowd-pleasing demonstrations jumping out of their aircraft and parachuting to the center spot of the airfield with precision and excitement. There were several aircraft acts that followed doing all types of acrobatics in the sky. The U.S. Airforce F-22 Raptor demonstrations were the star attraction. The powerful stealth fighter wowed the crowds and put on an amazing show.

The Millville Army Air Field Museum plans and hosts these great airshows. Hundreds of hours go into planning the event, which includes garnering business and individual sponsorships that help cover the high cost of the airshow. Ticket sales are vital to a successful event. In the end, the profit is there to support the rich history of Millville Airport, the first Defense Airport in the country to train fighter pilots in the P-47 Thunderbolt planes.

This year is the 80th Anniversary of the establishment of this air base and training center. The museum staff and volunteers invite you to visit the Millville Army Airfield Museum; it’s open Tuesday through Sunday from 10 a.m. to 4 p.m. There is no admission fee and there’s a ton of artifacts, history, and more on display.

Congratulations on a successful Air Show!

A very special Third Friday, September 17, is in the works. The Riverfront Renaissance Center for the Arts, Rowan College SJ (Clay College), and the Levoy Theatre have partnered to welcome the Strobe Artists and ArtC’s debut of a new documentary film.

From 6 to 8 p.m. the Riverfront Center will open the “Strobe Signature Artists’” exhibition at 22 N. High Street. Don’t miss more of the Strobe artists’ show at the Clay College, 321 N. High Street.

The documentary film A Rising Tide, the Artists of Goshen, will be shown at 8 p.m. at the Levoy Theatre, 130 N. High Street. There will be live music to open the evening at the Levoy – “Music from the Barn,” a 20-minute performance by Marnie Bevin Lengle, Dan Barry, and MQ Murphy. The live performance will be followed by a short documentary As You Wish, written and directed by Todd David McCarthy. ArtC will be celebrating its 10th Anniversary at all of these Third Friday events. ArtC’s mission is to Shine a Light on the Arts of South Jersey. Get a sneak preview of these shows on page 12.

The Glasstown Arts District and governing board (Millville Development Corporation) is very pleased to welcome these exceptional exhibits and programs. We’re looking forward to seeing a great turnout on September 17.