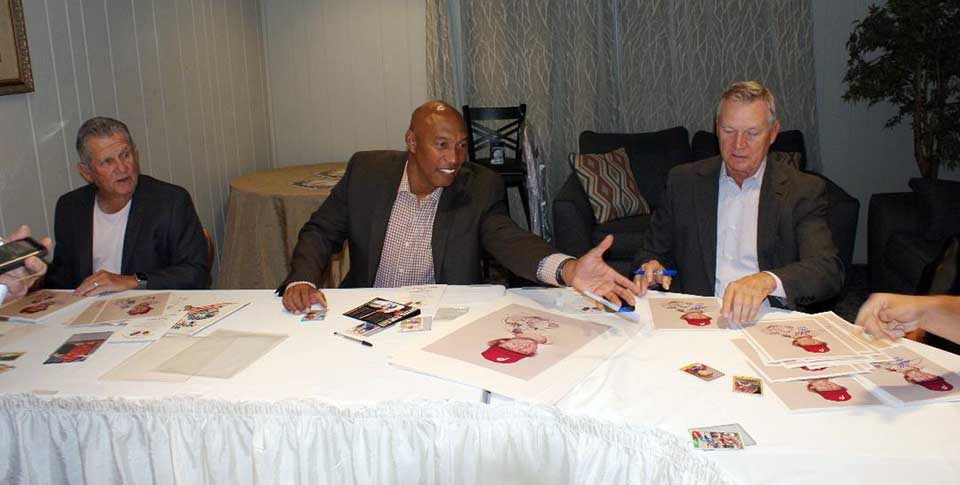 On October 20, “a blockbuster induction” was held by the South Jersey Baseball Oldtimers in association with The All Sports Museum of Southern New Jersey and the Phillies Welcome Staff at Auletto Caterers in Almonesson.

Special music was offered by Vanessa deJean, currently a senior at Holy Spirit High. “A History of The All Sports Museum of Southern New Jersey” was delivered by Joe DeLuca, vice chairman of the Museum.

G.O.A.T. (Greatest of All Time) Recognitions were given in honor and memory of Jack Scott to Woodbury’s Dave Budd, Bridgeton’s Ben Lynch and Ron Marino, Newfield’s Tom McCarville, and the Phillie Phanatic’s “Best Friend,” Tom Burgoyne.

A scholarship and donation were given to deJean for pursuing a college eduation in voice and Willie Bly, a resident of Mullica Hill, whose home was damaged by the recent tornado.