A look back at Halloweens past—with some ideas that might work well this year. 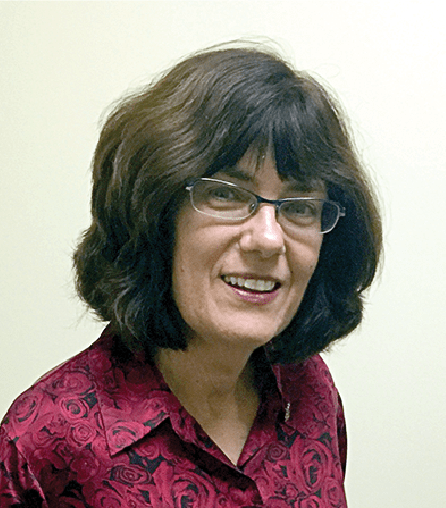 From the vaults of The Grapevine, we bring you a “Gleanings” column written a decade ago.

There was a John Grisham book titled Skipping Christmas on the bestseller list a few years back. The idea was intriguing enough, it seems, as millions of people read the book. I don’t know about skipping Christmas, but at our house this year, I unintentionally banned Halloween. Oops.

I know there are people who simply love Halloween. I don’t happen to be one of them. I’m trying to remember when this started. As a child, I always looked forward to the holiday. We didn’t go trick-or-treating, as houses were few and far between, but my aunts (Halloween enthusiasts through and through) held a party every year for their seven nieces and nephews. Weeks before, they decorated the farmhouse and yard with carved-out pumpkins and cornstalks. For the party, always held after dark, they lit candles in the pumpkins and dressed up, these three cool aunts, in what were probably the hip costumes of the day. I remember one of them, with outstretched arms beneath a great big yellow smiley face. Must have been the ’70s.

One of my earliest costume memories is when an aunt dressed as President John F. Kennedy, mask and all, and sat in a rocking chair. (It was a bit scary, so maybe it was 1964 or 1965.) I never could tell who was who, so it really got to me that my aunts and cousins always knew me right off the bat, no matter how good I thought my costume was that year.

Somebody said they knew me by my shoes, so I thought I would try to work on that the next year. It never occurred to me that they knew me just by my size, since I was the youngest/shortest). In addition to the Guess Who’s Who game, after the lights were turned on, we played a lot of the traditional games like bobbing for apples for awesome prizes.

Now let me fast-forward to Halloween as a parent. I liked the holiday when our kids were smaller. I made a few costumes and bought a few; one of my favorites was the year our twin boys were Buzz Lightyear and Woody from Toy Story. And early on, my daughter made the perfect Tigger, she was always bouncing around anyway. We took them around the neighborhood, and I enjoyed a tradition I had never participated in as a child.

The past few years, however, pirates, scary monsters, and a bride of Frankenstein have taken over my Halloweens. And the holiday starts well before the 31st, with too many parties, too much candy, sometimes multiple costumes, too much excitement and sugar to be contained in child-sized bodies.

This year, two hours before trick-or-treating was set to begin, Halloween was banned in our household. Here’s why: Our boys were tangled up in one of their usual weekend wrestling matches; when I asked them to stop and they wouldn’t, I sent them outside to rake leaves.

As they were going, laughing, I thought, “Okay, this is not enough.” I blurted out: “And no trick-or-treating tonight.” Well, this really got their attention. The leaves didn’t get raked, but they probably wouldn’t have anyway.

Then my sister arrived. She’s one of those Halloween people. She brought caramel apples and she was wearing her orange T-shirt with the pumpkin face on it. She had planned to go around the neighborhood with the kids while I greeted trick-or-treaters at our door. In all the excitement, I had forgotten to call and tell her the kids were grounded. I think she might have been as disappointed as they were. (She probably won a lot of those prizes at the family parties, too.)

But you know what? It worked out. After the initial whining and complaints, we all had a nice dinner, interrupted only by a few princesses and goblins at the door (I know…salt in the wound). Then we ate the caramel apples, and I gave my grounded kids some chocolate and a lollipop from the stash of candy we were giving out.

We watched the other kids arrive and enjoyed seeing them dressed up probably more so than if we had gone trick-or-treating with them. And here’s the best part—no candy hanging around the house for several weeks, no gorging, no sugar highs.

Did my kids learn a lesson? I don’t know, but I had a great Halloween.

PrevPreviousBit of Black Magic
NextSocial Media Trends For Your BrandNext