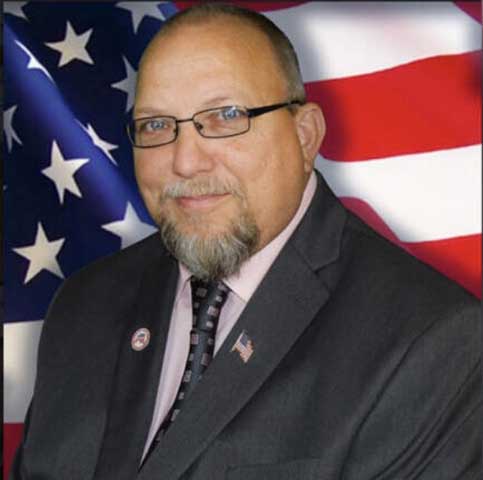 An important certainty in politics is there is no certainty. This principle was amply demonstrated last week when Republicans made strong showings and won important elections where Democrats were predicted to be the victors.

In a race that may have been the best national example of this trend, the 3rd Legislative District of New Jersey election, the Democratic power broker and 12-year president of the New Jersey State Senate lost to a controversial insurgent Republican who in his 2019 campaign for state office had lost by eight points.

Senator Steve Sweeney of West Deptford, the legend of political clout, fell by a margin of 51 percent to 48 percent to the now senator-elect Edward Durr, Jr. of Swedesboro in an earth-shattering upset.

The 3rd, considered for decades as leaning blue, covers all of Salem County, most of Gloucester County, and Bridgeton, Upper Deerfield, and Deerfield in Cumberland County.

Most observers thought the race turned on an “Anybody but Sweeney” dynamic rather than anything noteworthy presented by the Durr campaign.

”[Senator Sweeney] was collateral damage, “said Dr. Brigid Harrison a professor of politics and law at Montclair University. “I don’t think anyone who cast a ballot knew who Mr. Durr was. “

Sweeney, who at press time had yet to concede the race, seems to agree with Harrison. He told Politico, “I’m in a conservative district; it was a tide. It’s frustrating to watch what’s happening in Washington.”

Although generally being portrayed in the media as a “truck driver with no political experience,” Durr believes his positions resonated with voters.

“I didn’t go into it thinking I’ll never stand a chance; I knew if I could motivate people to vote then I had a chance,” he told Philadelphia’s Action News.

His main campaign issue was the infringement on the rights of New Jersey citizens with unnecessary restrictions during the pandemic.

“Our legislature sat by and allowed these restrictions to be enforced without one word out of the Senate president,” Durr told a conservative YouTube interviewer shortly before the election “They forfeited any right to reelection.” This was first reported by the Washington Post.

Durr is also a fanatic defender of the second amendment right to bear arms and an opponent of abortion.

There have already been calls for his resignation over past incendiary Twitter posts, including one where he denounced Islam as a “false religion” and denigrated the prophet Mohammed as a “pedophile,” according to the Post. He publicly apologized on Thursday and his social media accounts have been deleted.

Sweeney had won every time he ran for state office and was considered the second most powerful person in state government after the governor.

The question arises about the future of Sweeney’s career and power. Most observers believe this setback is temporary. “This is absolutely not a death blow,” said Harrison. “He’s an ironworker, he’s tough.”

State Senator and Cumberland County Republican Chair Michael Testa Jr. of Vineland, who won his second term last week, thinks Durr’s win represents a shift in the state’s political climate. “New Jersey does not want to be the California of the East Coast,” Testa told The New York Times. “New Jersey is not such a blue state.”

A call to a Sweeney staffer asking for comment for this story was not returned. Durr was unavailable for comment.