Millville’s glassworks industry began around 1800 and did not progress quickly. 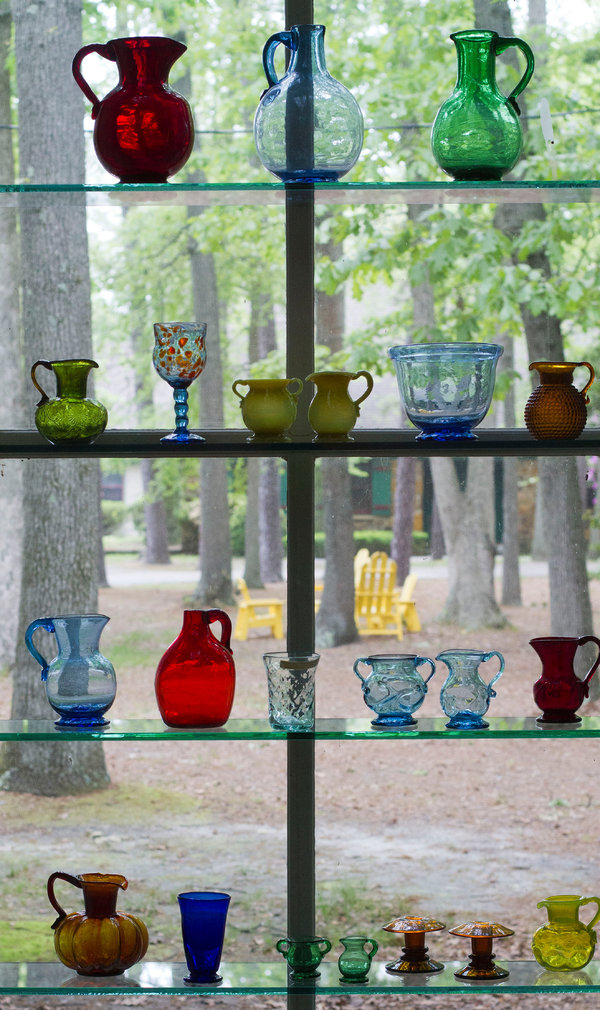 Throughout much of the 19th and 20th centuries, Millville’s identity was largely affiliated with the glassworks industry, but the development of the city’s notable glass factories was a process that required patience and the right people.

The start of Millville’s glass industry can be traced to Irish immigrant James Lee, who had been living in Port Elizabeth where he established, in 1799, the Eagle Glass Works, acknowledged as the first glass plant in South Jersey by the National Register of Historic Places. Virgil S. Johnson, in his book Millville Glass: The Early Days, describes Lee, who was born in 1771, as “an impulsive man” who “appeared to be of a restless disposition and was always abandoning one newly established enterprise for another.”

Lee’s list of projects attests to Johnson’s appraisal. His businesses following the Eagle Glass Works included another such factory in Kensington near Philadelphia and a partnership in 1814 with Ebenezer Seeley and Smith Bowen in Bridgeton that involved erecting a dam on the Cohansey Creek. Johnson explains, “It was the design of Lee and Seeley to erect a paper-mill, the power to be supplied by water brought down in a raceway from Tumbling Dam Pond to a site near the foot of North Street.”

The project ended before any paper-mill was constructed. Funding ran dry and Lee instead built a sawmill on the site and then turned his attention to establishing a dry goods store. Within three years, he and his family took to the road, settling in Cincinnati, New Orleans and Maysville, Kentucky.

Before all those ventures, however, Lee had decided in 1806 to contribute to the development of Millville by establishing a factory to produce window-glass and hollow ware on Buck Street at the site where the American Legion Hall would eventually sit. The area in which the facility was located became known as Glasstown.

Lee’s role in the city’s glass industry was, like his other enterprises, brief, but it was enough to draw attention to the region. As the city’s website points out, the abundance of fine white-grained silica sand, some of the finest in the world according to online sources, made it a perfect location for just such a business. Additionally, the wooded area provided enough trees for the lumber necessary to fuel the mills.

Prior to his Bridgeton enterprises, Lee sold his Millville factory in 1814 to Gideon Scull who, within four years, decided to produce only hollow ware. According to the South Jersey Magazine series “Millville’s First Glasshouse,” Nathaniel Solomon took control of the business, probably in the early 1820s, and served as “manager of the plant for a company of [glass]blowers,” a venture that failed.

In 1829, two individuals identified by South Jersey Magazine as Bergin and Wood operated the plant, adding a third party, Pearsall, to the firm the following year. Over the next three years, only Bergin and Pearsall remained.

As the Glasstown factory ownership was turning into a game of musical chairs, two Baltimore brothers, Frederick and Philip Shetter, heard about a South Jersey location that contained silica sand and a wide expanse of woodland necessary for a glass factory. The fact that a river with Delaware Bay access was part of the town convinced them in 1832 to invest in a tract of land that was, at the time, just south of Millville.

The brothers’ enterprise would add another nicknamed subdivision to the Millville region, Shetterville, as their new plant began manufacturing window glass. Their competition, Lee’s old factory in Glasstown, was now owned by Thomas Booth and William Scattergood. Booth’s involvement would end in 1838 when he left the company and G. M. Haverstick joined as partner. In the same year, a former sea captain named John M. Whitall also entered the firm of Scattergood, Haverstick & Co.

The Shetter brothers enjoyed a 12-year run with their Millville business before it failed. In 1844, the factory was sold at a sheriff’s sale to Lewis Mulford, William Coffin and Andrew G. Hay. In 1817, Coffin had established a glass factory with Jonathan Haines in what was the earliest incarnation of Hammonton. His Millville venture would be his last since he would die in 1844, leaving Mulford primarily in charge of the operation and a key player in determining the direction of Millville’s glass industry.