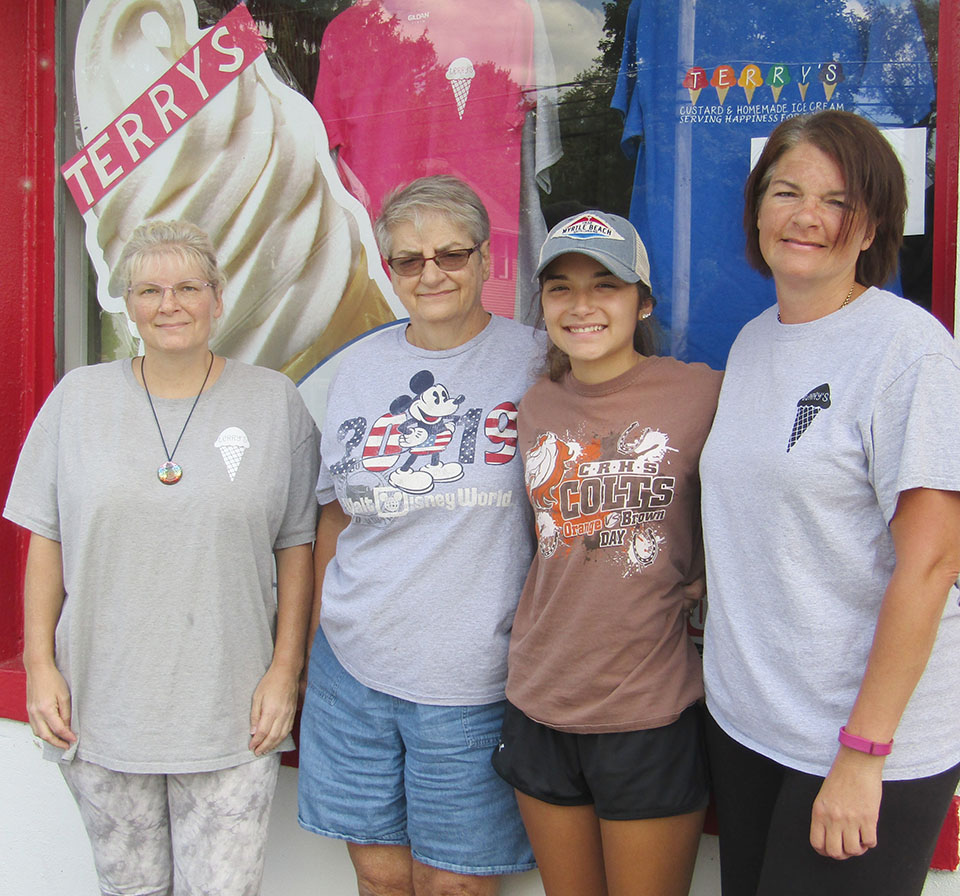 Winners of the Bridgeton Chamber of Commerce Retail Sector Award are Rita’s Water Ice of Bridgeton and Terry’s Custard.

Rita’s Water Ice of Bridgeton, which opened in June 1999, is celebrating 20 years in business this year. Although a franchise, Lu Ann Flacco and Tony Sbarra built this Rita’s from the ground up. The idea came to Tony when his niece worked at a Rita’s as a teenager and he enjoyed the product himself. Rita’s of Bridgeton has called 73 Landis Avenue in Upper Deerfield home for the past 15 years. It was previously located in another Upper Deerfield location.

They have previously received various awards, including Best Custard and Dessert over the years. They are very active in donating their time and products including free product coupons to golf tournaments, cancer runs and other community events and fundraisers. They feel joy in giving back as much as they can.

Rita’s in Bridgeton has about 10 employees in season, giving many teenagers their first job, which makes them like family. Their number one seller is the Mango Gelati. They take pride in their product, which is homemade, fresh and always in stock! Here’s to many more Mango Gelatis and years of business.

Terry’s Custard: In 1962 to 1963, Terry Busnardo Melchiorre and Katie Busnardo Schmidt, sisters, opened T&K Takeout. They specialized in subs and homemade pasta dishes. Terry’s husband Joe Melchiorre built Terry’s Custard for his wife with help from Jack Oster from Salem. When Katie retired, Terry and Joe bought the business and changed the name to Terry’s Custard, its current name.

Now the fourth generation is involved with the store located at the same spot for 55 years, 19 Park Drive in Upper Deerfield.

Many local teens had their first job at Terry’s and loved it. Lisa Mazzeo and Jake DeMaio were great employees along with many others. At the end of the season, they donate ice cream to Saint Teresa‘s kitchen, the VA home in Vineland and the dialysis center where Pat’s husband goes for dialysis.

Terry’s Custard is recognized for its decades as a family-owned and operated business, continuing Joe and Terry’s legacy of service to customers and community.

For more information about the awards celebration, sponsorship opportunities, or to make reservations to attend, call the Chamber office at 856-455-1312 or see cumberlandgrows.com/event/salute/