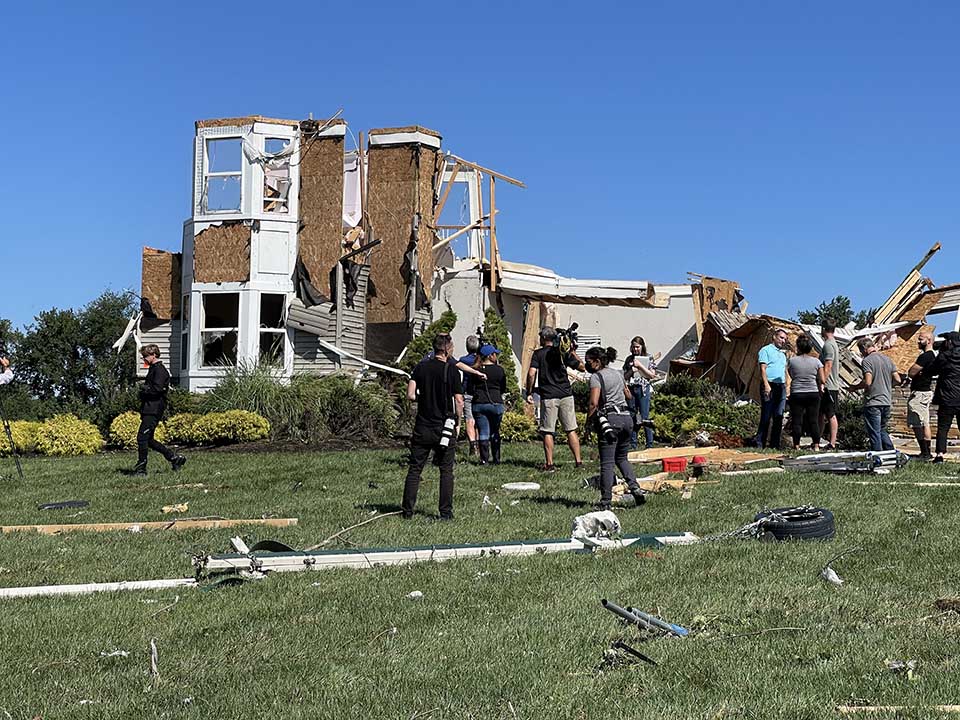 On the night of Wednesday, September 1, South Jersey experienced one of the most significant severe weather events in the past decade. The remnants of major hurricane Ida came barreling through the region bringing heavy rain, strong winds and several long-track tornadoes to areas that don’t ever experience that kind of weather. We knew several days before the system got here that there would be significant issues based on the natural spin of the atmosphere and the fact there was a stalled-out cold front sitting overhead to enhance the impacts.

Interestingly enough, there seems to a shift occurring as to is where tornadoes are most likely to form. We all know where Tornado Alley is, right? In the heart of the Midwest! However, this year alone we have seen many more tornadoes than Tornado Alley. There has certainly been an uptick over the past few years. Why is this happening? Is it climate change or something else? We don’t have enough data to definitively answer that. We won’t be able to figure out if this is a new normal until the middle part of the decade. At any rate, I think it’s important to always be weather aware and have a plan of action in place in case severe weather strikes our area again. It’s really not a matter of if, but when.

I had the opportunity to survey the tornado damage alongside meteorologists from the National Weather Service. We see these types of images on our televisions all the time, but we rarely pay too much attention to them. We think “Oh, that’s sad” and we move on because it didn’t occur in our own backyard. Until it does. Seeing homes completely ripped off their foundations was something I never thought I’d see in our area. The tornado that stormed through Mullica Hill and other parts of Gloucester County two weeks ago was rated as an E-F3 with winds at 150 mph. Many parts of the town suffered significant damage. Harrisonville, Mantua and Deptford were also hit pretty hard. I spoke to Harrison Twp. Fire Chief Matthew Cardile, who told me “in 26 years of doing this job, this is the worst thing I’ve ever seen.” He also told me there were no fatalities and everyone was prepared. That is exactly what I want to hear. Property can be replaced, lives cannot.

We are still in the peak of hurricane season and are bound to be impacted by another tropical system before things wrap up in November. Don’t be scared, just get prepared and always stay weather aware.