Robert Neary brings his Neil Diamond tribute to the Landis Theater this Friday. 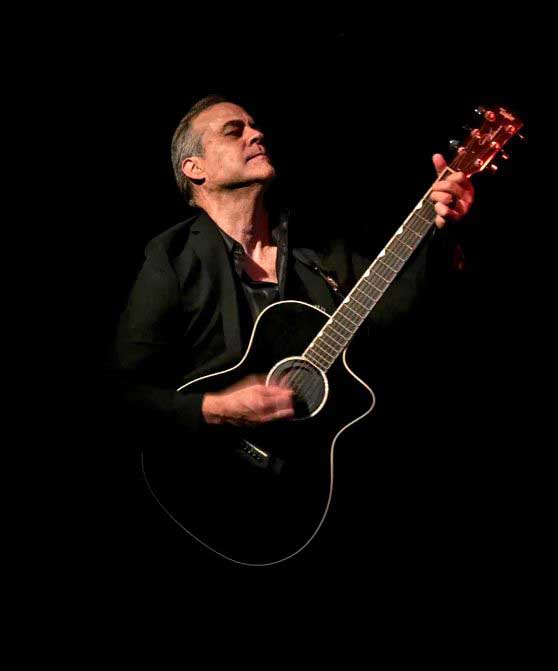 When Neil Diamond stopped touring in 2018 as a result of Parkinson’s disease, Robert Neary saw an opening for the next phase of his entertainment career.

He developed a tribute show. Called it “So Good! The Neil Diamond Experience,” in which he pays homage to the singer. Turns out, Neary grew up on Long Island listening to, mimicking, and recreating the style of Diamond.

He brings that style to the Landis Theater in Vineland for the second time on January 14, when he’ll do a 90-minute, 22-song performance, with the backing of a band called The Mystic.

Neary had an enviable track record as an actor years before he brought his Neil Diamond tribute to life. He went to Hollywood at age 20 and found work right away. “I was booking television and movie roles right away,” he says.

He’s been acting ever since. Music came second in his professional life. He played guitar in high school but never in a band. Never on stage. He chose the drama club instead, which makes more sense in the way his life has unfolded.

Early in his acting career, Neary appeared as a guest star in the television series Fame, then opposite Jason Bateman in the film, Teen Wolf Too. He acted in over 50 television shows, including Criminal Minds, Sons of Anarchy, The Closer, Grey’s Anatomy, Blue Bloods, Justified, The Fosters, FBI: Most Wanted, Weeds, Medium, NCIS and NCIS New Orleans. He also had roles in over 25 national commercials and motion pictures, most recently, Escape at Dannemora on Showtime in 2018.

After a two-year stint on General Hospital, Neary took time out from acting to move to Nashville to pursue contemporary gospel music. He recorded two solo projects, before returning to L.A. and acting.

He landed his first Broadway show in 1996, starring in Smokey Joe’s Cafe, where he met his wife, Natasha. He got to do Jailhouse Rock. He and Natasha went on to tour in the Elton John, Tim Rice Broadway hit, Aida, where he played the evil Zoser.

In 2017, Robert returned to New York and understudied the lead role of Sonny in A Bronx Tale, The Musical. He performed the famed role over a dozen times.

Despite his success as an actor, the acting business changed dramatically in recent years, he says. “Auditions became less frequent. I had to reinvent myself.”

The reinvention was “So Good! The Neil Diamond Experience.”

“It has been a deep passion to one day perform and put together a tribute show to Neil Diamond,” he says.

In putting together the tribute show, Neary came across what he calls the perfect band to support his Diamond show. The Mystic had been performing together for over 20 years. Their resumes featured performing in Broadway’s Moving Out, a TV series Rock Star Supernova, and on stage with Billy Joel and Elton John.

Watching the Neil Diamond Experience is like being at one of his concerts, Neary says. “I personify his stage presence and voice.”

It almost didn’t happen. “We were two weeks away from our very first show in 2020 when Covid hit,” Neary says.

When live shows returned, “So Good! The Neil Diamond Experience” played three sold-out dates in Northport, Long Island, not far from East Meadow where he grew up. After 35 years in Los Angeles, Neary again resides, on Long Island, with Natasha and their two children, Selah and Canaan.

Each performance presents the same songs in the same order, opening with “America” and concluding with a three-song finale.

“Something very special happens during the finale of our show,” he says. This finale includes three of Diamond’s hottest hits: “Holly Holy,” “Brother Love’s Travelling Salvation Show” and “Cherry Cherry.”

The Neil Diamond show has played clubs and cruise ships. His goal is to take the”Experience” to Las Vegas as a residency. And maybe perform in Atlantic City. One day, Neary would love to meet Diamond in person. Someday,

In the meantime, he’ll perform as if he were the real Neil Diamond. And he’ll still audition for any acting roles that come along.

PrevPreviousWrapping Up 2021
NextSouth Jersey’s First Babies of 2022Next