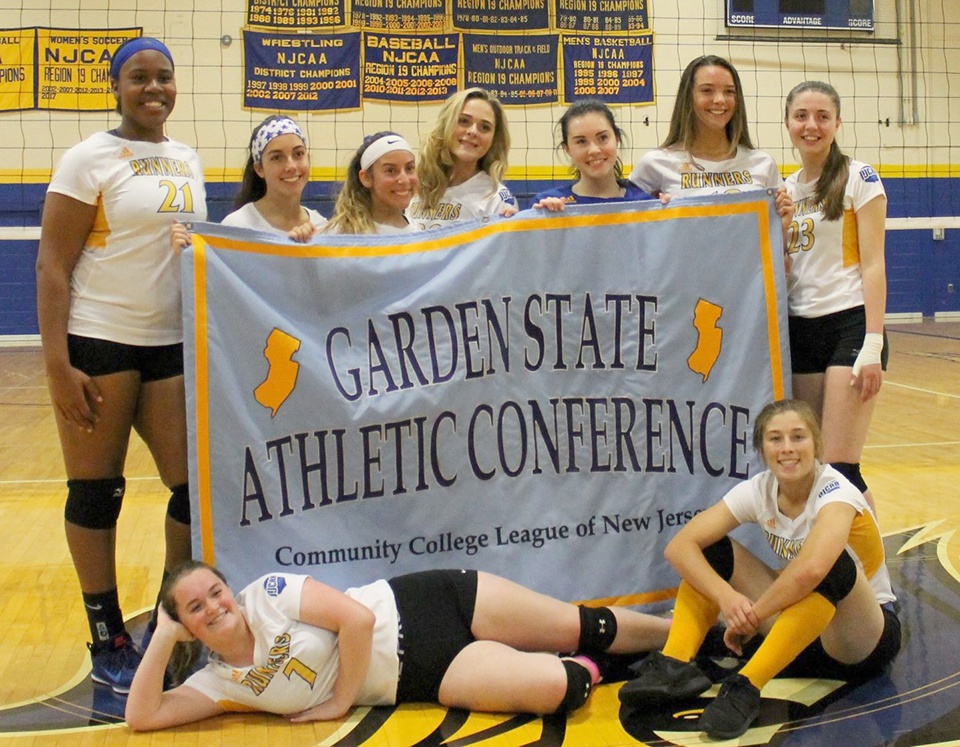 Following Saturday’s 3-0 triumph over visiting Brookdale Community College, Pierson let her team in on a little secret—they had just clinched a share of the Garden State Athletic Conference championship.

“We thought we would just let them play the game and then hopefully tell them the good news later,” said the smiling coach afterwards.

In just her fourth season at the helm, Pierson has guided her Roadrunners to the college’s first-ever GSAC title. The Runners, who swept all three sets by scores of 25-23, 25-20, and 25-21, improved to 11-5 overall and 6-1 in the GSAC to share the crown with Raritan Valley Community College. The victory was their eighth in a row.

With just one sophomore on the roster, Pierson’s team began the season with a 1-4 record against tough regional competition. But then team members banded together to win 10 of their next 11 as well as a share of the GSAC title.

“These young ladies didn’t know each other at all when the season started, but they really came together,” said Pierson who guided the program to its first Region XIX playoff berth last season. “We are so proud of their achievements and the hard work they put in all season long to get where they are today.”

There were plenty of heroes, starting with freshmen standouts Katie Burrichter (libero, Our Lady of Mercy) and Lauren Coffey (setter, Williamstown).

“We never played as teammates, but we had played against each other in high school and in traveling leagues,” said Burrichter. “We got to know each other well pretty quickly, turns out we make a great team.”

Ditto, said Coffey, who did not play her first game until several matches into the 2019 season: “When I arrived, I knew a lot of the players, just not as teammates.”

The team has earned a top-3 seed in the upcoming NJCAA Region XIX Tournament.For more on RCSJ sports: RCSJ.edu/athletics.