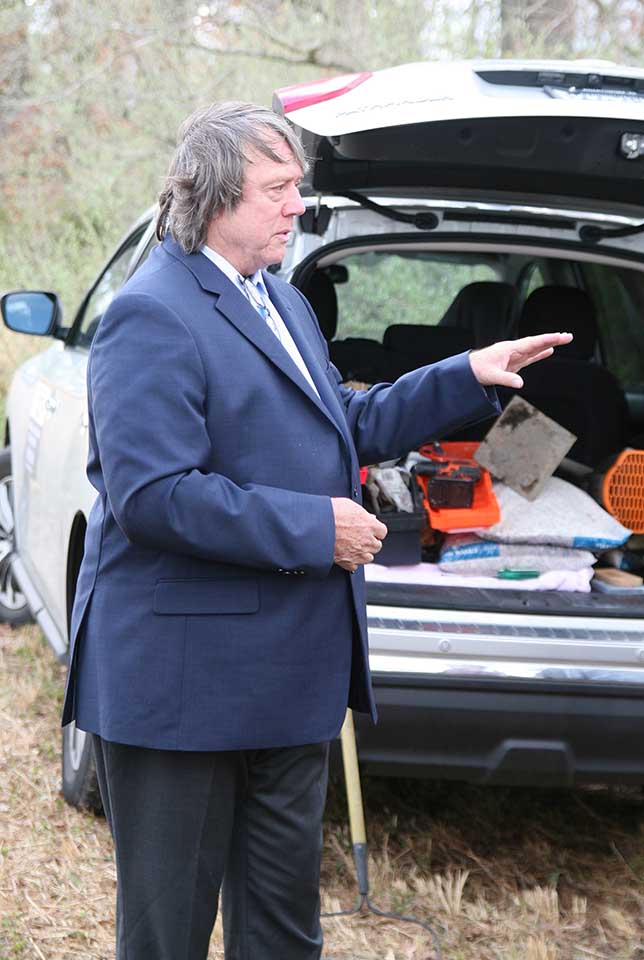 The new headstone on Carol Buck’s grave at the former Vineland Training School site was transported by David Swindal of Birmingham, Alabama, a lifelong fan of author Pearl Buck.

Thirty years ago, the adult daughter of internationally known author Pearl S. Buck, passed away in Vineland. Her name was Caroline Grace Buck, and for most of her life, Carol—as she was commonly known—was a resident of the Vineland Training School, a facility that once operated on East Landis Avenue as a home for developmentally disabled people.

Carol was laid to rest in the small cemetery once known as “Our Greenwood,” located at the back of the 150-acre site, with only a plastic and tin marker showing the location. On April 9, 2022, her gravesite received its first permanent marker. And so, a new chapter was added to her story.

About six months ago, David Swindal, a lifelong fan of Pearl Buck and her work, contacted the Vineland Historical and Antiquarian Society regarding the condition of Carol’s grave. Out of respect for Buck’s work, he wanted to provide a headstone for her daughter.

“We were so impressed by Mr. Swindal’s generosity,” said Patricia A. Martinelli, Society curator. “What is equally wonderful is the fact that Prime Rock, the new owners of the property, are planning to preserve the cemetery as a historic site for the people of Vineland.”

Carol was placed at the Training School when she was about 10 years old, the victim of a degenerative disease called PKU, which damaged her learning abilities. Her mother had “Carol Cottage” built on the site and it became her lifelong home.

About 169 former residents and employees of the Training School are believed to be buried at the site.