From Superfund Law to Pinelands Protection, Florio Remembered as an Environmental Champion 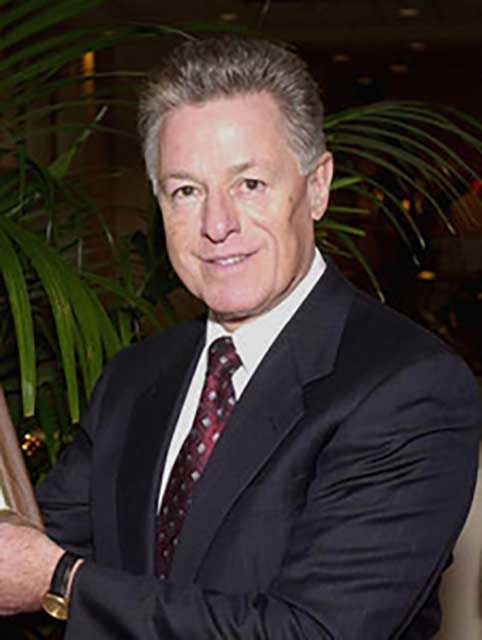 This story is being republished under a special NJ News Commons content-sharing agreement related to COVID-19 coverage. Link to story: northjersey.com/story/news/environment/2022/09/26/gov-james-florio-nj-environmental-superfund-pinelands/69519684007/

When Jim Florio joined the House of Representatives in 1975, New Jersey was still an industrial dumping ground whose out-of-control housing and commercial development was gobbling up pristine open space.

For the next few years, he worked almost exclusively on reversing that.

Florio, who died Sunday night at 85, was remembered as an environmental champion whose policies helped clean up toxic pollution, improve public health and preserve the state’s natural beauty. As a congressman, he helped create the Superfund cleanup program and preserve the Pinelands. As governor, he shut down incinerators and supported greater scrutiny of polluters.

“A quote on Jim Florio’s environmental legacy doesn’t do him justice — a book is needed,” David Pringle, a longtime New Jersey environmental advocate, said Monday. “He not only lived but led our nation’s modern environmental movement for decades.”

Environmentalists praised his one term as governor, from 1990 to 1994, for helping to reduce the number of trash incinerators across the state while also supporting two key laws: the Clean Water Enforcement Act in 1990, which required greater scrutiny of drinking water providers, and the Pollution Prevention Act in 1991, which sought to reduce discharges from industrial and other sites.

Despite his work as governor, two of Florio’s crowning achievements came years earlier, shortly after he took office in Congress.

The Pinelands became the first national reserve in the U.S. under the National Parks and Recreation Act of 1978. It curtailed development in an effort to protect the 17 trillion-gallon Cohansey Aquifer, which provides drinking water to most of southern New Jersey. The Pinelands covers 22 percent of New Jersey and is home to about 700,000 year-round residents.

Decades later, between 2002 and 2005, Florio also served as chairman of the state agency tasked with protecting that region—the New Jersey Pinelands Commission.

“This region has been protected for more than four decades and will continue to be safeguarded for future generations, thanks in large part to Gov. Florio,” Pinelands Commission acting Executive Director Susan R. Grogan said in a statement.

Laura E. Matos, chair of the commission, who served as an intern in his office, said Florio’s legacy is still felt today in the Pinelands. “This work is meaningful and necessary and is as important today as it was the day he created the Pinelands National Reserve as a member of Congress,” she said.

Setting up Superfund: Former NJ Gov. Jim Florio attended an Obama-Biden transition project on health care meeting on December 30, 2008. A group of 75 healthcare leaders from NJ met in Trenton to discuss the most important elements of health care reform that the Obama/Biden administration should address.

Florio’s liberal roots made him a believer that government could change lives for the better. He spent years writing, rewriting and advocating for a bill that would compel polluters—not taxpayers—to pay for cleanups of massive toxic sites, from PCBs in the Hudson River to dioxin in the Passaic River.

Having dealt with New Jersey’s long history of pollution as an assemblyman, Florio said he modeled the legislation after New Jersey’s own Spill Act, passed four years before Superfund, which required polluters to clean their own messes.

Doug O’Malley, director of Environment New Jersey, said Florio dealt with significant pushback during the bill-making process since his South Jersey district was home to some of the state’s largest polluters. But he remained firm that the polluter must pay.

“The cleanup of every polluted Superfund site in the state owes a debt of gratitude to Jim Florio’s tenacity more than 40 years ago,” O’Malley said.

The Superfund program would have a mixed record over four decades.

It accelerated initial cleanups by stopping pollution from spreading offsite, with more than $3 billion spent on New Jersey sites in the first 30 years alone. But full remediation has been slow due to funding cuts, court battles with polluters, questionable decisions by the U.S. Environmental Protection Agency and the complexity of removing toxic chemicals from soil and groundwater.

That has left dozens of sites in New Jersey still contaminated and sitting dormant for decades—something that irked Florio in his later years. New Jersey leads the nation in the number of active Superfund sites with 115—many of them on the list since the early 1980s. Only 36 have been fully cleaned and taken off the list.

Florio blamed the program’s problems on the end of the “Superfund tax” on chemical and oil companies, which helped pay for cleanups at “orphan sites” that did not have a deep-pocketed polluter to fund remediation. The excise tax expired in 1995 and the Bush administration later fought attempts to reinstate it, arguing that it unfairly burdened companies that played no direct role in the pollution.

“It’s pretty clear that if you had that funding in place, you would be able to do the work that needs to be done,” Florio said in a 2012 interview. “We have more Superfund sites than any place in the union, so this affects New Jersey in a much more substantial way.”

The tax was reinstated this year as part of President Joe Biden’s Infrastructure Investment and Jobs Act and is expected to generate $14.5 billion over the next 10 years.

“His career of selfless service will long continue to improve the lives and environment in New Jersey and across the nation,” LaTourette said.