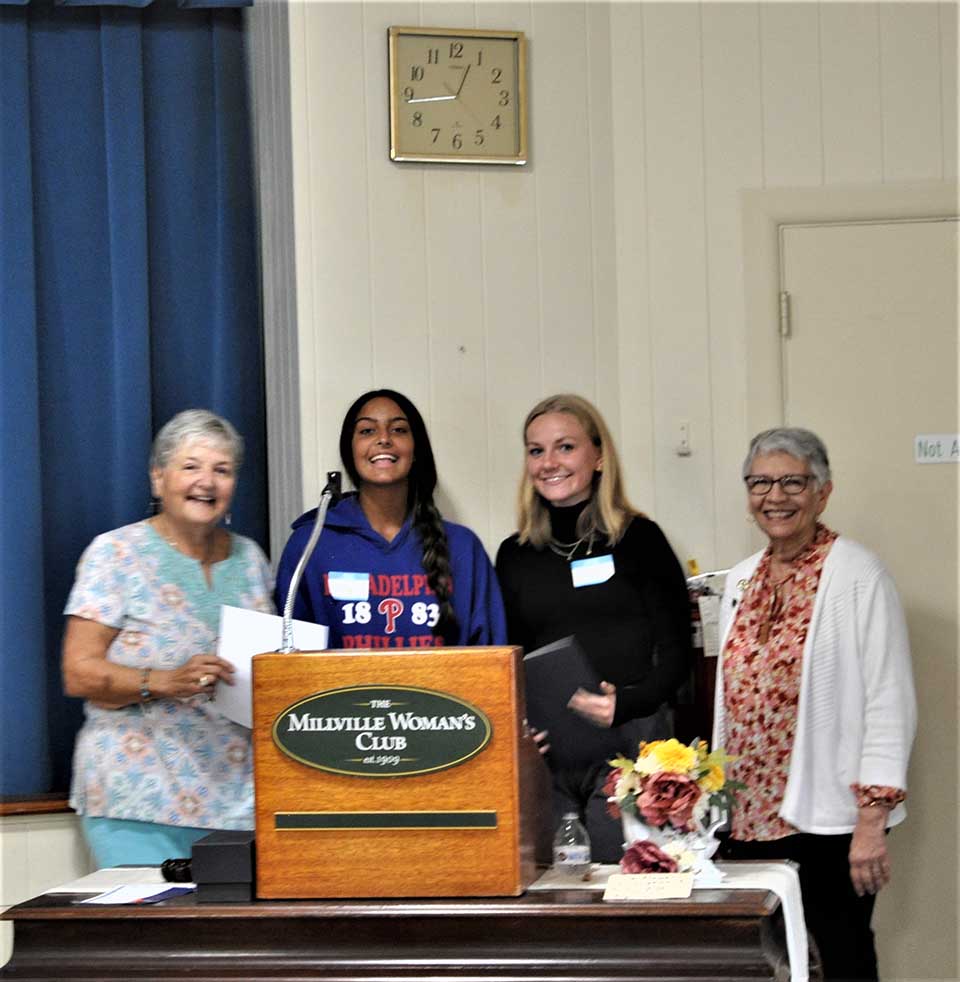 Following lunch, Beth Gebhart of Journey Hospice, provided an excellent overview of Journey Hospice and end-of life care, reviewing their mission and noting it is a part of Lutheran Social Ministeries of NJ. She outlined who qualifies to receive hospice services, how to become involved with hospice and the extensive array of services offered. Gebhart reviewed the role of the hospice volunteers, emphasizing their importance and welcoming anyone who might be interested in becoming a hospice volunteer. Additional information regarding Journey Hospice is available at journeyhospice.org.

As co-chair of the Education Committee, Donna Pio introduced special guests Taylor Whitaker and Lily Mahabir, accomplished honor students in their senior year at Millville High School. Taylor is president of the National Honor Society, has received Bronze and Silver Congressional Awards and is working toward Gold. She has received Varsity letters in marching band and girls lacrosse. She has also been active with the Levoy Theatre and is in Early College Program and will be graduating from high school with an Associates Degree as well. She plans to pursue a degree in political science and later attend law school and become a lawyer.

Lilly is also in the National Honor Society and has received Bronze, Silver and Gold Congressional Awards. She has been in Academic Varsity and Sports Varsity. She has participated in field hockey, baseball (manager), lacrosse and swimming (four-year captain). She has been a Junior Swim Coach at Cumberland Cape YMCA, lifeguard at Holly City Swim Club, Small Town Sticks field hockey coach as well as being active with the Millville Public Library, Levoy Theatre, Child Family Center and Wheaton Arts.

Both students were sponsored by MWC and attended Girls Career Institute at Douglass Residential College for a “mini college experience” in June. Each of them recounted their positive experiences there. Club members wish these young ladies much success.