By 1786, Woodbury was chosen to replace Gloucester City as county seat.

Native Americans called it Piscozackasing, which means “place of black burrs.” Its current name, Woodbury, has a more complicated origin.

According to South Jersey Towns by William McMahon, “the Indians most likely derived their version from the burrs of the many chestnut trees in the vicinity,” but “there are several versions as to how Woodbury got its present name, many having to do with wood and berries.” And while there may be some truth to those accounts, a likelier explanation would be that it was named after its founder and the geographical region from which he emigrated.

Henry Wood was a Quaker living in Lancashire, England near the town of Bury. Wishing to escape the religious persecution that led to his incarceration for a time, he and his family sailed to the New World, settling in the Gloucester County region of South Jersey.

Information McMahon shares about Wood and his sons obtained from records of the family informs us that on April 3, 1683, before sailing across the Atlantic, Henry’s son John “bought from Edward Byllynge 100 acres of land” in Old Gloucester, with his father and three brothers purchasing an additional 200 acres.

“The first official record we have of the name Woodbury,” McMahon writes, “is a survey of 300 acres on the lower side of Red Bank…in November of 1683” which mentions Woodbury Creek.

John soon became active in Gloucester County politics, serving “as a member of the provincial legislature in 1685,” McMahon notes, and as “a justice of the first court held in the county.”

According to NJ Gen website’s “Early History of Old Gloucester,” from 1688 “until the War of the Revolution the place is destitute of any history that has been preserved, but the incidents of the military movements in 1777 in the neighborhood go to show that it must then have had a population of two hundred or more.” It is known that Quaker and Presbyterian meeting houses were built in 1716 and 1721, respectively.

Both American and British forces occupied Woodbury during the Revolutionary War, with the Presbyterian church serving as a hospital after the Battle of Red Bank. “Early History of Old Gloucester” reports that “during the winter of 1777, Lord Cornwallis had his headquarters in the residence now occupied by the family of the late Amos Campbell, and the doors and cupboards still bear the marks of the British bayonets used in forcing them open.”

By 1786, as McMahon notes, “the question of a more centralized county seat was submitted to voters, and as a result Woodbury was chosen” to replace Gloucester City, which had served as county seat for the previous 90 years.

Woodbury, which the City of Woodbury website reports “was part of Deptford Township prior to 1854,” also served as the landing site of what McMahon refers to as “the first airborne flight in the New World” in 1793. On the morning of January 9, a hydrogen-filled balloon carried Jean Pierre Blanchard and his dog from “the old Walnut Street Prison yard on Sixth Street, Philadelphia,” where George Washington was on hand to witness the moment, to Woodbury.

The flight, during which Blanchard reportedly reached an altitude of approximately one mile, traveled the 15 miles from the City of Brotherly Love to Woodbury in 46 minutes. McMahon explains that the balloonist then “returned to Philadelphia by horseback, carriage and ferry,” a journey that took six hours, where Blanchard presented Washington the flag he had carried during the flight.

“Early History of Old Gloucester” identifies that by 1815 Woodbury “had grown so as to require four taverns for the local and traveling trade; it had also seven merchants and three physicians and there were seventy-one dwellings.” The town was incorporated as a borough in 1854 and as a city in 1870. 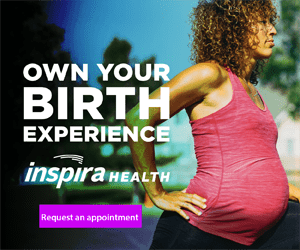 2021 Big Draft: BBBS, NFL Team Up to Recruit Next Generation of Bigs