Vineland Dispensary One of 13 in State Selling Recreation-Use Marijuana 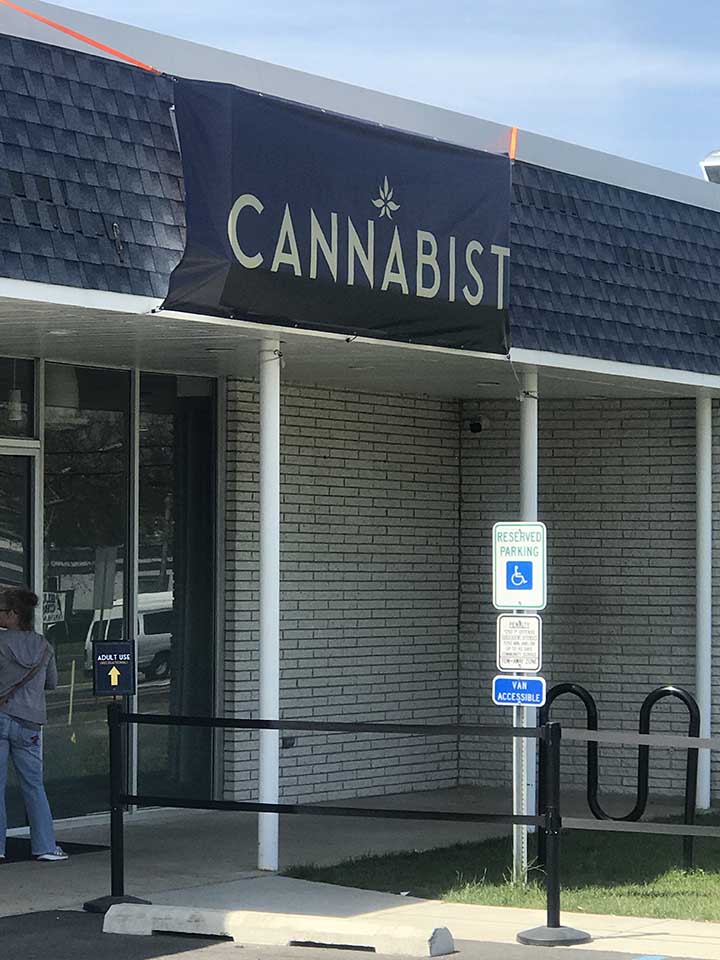 Things were quiet on Friday afternoon at The Cannabist dispensary on North Delsea Drive in Vineland, as recreational marijuana sales in the state entered their second day.

The Cannabist chain is owned by Columbia Care, one of the largest “alternative treatment centers,” (medical marijuana) companies in the U.S.

At press time, The Vineland and Deptford dispensaries were only permitting recreational sales between 5 and

“These limited hours will expand as demand and market dynamics evolve,” the company said. “Stores will offer medical-only hours and pick-up lines to ensure that patient access is unaffected with the onset of adult use sales.”

Guaranteeing that enough product is available for both medical patients and new recreational customers is a critical concern of state regulators.

“These approvals were given based on commitments from the alternative treatment centers that we would not see adverse effects with expansion,” said Dianna Houenou, chair of the state’s Cannabis Regulatory Commission.

“Expansion into the adult-use market—with a substantial advantageous start ahead of new applicants—is a privilege that must not be taken lightly. We expect these alternative centers to uphold their promises to patients and communities and that recreational customers will be adequately served,” she added.

Gov. Philip Murphy has estimated $30 million in tax revenue for the 2022 fiscal year and $121 million for 2023 from adult-use cannabis product sales. Appearing at the Zen Leaf dispensary in Elizabeth on Thursday morning, he said recreational sales would help create many jobs and help generate more than $2 billion in sales over the next four years.

Local governments can place a two percent tax on a dispensary in their jurisdictions.