Stronger Than the Storm

RCSJ Roadrunners find strength in sisterhood and victory amid adversity. 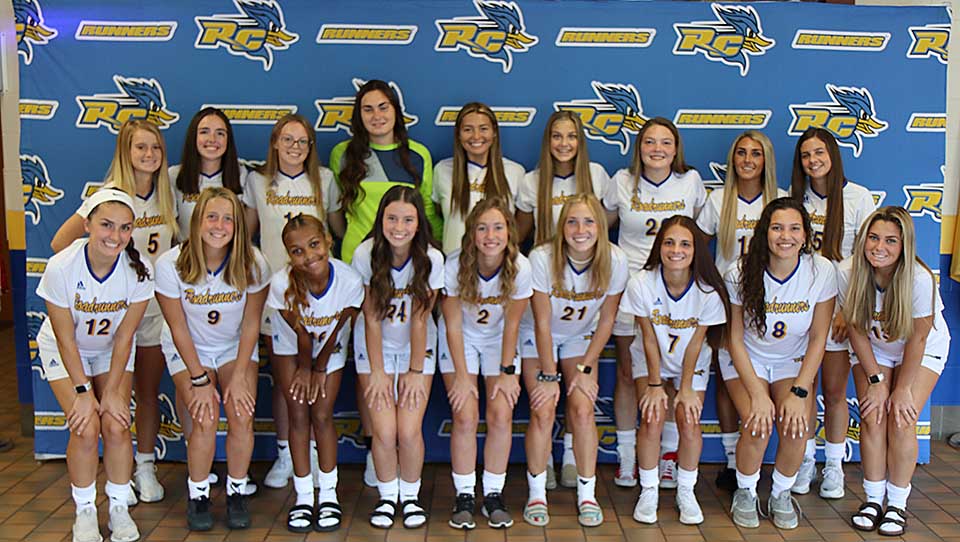 Over her 12-year career as head coach for the Rowan College of South Jersey (RCSJ) Women’s Soccer program, Megan Ruttler has learned that cultivating team chemistry is critical to maintaining the Roadrunner’s status as one of the nation’s most successful Junior College Division III programs. But even with her wealth of experience, Ruttler could not have predicted that her players would find inspiration in a near-tragedy weathered as a team.

On September 1, freshman midfielder/forward Ella Van Dine had invited her fellow Roadrunners to her Wenonah home for some team bonding over a pasta dinner. The women were unaware that Hurricane Ida and its three powerful tornadoes were preparing to tear their way through Gloucester County, until a chorus of emergency alerts blared through every cell phone in the room.

“We got the emergency alerts, and we kind of ignored them,” said sophomore center back Emily Martin. “We get them all the time and you never expect (something to happen) in New Jersey. The next thing you know the windows are shattering and everyone is sprinting to the basement.”

The RCSJ players, including several whose automobiles were totaled, huddled in their teammate’s basement, anxiously waiting out the storm and wondering if they would survive.

“When we were in the basement, we thought that was it for us,” said sophomore back Sabrina Baer. “We thought these were our final moments.”

Once the storm subsided and the damage was assessed, the Roadrunners discovered an incredible bond amid the loss. That has been most evident to Van Dine, whose family home was deemed uninhabitable following the storm. She, along with her parents and brother, are relocating to a rental home nearby until repairs are complete; but in the immediate aftermath of the storm, Van Dine found herself overwhelmed by the support of her new RCSJ teammates.

“The girls were texting me: What can we do?” recalled Van Dine. “Some of the girls came over and brought tarps. They even stayed after when there was a lot of cleanup to be done, packing stuff up when we had to get out of there.”

The experience could have sidelined any team, but this impressive group of women have turned disaster into a catalyst for victory. The Roadrunners are off to a strong start with their perfect 6-0 record and the No. 2 national ranking in NJCAA Division III.

Coach Ruttler, while duly impressed by her team’s repeated victories on the field, cannot help but focus on the incredible resilience of her players and the bond that they have formed.

“Life took a sharp turn when those tornados ripped through our area, and the team really leaned on each other to get through a terrifying experience” reflected Ruttler. “Rushing to a basement, windows shattering right before their eyes, to then learn a lot of personal property was damaged—it brought them together. Additionally, they stuck by Ella’s side offering aid in any form possible for a group of young adults. Monetary donations, tarps for the roof, a warm/dry bed to rest. They stepped up for one another and I’m deeply proud of them for that.”

RCSJ’s honor societies and Foundation have teamed up to help members of the RCSJ community effected by Hurricane Ida – with 100 percent of all proceeds going directly to Gloucester County families in need.