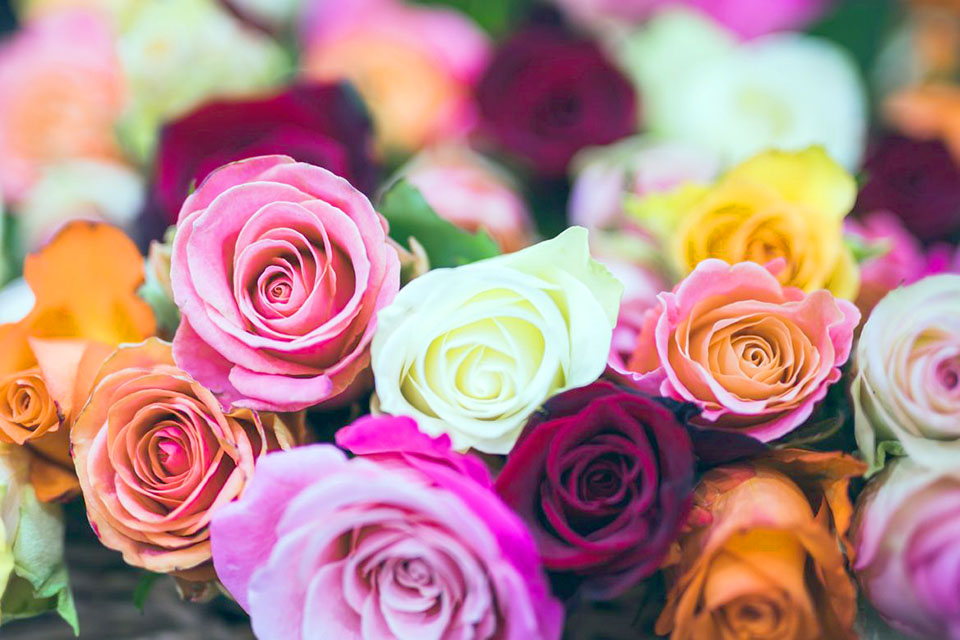 For centuries, the color red has been associated with passion, deep love, desire, and romance—so naturally, it’s the hue of choice for Valentine’s Day, the celebration of romantic love.

It’s not the only color that’s supposed to mean something that day, too. Just ask the bewildered customer trying to pick out the proper rose to convey the right sentiment. Pink for gratitude? Yellow for friendship? Get it wrong and you could be sending the wrong signals.

But other than sweaty palms at the thought of picking out the wrong rose, can color really produce a physiological and/or psychological effect on us?

Just in time for Valentine’s Day, we turn to Sarah Allred, an associate professor of psychology and faculty director of the Senator Walter Rand Institute for Public Affairs at Rutgers University–Camden.

Allred, whose research includes the philosophy of perception, and visual perception and memory, explains that a number of studies have indeed demonstrated consistent cross-cultural psychological responses to color.

In these studies, she says, participants usually see a patch of color and are asked to apply an emotion to it, such as “tense” or “calm.” Some of these colors elicit fairly universal responses, while others are more controversial.

“For instance, desaturated blues, like the sky, are perceived as calming,” says Allred.

The only consistent physiological effect, she continues, is for the color blue. This is due to a photoreceptor called melanopsin that detects light, not for one’s visual system, but for the circadian system—the physiological system that regulates sleeping and waking cycles.

“Bluish light activates that pathway,” she says. So if you want to set the mood for a romantic dinner, says Allred, pale, desaturated blues could do the trick. However, she is quick to note, in general, research suggests that it isn’t the hue of the color that is relaxing or not—for example, whether it is blue, green, red, or purple—but the saturation, or how “intense” the color is.

So then, what about the all-important color red? What messages might a red rose, tie, or dress send? Allred says that, for both men and women, the color red is associated with signs of attraction. Red is also associated with power. So, for example, if men wear red ties or hats, on average, we think of them as more aggressive.

Exactly how the color red influences our psyche, says Allred, is steeped in controversy. According to one theory, she explains, humans have emotions associated with colors because these colors have been associated with particular objects over human evolutionary history.

“The researchers argue and have evidence for the idea that over our evolutionary history, red was associated with high-intensity objects, such as blood, as well as mate selection,” says Allred.

In much of the animal kingdom, she says, subtle variations in shades of red serve as mating signals—for instance, flushed cheeks and skin indicate attraction—and in many mammals, variations in skin tone in the genital area indicates fertility.

In many instances, says the Rutgers–Camden researcher, the psychological impact of colors has less to do with any inherent characteristics of the colors themselves and more to do with how we use them to signify associations or group membership. For example, she says, think Eagles green or Flyers orange.

“These colors will elicit strong emotions from people, but not because orange or green is inherently emotional, but because they elicit our emotions about the Eagles or Flyers,” she says. “Because of the way our brain architecture works for color, the color is an especially salient indicator, as opposed to just a logo without the color.”

Allred adds that, even though there are observable laboratory effects for phenomena such as emotional preferences to color, these effects are small and, on Valentine’s Day, likely to be very overwhelmed by many other factors.