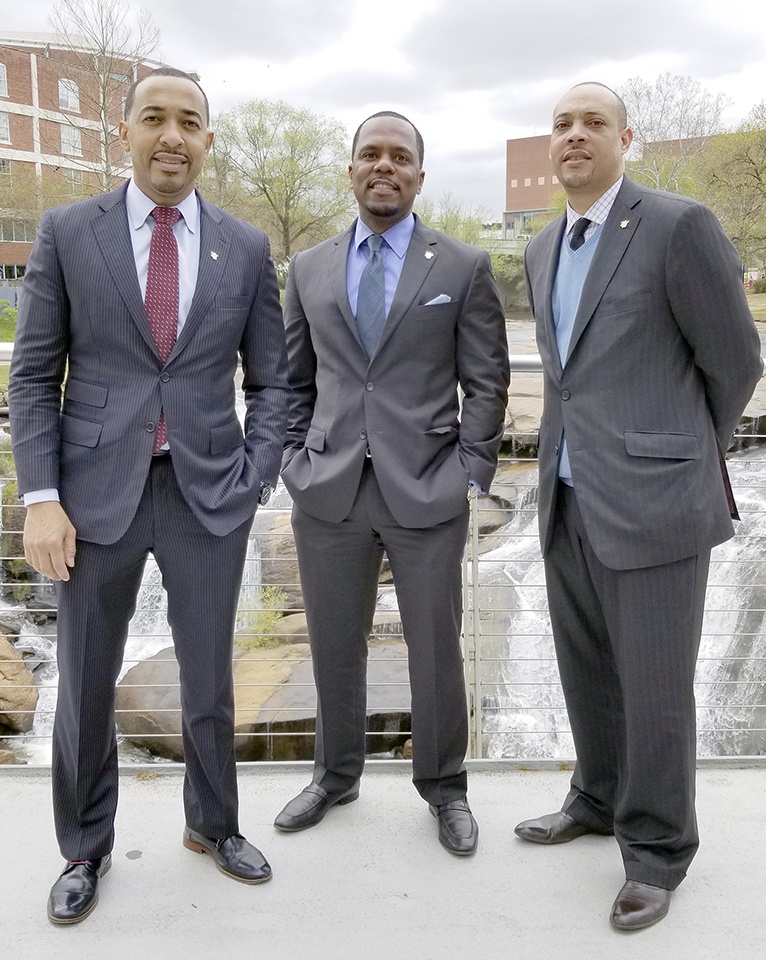 Drs. Sampson Davis, Rameck Hunt and George Jenkins, fondly known as The Three Doctors, will be featured as part of a morning plenary session and then serve serve on the conference’s morning panel, entitled “The Whole Family Approach in Action.” As teenage boys growing up on the tough inner-city streets of Newark, New Jersey, these three kindred spirits made a pact: they would stick together, go to college, graduate, and become doctors. Now many years later, these three men have overcome countless obstacles and proudly bear the subtitle of doctor, serving as the face of health and education for youth and families across our country.

Role models play a big part in the success of the Whole Family Approach, demonstrating “what can be” to both adults and children within America’s low income working class families. The Three Doctors are extraordinary role models for anyone who’s been through any kind of life challenge or major hardship. Working Together For Working Families: The Whole Family Approach will once again bring to South Jersey a Who’s Who of luminaries in the field of strengthening America’s working-class families. Lesley Stahl, the legendary broadcast journalist and Co-Editor of CBS 60 Minutes, one of the longest running and most popular television news shows in American history, and Drs. Sampson Davis, Rameck Hunt and George Jenkins (The Three Doctors), will serve as the conference’s featured presenters.

Stahl will be the conference’s keynote luncheon speaker and participate in a special family-focused Q&A following her presentation. After four decades as a reporter, Stahl says the most vivid and transforming experience of her life was not covering the White House, interviewing heads of state, or any other of her stories at 60 Minutes. It was becoming a grandmother.

Stahl’s Becoming Grandma: The Joys and Science of the New Grandparenting, was released in April 2016. The New York Times bestseller explores how grandparenting changes your life for the better with personal stories and interviews with famous and the not-so-famous grandmothers, as well as scientists and historians.

Joining the Three Doctors on the morning panel will be moderator Joyce Thomas, regional administrator for the Administration for Children and Families (ACF) in Region 2, Lauren Fine, a learner advocate for the ReSchool Colorado, Marjorie Sims, managing director of Ascend at the Aspen Institute, and Russell Sykes, a senior fellow at the Empire Center for Public Policy.

The afternoon panel, entitled “The Whole Family Approach: The Big Picture,” will go beyond social services and discuss other unique aspects of the Whole Family Approach that have contributed to its success, including public transportation and economic initiatives. Ronda Urkowitz, executive director of Cross County Connection, TMA, will serve as the panel’s moderator and be joined by Ashley Putnam, director of the Economic Growth & Mobility Project (EGMP), a strategic initiative of the Federal Reserve Bank of Philadelphia; Steve Fittante, president of the Loredo Policy Research Group, Inc.; and Bernadette Blackstock, president of the People for People Foundation, a former Foundation grantee.

The morning session will additionally feature a series of Whole Family Approach grantee-led breakout sessions, including:

• “Using the Whole Family Approach to Work with Immigrants,”

• “Forming and Sustaining a Successful Collaboration,”

The “Evaluation: Design, Data and Outcomes” breakout session will be moderated by Ross Whiting, Ph.D., of The Walter Rand Institute and Amy Castro Baker, Ph.D., of The University of Pennsylvania, who will also present on the topic as part of the morning’s agenda.