...the ban on single-use plastic bags is less than two months away. 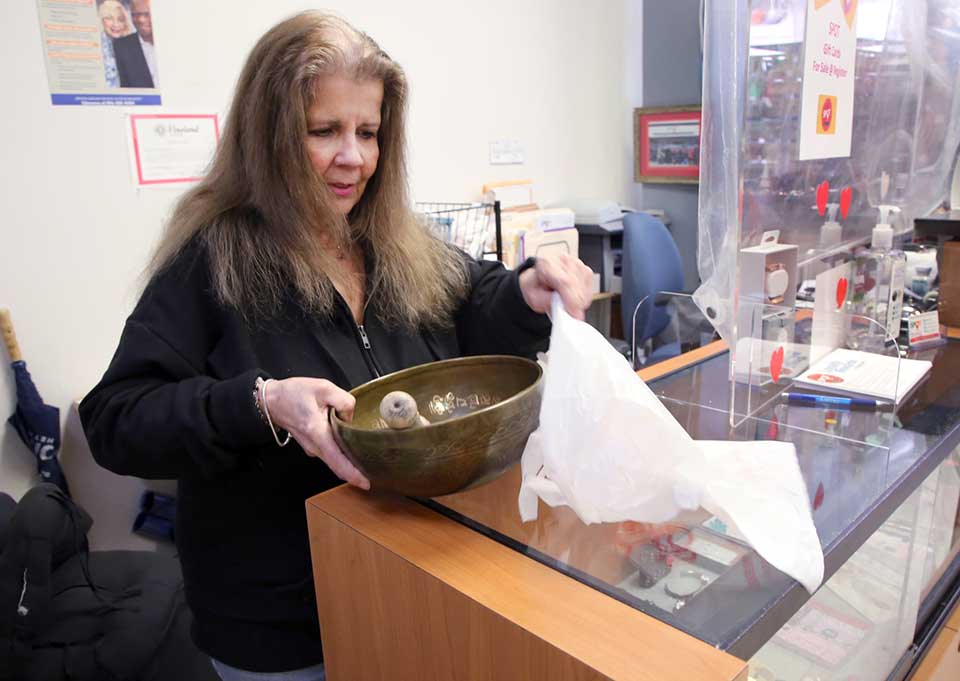 It’s a wake up call. It’s an environmental action. It’s a pain in the neck. And it may cost us money.

Starting in May, things will be different when you go to the store in Cumberland County, or any store in New Jersey. No longer will you be able to roll into the grocery store empty handed and leave with a shopping cart full of fluttering plastic bags holding your week’s supplies. It’s the end of the single-use plastic bag, everywhere in the Garden State.

On Wednesday, May 5, a new law will take effect throughout the state prohibiting not only single-use plastic bags, but also paper bags in larger stores. It is the strictest measure in the nation against single-use plastic. And forget about getting your takeout in those polystyrene containers, better known as Styrofoam, we’re so used to bringing home. Those are also part of the ban.

“Plastic bags are one of the most problematic forms of garbage, leading to millions of discarded bags that stream annually into our landfills, rivers, and oceans,” Gov. Phil Murphy said when the law was signed in 2020. “We are addressing the problem of plastic pollution head on with solutions that will help mitigate climate change and strengthen our environment for future generations.”

At face value, the law appears to be the right thing to do in light of our increasing concerns about sustainability and global warming. But not everyone is embracing the mandate. Locally, there’s concern over the repercussions that may be felt by residents and businesses.

“It’s a huge undertaking,” said Dawn Hunter, executive director of the Greater Vineland Chamber of Commerce. “I think it’s going to be forced on consumers to make sure they bring a bag or a box or something that they can carry their products out.”

The Chamber, along with The Authority in Cumberland County and Vineland’s Main Street association, have been trying to get the word out and prepare residents and businesses. These efforts include online information, webinars, and the distribution of reusable bags for residents.

“Our job is to inform at this point,” said Hunter. “That’s the best we can do. We fought some aspects of this law, but it went through as it did so now it’s law. So now we have to figure out how to make it work.”

Hunter agrees with the intent of the law, that we are overwhelmed with plastic bags in streets and landfills, and that these are steps in the right direction for the good of the planet. But as the head of the chamber, she’s concerned that local small businesses and restaurants will be faced with another costly burden to bear following the fallout from COVID. And those costs will need to be passed on to their customers.

The Authority sees the new law as a chance to reduce litter and deal with climate change simultaneously. To that end, they created a webpage including extensive information on the legislation, with tips and guidelines to help educate and prepare residents and businesses for the bag ban, and the ban on polystyrene containers and plastic straws.

“I need everybody ready,” said Emma Nolan, Recycling and Clean Communities coordinator for the Authority in Cumberland County. “It’s going to affect us all. We’re doing a ton of things.”

Their efforts also include flyers to schools for students and faculty, billboards with their message to BYOB (Bring Your Own Bags), e-mail blasts, displays in municipal buildings like the Department of Motor Vehicles, community events where free reusable bags are distributed along with literature about the ban, and newspaper ads, all with their mantra to “Plan for the Ban.”

Her advice to residents and businesses is to start now.

“The earlier they start the better,” she said. “We have to change our habits. The sooner you do that the more prepared you’re going to be. If you stop using plastic bags right now, and you start using reusable bags, you’ll get used to it.”

Penalties for stores violating the new legislation carry a warning for the first offense, a stiffer penalty of $1,000 per day for the second, and up to $5,000 per day for the third. The Department of Environmental Protection is in charge of enforcement statewide, but the local health departments of Cumberland County and the City of Vineland will provide enforcement while conducting their routine inspections.

Some businesses are embracing the new law and see it as the right thing to do in spite of the inherent costs of providing reusable bags for their customers.

“Yay, I hate these plastic bags,” said Robin Hope, manager of The Spot, a co-op mall of 80 different vendors on Landis Avenue in Vineland. She believes people will get used to this different way of shopping just like we got used to wearing masks. She is using up the last of her single-use bags and plans on providing bags inexpensively for her customers that don’t bring their own.

On passing the cost of reusable bags on to customers, Hope disagrees: “In the long run, if you take care of your customer, your customer is going to shop more and you win. And if you’re clever, get bags with your logo on it. You could turn it into advertising. It doesn’t have to be a loss at all. Everybody wins. It’s a win-win situation.”

So what effects will all this have on the environment? The answer is mixed.

Most reusable bags are slightly disposable. He points out that some reusable bags will last you 20 trips to the grocery store, which will not make up for the environmental damage of manufacturing that bag. Studies have found that a person would have to use a reusable plastic or cloth bag thousands of times to make up for the environment damage caused in producing it as compared to single-use bags.

“Nobody is using a reusable bag a thousand times so the advantage is not clear to me,” says Hossay.

He believes that a real benefit in plastic bag bans is how it raises awareness to environmental issues we’re facing.

“Even though these types of policies can be problematic, and may not always be beneficial, they do put the nature of plastic consumption, consumerism, and the environmental impacts of our consumption on the public agenda and get people and lawmakers talking about the issue,” he says.

Hossay is in favor of policies that make plastic manufacturers more responsible for the lifecycle of the product, including collecting and managing their products. That way the manufacturer has a real interest in making the product recyclable or reusable, because they have to deal with it.

Shoppers outside the ShopRite in Vineland offered a variety of reactions on how they will deal with the new law.

“It’s a double edged sword,” remarked Kristal Clark, of Millville, as she loaded a half dozen bags of groceries into the back of her car. “It’s good for the environment, but it’s going to be a heck of an inconvenience.”

“I don’t personally like it because I reuse those bags in small trash cans,” said Pete Ritondaro, of Buena Vista Township. “I don’t prefer bringing my own bags, but if I have to, I have to. We’ll get used to it.”

“I agree with getting rid of the plastic but not the paper because paper is compostable,” said Melissa Kimmel, of Vineland. “Some people can’t afford to buy the reusable bags because they charge you for them. We have them so it’s not going to inconvenience us. It will help the environment.”

What effect it will have on the environment, whether the result be less litter or a defense against global warming, is to be seen. But many agree that this is a step, maybe only a small one, in the right direction even if it causes some discomfort along the way.

“Having reusable bags may not be make a big difference, but if we have a lot of little differences it will turn into one big one,” noted Hope from behind her register at The Spot. “ And doing something is better than doing nothing.”

It may be a small step environmentally, but Professor Hossay reminds us that all these steps bring us closer to addressing the climate crisis we’re facing and, potentially, a global catastrophe.