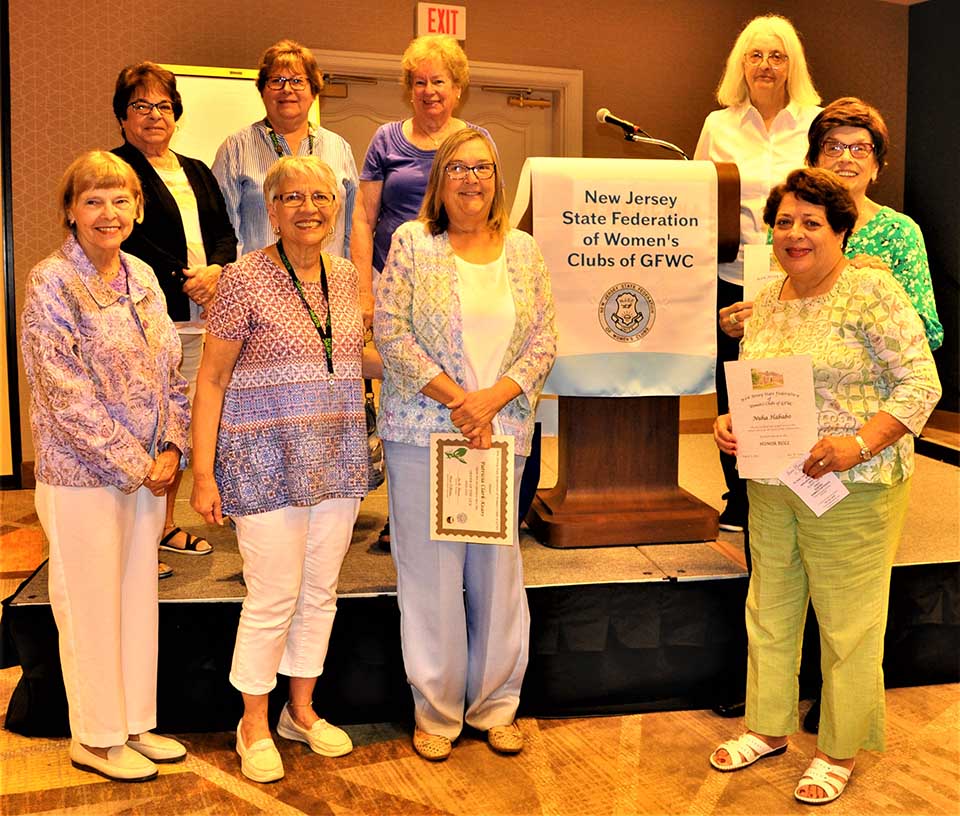 “The General Federation of Women’s Clubs (GFWC) is an international women’s organization dedicated to community improvement by enhancing the lives of others through volunteer service. GFWC clubwomen are the heart of not only the federation, but communities in which they live and work. By Living the Volunteer Spirit, GFWC clubwomen transform lives each day, not simply with monetary donations, but with hands-on tangible projects that provide immediate impact. With a grassroots approach that often thinks locally but impacts globally, GFWC, its clubs and members remain committed to serving as a force for global good as it has done since its formation. With nearly 80,000 members in affiliated clubs in every state, the District of Columbia and over a dozen countries, GFWC members work to support the arts, preserve natural resources, advance education, promote healthy lifestyles, encourage civic involvement and work toward world peace and understanding.”

Today GFWC leadership extends from national level, down through region, state and local levels and there is a history of activism at each level. The New Jersey State Federation of Women’s Clubs (NJSFWC) was founded in 1894 and has spawned 200 clubs located throughout the State with membership of over 8000. Now well into its second century, NJSFWC takes pride in the accomplishments of clubs and members such as the founding of New Jersey College for Women in 1918 (now Douglass Residential College) and support with continuing scholarships, establishment of public libraries in the state, letter writing campaign to protect quality of water and multiple projects with fund raising and in-kind donations.

The Millville Woman’s Club (MWC) was organized and became a GFWC member in 1909. For more than 100 years, as a non-profit volunteer organization, its members have continued their dedication to improve the community by collecting food and supplies for local food pantry, supplies for Women’s Shelter and veterans, providing knapsacks filled with supplies for children being relocated from their homes and mentoring for young people involved in the court system.

Other members crochet blankets for seniors and children, supply Thanksgiving dinners for seniors and boxes of cookies and candies for the holidays. Members interact with the school system to select recipients for scholarships and awards to children for their good citizenship.

Club members participate in special fundraising programs to support veterans who are homeless and “Shot at Life” with United Nations to provide basic vaccinations for children worldwide. The MWC Chorus members spread good will at various community locations throughout the community with their music. These are only a few of the club’s activities. The volunteer spirit is very much alive.

Barbara Scudder, chair of MWC Honors and Awards committee, announced that six outstanding women had been chosen to receive NJSFWC honors. At the NJSFWC Summer Conference in Atlantic City in August, Caroline Dickson, Nuha Hababa and Janet Page were placed on the State Honor Roll for their meritorious services. Irene Bird, Patricia Clark-Kears and Angie Fenton, who were already on the State Honor Roll, were placed on the NJSFWC State Order of the Lily, the organization’s highest honor, for their on-going services.

Janet Page, Irene Bird and Angie Fenton were unable to be present to receive their honors. Congratulations and thank you to each of these women.