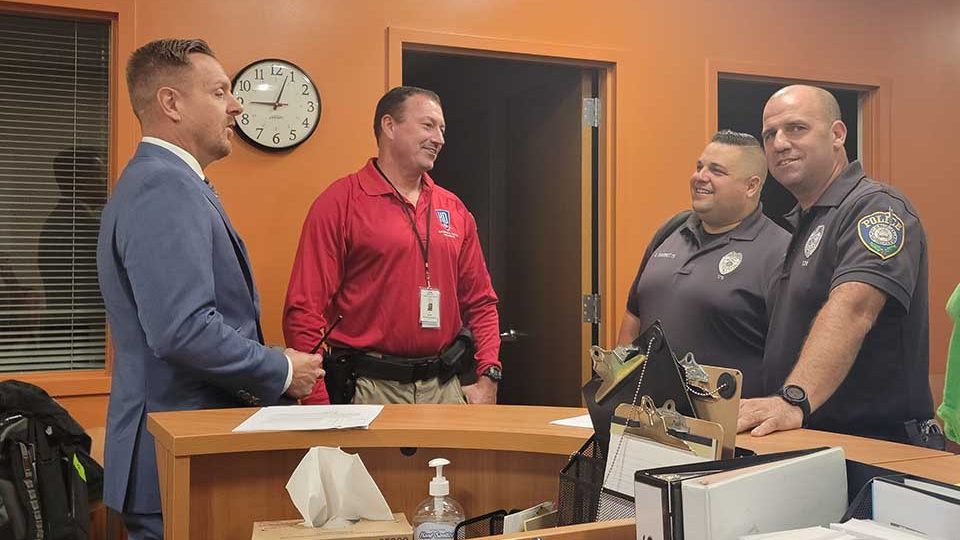 The partnership began when the school district contracted KDNFS to perform a Security Analysis for Educational Environments (SAFEE) of Lakeside Middle School in the spring of the 2021-02 school year.

The district security chief and administration developed an action plan based upon the findings of the SAFEE analysis, including addressing any gaps in security knowledge, planning, or action. In conjunction with the armed guards services, district administration plans to introduce the assessment to every school, including any necessary revisions to current emergency response plans.

“KDNFS is a welcomed addition to our already present district security team,” says Security Chief Scott Parvin. “KD has shown that they take pride in properly vetting and training the retired law enforcement officers whom they employ to ensure that they are the proper fit for the educational setting. It is evident that they share the same core values and vision to continue making our schools safe and secure learning environments for our students and staff.”

The armed guards will complement the current duties carried out by district security teams by adding “another level of vigilance,” according to Parvin.

“They will have the daily responsibilities of monitoring entrance and exit points, performing foot patrols around the exterior of our schools, and most importantly, taking the lead on monitoring our camera surveillance systems,” he added.

The funding awarded to the district allowed for multiple security improvement projects that are ongoing in the district, including expanded camera surveillance systems, security vestibules, door entry systems, and radio connectivity enhancements.

This grant was awarded jointly to the district and the Millville Police Department to strengthen the existing partnership between them, including establishing infrastructure for radio communications between district security and the MPD.

As part of the SVPP Grant, district staff and Millville Police will also complete training to aid them in assisting students with mental health conditions and preventing potentially violent incidents. K.D. Security will provide this critical training to district security aides, which began last month.

Millville Public Schools will continue to work cooperatively with the Millville Police Department and KD National Force Security to add even more security enhancements to its schools in the future.