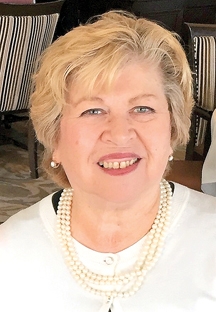 The Greater Millville Chamber of Commerce put on a spectacular evening of Pride in Millville Awards on May 26 at the Levoy Theatre on High Street in the Glasstown Arts District. The upper lobby filled with the night’s award winners, families, Millville business owners and city and county officials mingling. Appetizers were catered by the Old Irish Oar House Pub and mini desserts were provided by Everything Classie Sweet Soulful Café.

At 8 p.m. the crowd went into the theater and the program began. Youth awards went to MHS student, John Wallop and CCTEC student, Andre Davis. Educator Lauren Daigle from MHS and educators Theresa Cassady and Jennifer Kundera from CCTEC were recognized for their leadership roles.

The Joyce Vanaman Award was given to Samantha Cruz, manager of Parks and Public Property for the City of Millville. In addition to her tireless work ethic, Samantha volunteers much of her time to Kiwanis Club, the Millville Christmas Parade, and the Shade Tree Commission.

Economic Partnership Awards this year went to Mary Dougherty, owner-operator of Carlisle Machine Works and Carlisle Glass Art. This industry has been operating in Millville for 104 years and sells to international businesses.

The Business Retail Award went to Action Signs and Awards’ spouses team Dean and Irene Inferrera. They have been providing trophies and awards to youth sports teams, clubs and more for many years.

The following five business awards recognized by the Chamber of Commerce are all a part of the downtown Glasstown Arts District.

• Dr. Joseph Perella, Jr. was the recipient of the Business Professional award. He is in practice with Dr. Jon Paul Jacquet on Main Street. Dr. Perella’s most important work is with the Robert V. Hoffman III Foundation that raises awareness about mental health issues and supports scholarships.

• Mission Spirits Distillery was awarded the Business Newcomer award. Located at 215 Buck Street with owners Jay and Ashley Wheeler and partner Steve Kelley, it opened a year ago to the acclaim of many local and distant frequenters of this establishment and its handcrafted signature cocktails.

• The Hospitality award recognized the hard work of Erica Milbourne, owner/operator of Everything Classie Sweet Soulful Café at the corner of High and Mulberry streets. The eatery offers a mix of desserts and southern style plates you can enjoy for lunch and dinner. Erica was the catalyst in starting a women’s focus group called “Girl, Let’s Talk,” with the Arts District. It’s held monthly at the Riverfront Center for the Arts.

• Artist Helen Clymer was recognized as Artist of the Year. Helen opened her Painted Lady Studio in the Riverfront Center in 2001 and holds claim to being the first studio artist in that facility, which currently has 10 additional art studios. Helen has been giving her time to the Art Creates Excellence youth program for the past several years.

• The Pride in Millville Award recognized lifelong resident and businessman, Chuck Wyble. Chuck’s family founded Wyble Advertising where he, his father and grandfather worked for many years. Chuck has since brought his skills to Clearbridge Branding Agency. He donates his time tirelessly to the Millville Army Air Field Museum, Chamber of Commerce, Millville Soccer, Shirley Eves Center, and the Barbara Cook Cancer Foundation.