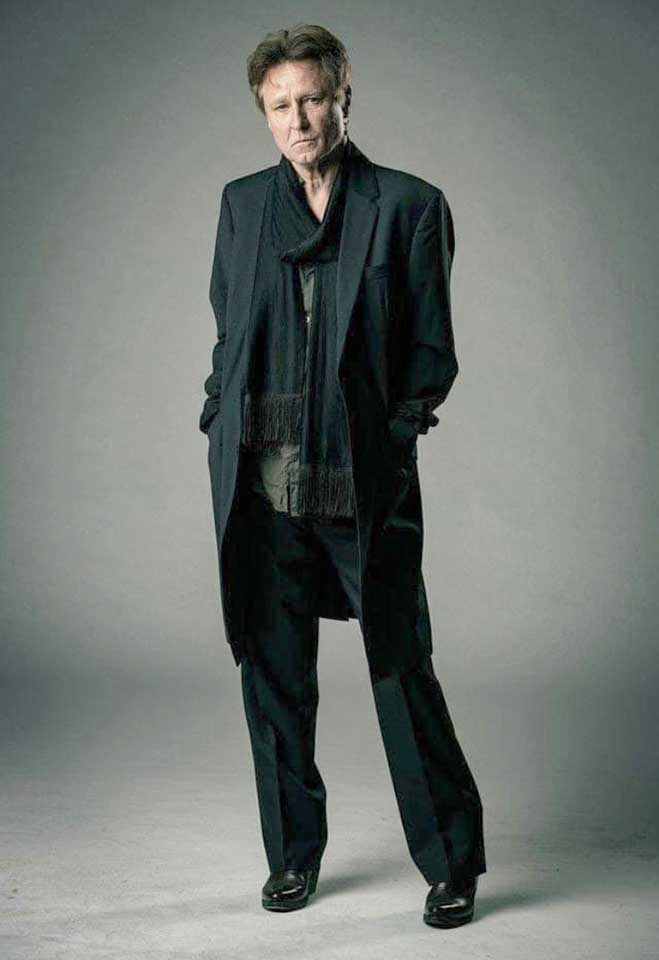 To the casual fan, John Waite is defined by “Missing You,” his desperate plea to be reunited with his lover. But Waite is anything but a one-hit wonder. His resume includes hits with The Babys, Bad English, and of course his solo output. He recently released the three-CD “Wooden Heart Acoustic Anthology” trilogy. The series consists mostly of stripped down versions of his own compositions, along with some choice covers from Bob Dylan, Donovan, and Richard Thompson, of Fairport Convention fame, among others.

Waite has returned to the stage after more than a year of not playing live as a result of Covid-19. He’s like a kid in a candy store. “It’s so great to even see the band let alone play shows,” Waite says in an interview with SNJ Today. The British native of Lancaster brings his crew to the Levoy Theatre in Millville on November 6. Band members include Tim Hogan on bass, Mark Ricciardi on guitar, Rodger Carter on drums, and Kyle Cook on guitar (Cook will not be at the Levoy show).

“We’ve played a lot of shows already so we’re back in a groove,” he says. “We’ve been mixing the full band dates with unplugged gigs to promote the three-CD release.”

Waite and his band are also playing a lot of upscale clubs. “There’s a difference from those and bars. Small theaters and listening rooms are great, too. We played an acoustic set in an amphitheater and the whole place was on its feet. You bring it, it works. It’s the energy that counts,” he says.

Waite, who attended Lancaster Art College in his hometown, joined The Babys in the late 1970s as bass player and lead singer. The group scored with the single “Isn’t It Time” from the LP, Broken Heart in 1977 and “Everytime I Think of You” from 1978’s Head First. The Babys disbanded in 1980. Waite went solo, but in 1988, he reunited with Jonathan Cain and Ricky Phillips of The Babys, along with Journey’s Neal Schon and drummer Deen Castronovo to form Bad English, whose version of “When I See You Smile” hit number 1 on Billboard’s Hot 100. Bad English recorded two albums before breaking up in 1992.

Since returning to the recording studio and concert trek as a solo artist in 1995, Waite has produced a string of what his website refers to as “existentially eccentric, courageously eclectic and blisteringly electric rock n’ roll records.” The list includes 1995’s “Temple Bar,” 1997’s “When You Were Mine,” 2001’s “Figure in a Landscape,” 2004’s “The Hard Way,” and 2006’s “Downtown: Journey of a Heart” In 2010, Waite released a live recording, “In Real Time.”

The Wooden Heart-Volume 1, which came out in 2015 and Volume 2, released in 2017, found Waite exploring acoustic music. “The Wooden Heart thing was something I’d wanted to attempt since I started making records,” he says in a release. “I wrote just about anything that was any good on the acoustic guitar; I always had an acoustic with me wherever I went. It’s actually more of a surprise that I didn’t do something like this sooner.”

The decision found an audience. “Wooden Heart 1 2 3 is in its second printing already,” he says.

The first Wooden Heart release was done on the spot, a day of recording and a day of mixing, he says on his website. “It just happened! I didn’t stop to think too much about anything but feel. It’s what I do best. It was the most natural I’d felt in a recording studio. Two years later, I wanted to record Volume 2 but this time touch on the past. We were playing Wooden Heart shows across America to sold out crowds and I wanted the new release to reflect that with songs like “Isn’t It Time” to “In God’s Shadow” and “Downtown.” I included some of the original masters to make it what it became, an anthology. The Donovan song, “Catch The Wind” was recorded in a converted cowshed in deep winter in Wales five years ago. The studio was miles from anywhere at the end of a lane so that’s another song I always wanted to try. The `Wooden Heart-Acoustic Anthology’ will continue. There’s endless possibilities to it now the ice is broken.”

As expected Waite’s concert set list touches on all aspects of his career. At an October 24 date at The Sanctuary Music & Events center in McKinney, Texas, Waite performed songs from The Babys (“Head First” and “Midnight Rendezvous”), Bad English (“Best of What I Got” and “When I See You Smile”), his solo work (“Missing You” and “Better Off Gone”) and a smattering of covers (“All Along the Watchtower” and “Whole Lotta Love”). Set list courtesy of setlist.fm

As for new material, expect to see something in the future. “I don’t have a plan and most of the songwriting is a knee-jerk reaction of being alive,” Waite says on his website. “I try to speak from an honest place where the listener can both hear and feel where I’m coming from; the job is mine, to help them understand me. There’s a real need as an artist to express who you are and where you’re coming from.” n