Antlions, or doodlebugs, are fun to watch—unless you’re the ant that’s being sucked into its sandy trap. 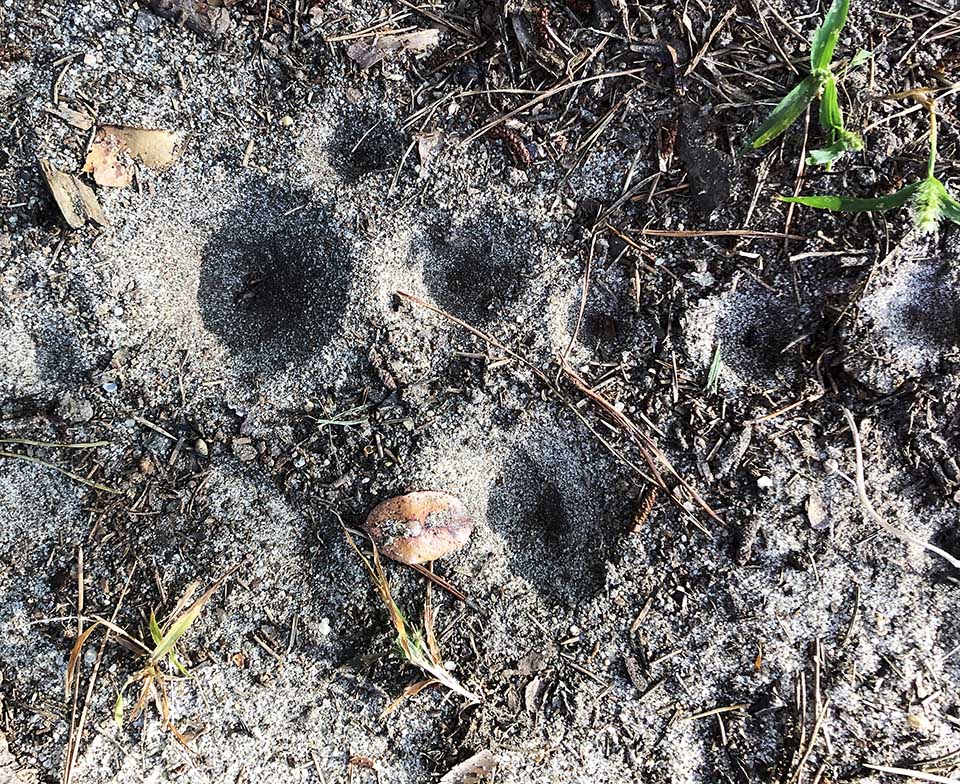 Craters made by antlions. At the center of the conical depression beneath the ground lurks the tiny predator, an antlion.
by J. Morton Galetto, CU Maurice River

Our subject creature today is the antlion or doodlebug. University of Florida entomologists inform us that there are 22 species in the Eastern United States, while worldwide there are evidently about 2,000 species in the family.

The lacewings, antlions, owlflies, and their relatives comprise the insect order known as Neuroptera, which have evolved likely from a common ancestor. Fossilized evidence is scarce at best, but larvae preserved in amber have allowed for comparisons between extinct and extant species. Studies show they date back to Triassic, Jurassic, and even Permian periods, possibly as far back as 290 million years ago. For comparison our hominid predecessors date back about 200,000 to 300,000 years.

My first introduction to antlions was with entomologist Pat Slavin in the mid-1980s on a field trip. He asked me if I was familiar with them and I was admittedly clueless. He explained that in larval form these insects excavate elaborate sand funnels to entrap ants, beetles, termites, and other insect cohorts. As such they are fossorial, or adapted to digging, and out of view, being camouflaged by grains of sand. Unsuspecting surface-dwelling victims are trapped in their sandy funnels. To illustrate his point, Slavin took a pine needle and gently stroked the side of the conical-shaped pit we were observing and the bottom of the pit appeared to leap up. “Lions, oh my!” I was hooked.

Their common name, doodlebug, comes from the trail in the sand that they leave as they travel about on the soil’s surface in an erratic backwards motion. The antlion name is earned because they lie in wait for a victim, attacking it with crushing jaws, or more correctly, pinchers.

They are considered beneficial insects because they eat garden pests. Evidently they are purchased by gardeners and even by pet enthusiasts. Do they bite? Well, they can, but they are unlikely to unless you specifically stress them. And the discomfort of their bite lasts only a few minutes. Or so I’m told.

Antlions run backward in rings, flinging sand, to dig a tiny conical-shaped hole. Pits I have seen vary in size from 3/4 to 2 inches across and about an inch deep. The angle of the pit’s sides are designed such that loose grains of sand will roll to the crater’s bottom with the slightest disturbance. Prey finds it difficult to escape the pit as the sides are continually undermined with each step. Grains of sand fall like a landslide and the victim tumbles downward with them.

To further ensure capture the antlion stays at the center of the conical pit’s base, covered by a thin layer of sand, often with its pinchers above-ground. It tosses grains of sand upwards with its head and large pinchers. Being pelted by sand increases the difficulty level for the victim trying to navigate its way out of the tapered hole. It also further destabilizes the side wall of the funnel-shaped pit, causing the prey to lose its purchase so that the larval antlion can finally grab it with its long pinchers/mandibles.

I have watched many an ant captured in such a fashion and seen it slowly disappear beneath the soil’s surface, as if in quicksand, as the predatory antlion drags it beneath the soil. Antlions can eat approximately 22 ants per day.

Once the antlion has its victim in its pinchers it injects venom that paralyzes. Then it adds enzymes that break down the innards, allowing it to sip the liquified meal in straw-like fashion, much like a spider digests its meal. Once drained, the hollowed-out exoskeleton is tossed out of the lair in the same way as sand was excavated to make the trap. The antlion restores the walls to the proper angle and again awaits another unsuspecting creature.

Glenurus gratus, one species of antlion native to New Jersey, spends most of its life in the larval stage—about two years. It lives in tree trunks and at the bottom of sand pits as already described. Under the sands it will make a 1/2-inch cocoon in which it transforms to its adult form after about four weeks.

The adult form looks a bit like a damselfly with antenna, and lives about four weeks. In this stage they nectar on pollen and eat other insects. The adult lays eggs from which the larva pupates. The larva molts three times and takes up the hunting activity in pits and in the trunks of trees. The lifecycle of adult, egg, larva, cocoon, pupa and once again adult is the same for all antlions, but I suspect the time frame and size varies from species to species.

The adult Glenurus gratus has a wingspan up to about 3.7 inches and a body length of about 2.4 inches. They are weak flyers, nocturnal and primarily seen by night lights. Adults feed on aphids and caterpillars. From my limited investigation I believe other species of antlion are similar in regards to flight, and also eat small insects.

French scientists Fertin and Casas studied the construction of antlion traps for efficiency of capture. Their physical analysis of the architecture and observations of this predator’s behavior resulted in some interesting conclusions. They found that the most effective traps guided prey right into the mandibles of the antlion, and attacks/sand tossing were often unnecessary to deliver the meal into its jaws. They studied angles of the repose and heights of walls, analyzing the minimum angle at which the prey would tumble down the funnel, or in other words, what shape produced the best landslides. As you would rightfully guess the correlation between conical size and prey size plays a major factor in trap effectiveness. People study these biomechanics in order to discover what might later dictate useful design details for various other mechanisms. I suppose uses are limited only by one’s imagination. Nature is an amazing architect on which we can rely for both inspiration and solutions.

So antlions are really cool garden beasts, but as far as pets, I’ll admit I’m sticking with dogs, thank you!