Film Fest in the Making

Pair of creatives collaborate to launch a film festival they intend to grow to international acclaim. Local talent is welcome. 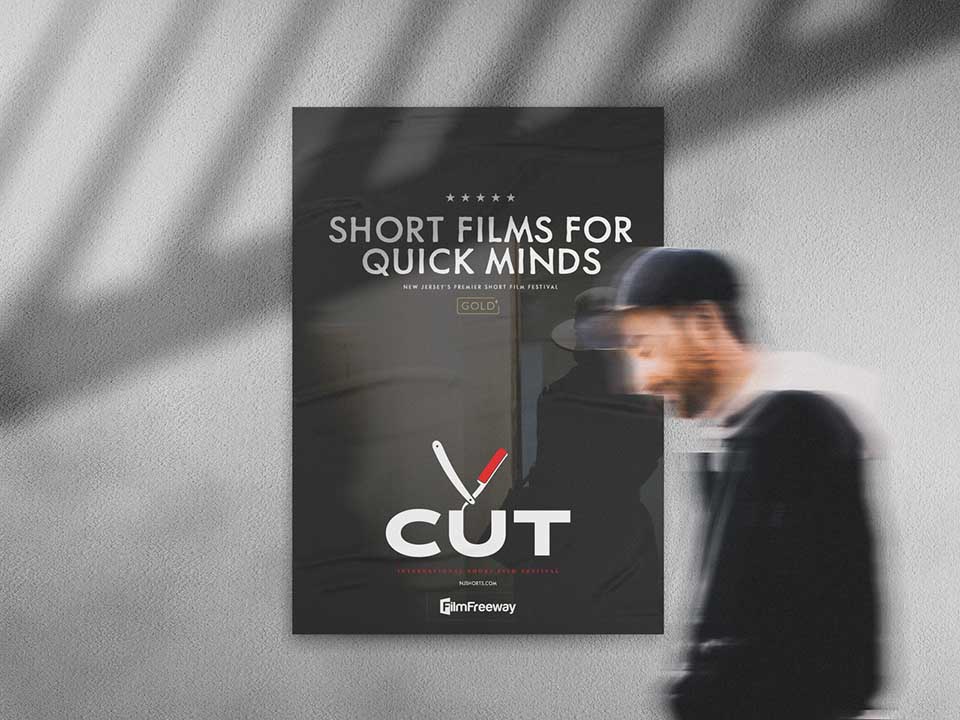 Bill Horin and David Todd McCarty are two artists who were in search of an idea. Better yet, two artists who each had a similar idea, then put their collective minds together and acted on it. The result will be unveiled October 21 and 22 with the premiere of the CUT International Short Film Festival in Millville.

“I had the idea of a film festival for a while, but no real ambition to do anything about it, and Bill decided he really wanted to do it. It seemed like a good collaboration,” McCarty says.

Horin says Sundance, Tribeca, and Cannes must have started out small and look at them now. “Why not Millville?”

Between Horin and McCarty, they have the tools. “David is a branding genius who is a partner in a very successful ad agency. I am experienced at putting together events for ArtC, some quite large,” he says of his coalition devoted to promoting the arts in South Jersey.

As the name implies, the festival concentrates on short films instead of features. Shorts are quite popular right now, especially with the younger generation, Horin says. This is partly because of YouTube, TikTok and other social media platforms.

“By doing shorts we can feature more films. We created CUT because we wanted to have a high-end festival in New Jersey that promoted the democratization of motion picture making by celebrating short films,” says Horin, who serves as festival director. “Almost anyone with a vision, a story to tell, and a few friends, can make a film today.”

Filmmakers who don’t have the budget needed for a full length film often focus on short ones, McCarty says. “They’re not reliant on huge budgets, or massive crews. A small group of talented creatives can craft a tale of resonance and authenticity. Our goal is to celebrate those stories, and give them a venue to shine,” he says.

The festival has a number of categories that can be found on the website, and FilmFreeway pages that let you submit a film. The main categories are documentary, narrative, music videos, animation and experimental.

McCarty and Horin each have experience with making films. McCarty has created short films for his ad agency, Panzano + Partners.

“In my world, I believe that storytelling is important, because if you want to create emotional connections between consumers and brands, you have to tell stories that resonate with your target audience. Whether it’s a documentary, a short narrative film, or a commercial, the object is the same. You want to make an emotional connection,” he says.

His use of filmmaking in his agency grew out of “necessity being the mother of invention” school.

“I had a few bad experiences with directors who I didn’t feel brought anything extra to a piece I’d written, presented, and sold to a client. I realized early on that I was better off doing it myself. So, I write, shoot, direct, edit, and market my own work. I don’t do it alone, but I know how each part works. I’m a commercial filmmaker by trade.

“I’ve made countless short videos for clients, but mostly in the world of fashion and luxury retail. The most significant of those is a series of fashion films that have been shot all over the world, from New York to Paris, New Orleans to Montana.”

Ad agency aside, McCarty wrote and directed his first narrative short film called, “A King’s Judgement” which starred Reed Birney, the Tony Award-winning actor from the Broadway play The Humans as well as House of Cards on Netflix. “We shot it right here in Goshen, at a neighbor’s house.”

During Covid lockdown, McCarty produced another short film called As You Wish, a fashion film for Pommes Frites Atelier. It was also shot in Goshen. It did well on the festival circuit, winning a bunch of awards.

“Two of our documentaries have been based on Millville subjects. We are working on another now,” says Horin, who hopes to move to Millville from Atlantic County in the fall.

“Bill became interested and asked to come to one of my shoots and interview me,” says McCarty, who produced the magazine. Years later, they shared studio space.

The bulk of the festival will be October 22 at the Levoy Theatre in the heart of Millville on High Street. “It’s a beautiful theater with a state-of-the-art projector, great sound system and very comfortable seating,” Horin says.

Ticket prices are $25, which covers entrance to all events. Tickets go on sale July 7 and also will be available at the festival website and on the Levoy website.

There will meet-and-greets with the filmmakers, cocktail parties, and an awards show.

“When I’m asked, ‘Why Millville?’ my first response is always ‘Why not?’ ” Horin says. In addition to the theater, Millville has art centers, restaurants, bookstores, bars, and these are all on High Street. It is a great location, not far from Philadelphia or the Shore. And it is quirky, Horin says. Plus, it is drawing in some new businesses like Mission Spirits, Everything Classie Sweet Soulful Café, and young artists, like Danielle Cartier who are giving it a much hipper vibe.

The pair of filmmakers hope to attract a lot of local talent.

“Even though our reach is international, we want this to be a home for local filmmakers,” says McCarty, the festival creative director. “There is a great history of storytellers here and with the democratization of filmmaking, almost anyone has the ability to tell a good story,” says McCarty, the festival creative director. “A film festival is an opportunity to see cinematic stories in a venue that is literally larger than life. We encourage all manner of filmmakers, from professionals to amateurs, to tell stories and put them on a big screen for all to see. This is the way motion pictures were meant to be seen.”

Horin says over the next five years, the festival will grow. “We’ll make it longer, but I still like the idea of short films,” Horin says.