Feathers of a Bird

Flight is just one function of a bird’s plumage. 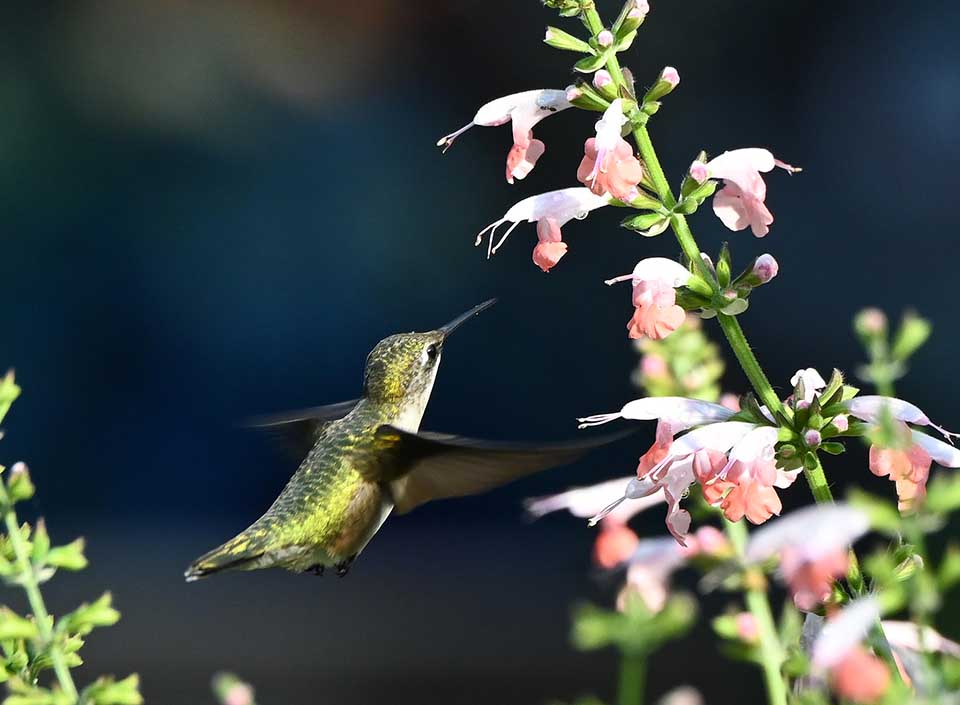 Along with my father and my husband, I took carving classes with Vernon Smith about 30 years ago. That’s when I became a lot more interested in feathers.

One evening each week we would go to Vernon’s barn and attempt to create avian forms. He enjoyed telling hunting stories while pointing out the subtleties of groupings of feathers. He would stress symmetry and maintaining a centerline as he carved. And one thing he especially liked to share was a carefully crafted feather that had won a ribbon at a carving show.

My recollection is that it was a crow’s wing feather and he would ask us how thick the piece of wood needed to be to allow for the thickness of the feather. The length was obvious but feathers, especially wing feathers, have a great deal of camber that creates the airfoil that is the wing. So the answer was three to four-inch of thickness in order to accommodate the arc of the very thin structure of an approximately 11-inch-long feather.

There are catalogs and reams of data that help naturalists and biologists identify a single feather in the absence of its owner. This is advantageous when surveying a site for the presence of different species, but it also speaks to the unique attributes of each bird’s plumage. Structure, color, shape, texture—all give insight into the species that grew this wonderous example.

The types of feathers and their groupings are many. At the most basic they are body, tail, and wing, and each of these groups is broken into topographical descriptors. The wing has long stiff feathers with the longest being the primaries, then secondaries. Overlapping those and moving toward the leading edge of the wing are the greater primary coverts, and then there are many rows of coverts, like the layering of shingles on a roof. The resulting shape from the arrangement of these feathers dictates the style of flight, as does the entire design of the bird.

If you find a feather and examine it you will discover some amazing complexities. The base that attaches to the bird’s body is the calamus (or quill), and the shaft above it is the rachis. Off the shaft running diagonally to it are the barbs. Most people mistakenly think these run perpendicular to the shaft, but if you split them apart you will see that instead they run a long-distance diagonal. When burning fancy carvings’ feathers into wood this is the most common mistake that novice carvers make, accentuating the diagonal by running their tool too closely to a right angle.

The barbs branch off the rachis and branch again into barbules, and each is toothed with interlocking barbicels. These interlock the barbules together, which is why when you try to pull them gently apart you can feel resistance. And when realigning them you have to stroke the feather until it re-forms into a smooth surface. What’s really amazing is that when you pick up a feather in disarray you can stroke it back into place. This in part explains why many birds spend a good deal of time preening, or grooming, their feathers.

All this interlocking gives a great deal of unexpected strength to the feather. Like most engineered buildings the solidity comes from the combined effect of components and not just one individual piece. And within the shafts of the feather there is cross-bracing that adds further strength. This arrangement can provide additional armoring. Hunters cleaning turkey carcasses often find that shot in the feathers is caught in this layering. When a feather grows, the calamus and rachis provide a flow of blood to aid in its maturation. This is why an eagle chick is heavier than its adult counterpart when it’s nearly full grown; the shafts are filled with blood. An eagle is large and the difference is more obvious than with a small bird, but shortly before fledging many young birds weigh more than their adult counterparts.

Feathers serve many functions beyond flight. Remember those barbules? Well, their closely interlocking characteristics make them waterproof. In fact biomechanics’ development of Gore-Tex and other watertight weaves relied on a similar structure that prevents water from penetrating on a microscopic level. So birds wear a raincoat at all times.

David Sibley relays that cormorants’ body feathers are less water-repellant than other birds because they absorb water on the margins. Furthermore cormorants don’t have as large an oil gland as do many other birds. Oil is buoyant, so less oil is better for them because they need to swim underwater for long periods of time. They also have to shed moisture more than many other water birds. Thus you see them standing in horaltic pose, the characteristic position with raised wings stretched out to dry.

Feathers have insulative qualities. Often you will see a bird fluffed up, feathers extended around its body, which traps air that is then heated by the skin. This is why your down comforter gets hotter the longer you are in contact with it. One very surprising thing that Sibley points out in What It’s Like to Be A Bird seems totally counterintuitive. He notes that many birds in warm climates are black, and he explains that black feathers are actually more cooling than white because they “absorb light and heat at the surface, where it can easily radiate back to the air.” Pale feathers allow light to penetrate, so heat gets closer to the skin and does not transfer away as easily. “Black feathers are more resistant to wear and block UV rays,” and make it easier to hide from prey in the shadows (Sibley).

Birds raise their feathers much like mammals raise the fur on the scruff of their necks, so in terms of “ruffling one’s feathers,” a provoked bird will do just that. Osprey being banded by humans raise their feathers to look more imposing and spread their wings to look larger yet. Many of the characteristics of feathers relate to protection, against both real and imagined threats.

The coloration of birds is important and, if you recall, Carl Safina contended that natural selection is in part based on beauty. (Okay, don’t tell a turkey vulture that.) So what is the source of all those colors? Well, in part it turns out that you are what you eat. The most common pigments in birds are carotenoids that produce red and yellow hues and melanins that produce black to gray coloration. The carotenoids derive from plants in the diet. Melanins provide strength and are often reserved for flight feathers. White feathers lack pigmentation and are weaker.

The third pigment constituent is porphyrins; these come from amino acids and produce red, pink, brown, and green.

Some colors are achieved by layering; for example yellow and blue superimposed on each other can give the appearance of green. Sibley further relates that in North American birds there is no true green—only structural green, the result of this layering.

Irradiance in birds, that effect of different colors when viewed from different angles, and commonly seen in ducks and hummingbirds, is caused by structural refraction. Microscopic structures at the surface of the feathers reflect in one direction only. This is why the hummingbird male seems to flash red in a now-you-see-it-now-you-don’t fashion, while indigo buntings look black rather than blue in different lighting situations.

Next week we will explore flight and discuss body and wing shapes and some extraordinary aspects of staying aloft. All birds that fly have feathers, but not all birds with feathers fly e.g. kiwi, ostriches, emus, kakapo, rhea, and penguins. However, some argue that penguins fly underwater.

Birds are not the only group of animals with the ability to fly. Insects and bats do so as well. Other animals are said to fly but actually glide, such as flying squirrels, flying fish, rays, Wallace’s tree frogs, flying geckos, and paradise snakes.

I’ve discussed just a few high-flying ideas that David Sibley explores in much more fascinating detail in his book, which I highly recommend. Tune in next week when we will present aspects of flight. n

Sources:
What It’s Like to Be A Bird, by David Sibley
Bird Feathers, by S. Scott and C. McFarland
10000Birds.com
Field Guide to Birds of North America