The future of drone technology is already here. 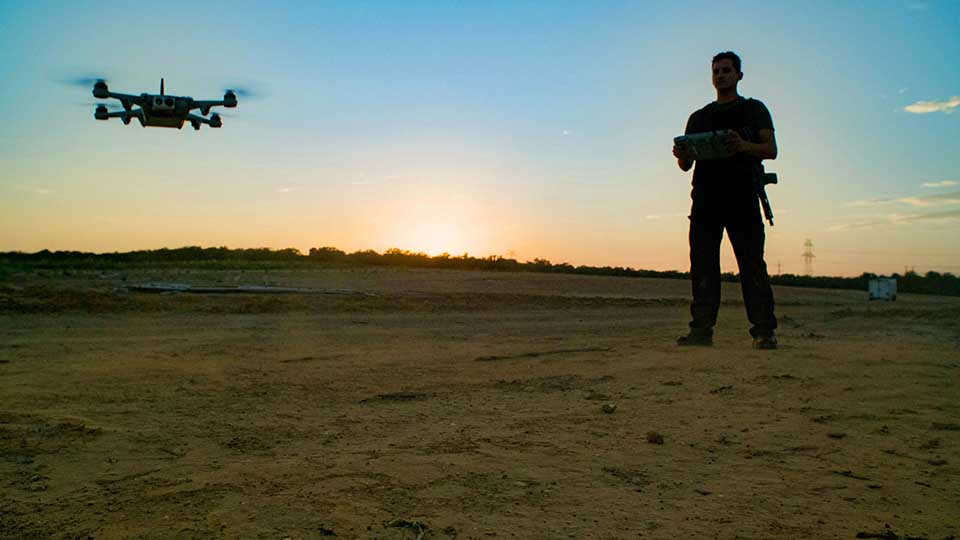 Since their first use in the mid-1800s in the form of hot air balloons, unmanned aerial vehicles have been used for security, photography, safety, and many other applications. Today, drones have a significant impact on the way we do business—from warfare reconnaissance and real estate marketing, to filmmaking and inventory tracking.

For example, General Motors uses drones to inspect its facilities as a way to safely monitor inventory on its production lots in two to three hours versus what might otherwise take eight to 12 hours with an on-ground, manual inspection. These inspections can also be performed without a complete shutdown of the facilities and without the risk of hoisting personnel in the air or onto the rails.

Additionally, on the military battlefield, drones are playing increasingly pivotal roles in providing crucial real-time intelligence and reconnaissance data that allow for tactical advantages. Pre-mission mapping, target surveillance, and battle damage assessment are just some of the benefits provided by drones on the battlefield without additional risk to human soldiers.

More industries are catching on to the technology’s potential to speed up protocol, offer safer working conditions, and provide fewer disruptions. To meet this rising demand, there are 865,505 drones registered in the United States and counting and 280,418 certified remote pilots, according to the Federal Aviation Administration.

“Given the many critical uses of drone technology, we are working to ensure that drones offer speedier, more versatile, uninterrupted footage that can been acquired using safer, remotely operated technology,” says Jeff Thompson, CEO of Red Cat Holdings, a provider of drone-based products, services and solutions.

Thompson identifies one of the latest innovations in drone technology as the ability to pilot a drone from virtually anywhere in the world using only an internet connection via a mobile phone in the vicinity of the drone. There are significant efficiencies, ranging from reduced personnel and drastically reduced inspection time, that arise from the ability to inspect infrastructure, equipment, structures, land areas, and job sites using only a drone and a pilot that are hundreds or even thousands of miles apart.

Another innovation? The possibility of operating four drones on a single controller to provide actionable footage immediately. Red Cat Holdings’ four-drone “swarm” marks the first instance of a fully operational multi-drone system coming to market. Red Cat’s 4-Ship product allows control of up to four of Red Cat subsidiary Teal’s Golden Eagle units, and an additional linked controller facilitates the handoff of control from one pilot to another. This new product offering potentially provides continuous 360-degree surveillance of a target facilitated by a single pilot in control of up to four drones. To learn more, visit redcatholdings.com.