Some favorite European destinations are setting new rules for what they see as tourists behaving badly. 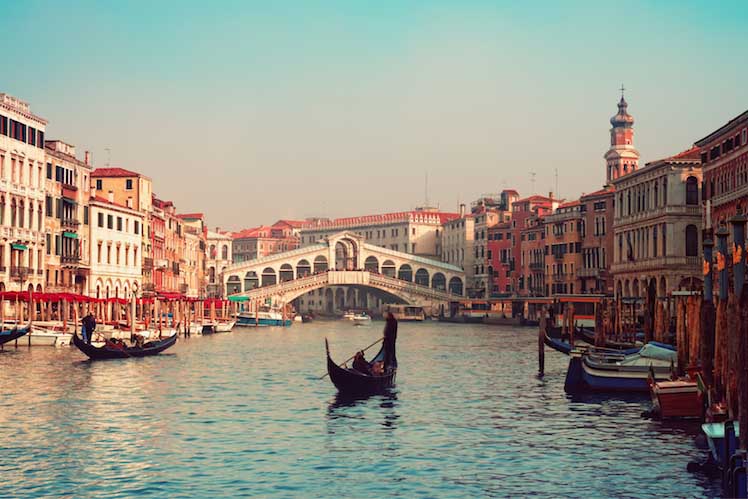 Blame it on irresponsible influencers or out-of-control bachelor/ette parties. But some of Europe’s most beloved destinations are cracking down on masses of visitors whose actions are changing the local atmosphere—for the worse.

Venice’s Tourist Tax: Venice has been one of the original poster children for what we now call “over-tourism.” Too many people visiting, pushing locals further and further away from town, and hollowing out the very local culture visitors are seeking.

Recent months have seen tourists skinny dipping in the city’s UNESCO-preserved canals and vandalizing iconic churches. In May, a portion of the façade of the Redentore church was defaced with pink graffiti. That same month, two tourists were seen diving naked in the canal within the residential district of Castello. Shocked locals observed them swimming for around five minutes in the water, where nearby houses drain their sewage.

Venice talked about restricting visitors even before the pandemic. And now, they will soon begin to implement measures to limit the numbers of visitors. Beginning in January 2023, day visitors to Venice will have to pay to enter the city. It makes Venice the first city in the world to require an entrance fee.

The new ticketing system to enter Venice incorporates “surge” pricing, with a fee up to 10 euros based on demand—the more requests the higher the cost. An online portal to buy entry tickets will be unveiled soon. Tourists who stay in a hotel in Venice are exempt from the fee as they pay a tourist tax for their accommodations.

Sorrento’s Bikini Ban: Another epic Italian destination on the legendary Amalfi Coast is putting its foot down with some tourists, too. Sorrento’s colorful oceanfront, cliffside buildings, and lemon groves are a favorite with photographers and Instagrammers. But the destination wants to keep up local standards. It’s instituted a 500 euro fine for women walking around town in a bikini, or men going shirtless—off the beach, calling lack of covering up while in town “indecorous.”

Spain’s Beach Town Fines: As a resurgence of tourism to the Costa del Sol, Ibiza, Malaga, and Mallorca has seen a return of too many tourists behaving badly, there’s been a move by some of the most famous coastal and island destinations to clean up their image. One media report says that “Spain’s tourist industry is trying to shed its reputation as the party capital of Europe.”

Laws already went into effect in Majorca and Ibiza limiting guests at all-inclusive resorts to six drinks a day, which honestly seems like more than enough. Similarly, they’re putting restrictions on the hours alcohol can be sold, banning pub crawls, happy hours and other promotions that emphasize heavy drinking in defiance of the local lifestyle of quiet, relaxed drinks with friends at outdoor cafes.

Other new legal measures are clearly more about keeping it classy. The Costa del Sol is banning “obscene” costumes and props popular for bachelorette parties. And on Mallorca, a new dress code has banned swimwear off the beach.

Rely on the saying “When in Rome…” and show your respect for communities who are sharing their destination with you by following their lead.