A Sense of Place

A Bridgeton nonprofit earns funding to further its mission in restoring the history and soul of the city for present and future inhabitants. 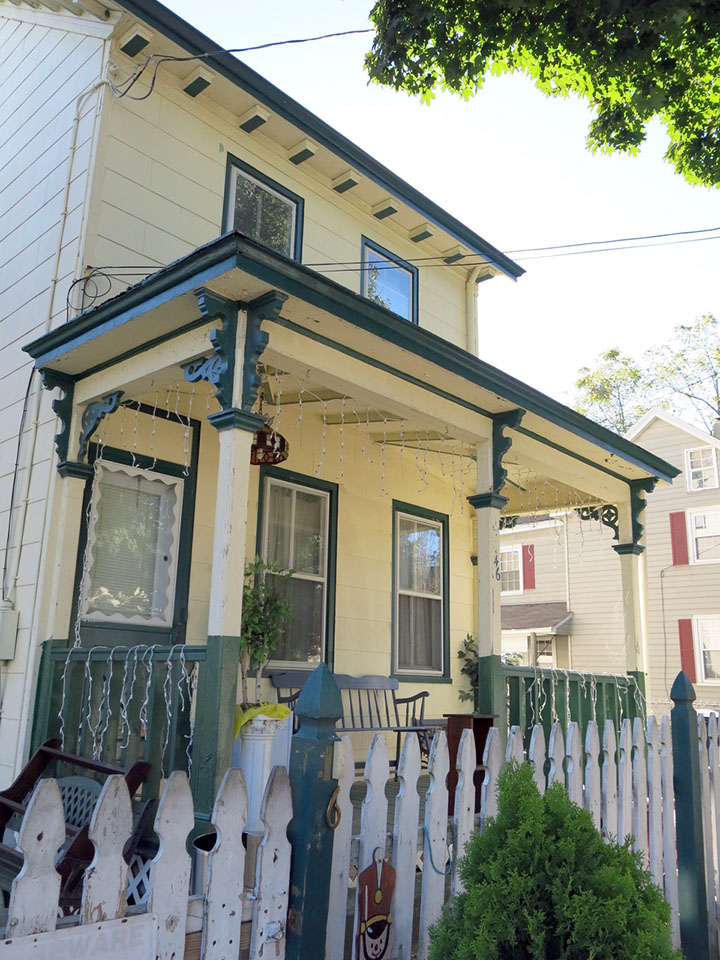 If walls could talk, you might silently hear fantastic yarns about people and events that took place in a home.

If you’re attuned to the subtle energies within a space, a sanctuary may quietly whisper the history of its existence into your ears.

Sometimes you can walk into a building, and without being able to articulate it, sense that something amazingly wondrous or even something horrifyingly horrific took place there.

The way a home is constructed can teach us about how a city was established and the lessons behind the successes and failures of its inhabitants.

A local nonprofit organization, whose “soul” mission is to repair and preserve these buildings and the stories that embody them, recently received funding to help it achieve that goal.

The Center for Historic American Building Arts, (CHABA), in Bridgeton, was awarded $8,000 from the New Jersey Council for the Humanities and also got word it’s in line to receive $2,000 from the Cumberland County Cultural and Heritage Commission.

“The support of these well-named CARES grants has been nothing short of critical,” says Flavia Alaya, co-founder of CHABA. “We have to show people that the work we do is valued by others who have a bigger stake in its survival even than we do.”

“It’s nice to know that if we need … to be able to pay somebody to create specs or to evaluate something, we can do that,” says Maggie DeMarco, project administrator for the Rehab Grant for the restoration grant for the Nail House, in Bridgeton.

The nonprofit will also use the funding to enlist someone who can manage their social media accounts, which will help share its message and mission to a larger portion of the Cumberland County community.

“We don’t just fix things, we are trying to create a community spirit that recognizes the importance of place to our spiritual being as well as to our physical being,” Alaya, a former Patterson, NJ resident, says.

Alaya, who’s also been an author, artist, and professor, throughout her illustrious career, has an extensive history of building preservation. In the 1970s, she played a major role in helping to conserve the Great Falls Industrial Park in Patterson, which then became a National Park, under her guidance.

She also helped to preserve Hinchliffe Stadium, in Patterson, which was the last operational Negro League Ballpark in the New Jersey/New York area.

It was once the homefield of the New York Black Yankees. In 1933 the team, originally named the Harlem Black Bombers, played the Philadelphia Stars for the Colored Championship of the Nation, in the stadium. Interestingly, one of the money men behind the squad was famous dancer Bill Robinson, aka Mr. Bojangles.

During her preservation efforts in northern New Jersey, she learned about the city of Bridgeton, which, unbeknownst to many Cumberland County residents, is the largest historic district in the state.

Alaya, decided to become a South Jersey resident, with the hopes of empowering the Bridgeton community and uplifting their spirits by restoring historic buildings. She co-founded CHABA with Maria Cerda-Moreno, an architect and preservationist, in 2009.

According to its website, the organization’s mission is “ … to make Bridgeton a case study of what conviction, spirit and imagination can do to ‘model innovative preservation as an engine of sustainable housing improvement, jobs creation, quality of life & economic reinvestment in the largest historic district in the state.’ ”

When you travel through Bridgeton, you may notice a rhythm to the construction of the homes and where they are placed in the city.

“If you come down, for example, Pearl Street, as you come into town, you see house after house either going up a hill or going down a hill—there’s a pattern to it,” says DeMarco, a Vineland native, who now lives in Bridgeton. “There’s a beauty to it.”

These homes are known as “vernaculars” in architectural vernacular. Many in the architectural/conservationist/preservationist world comprehend the significance of the restoration of these types of homes.

“Historic buildings, neighborhoods, and landscapes embody the intentions, assumptions, and lives of those who built or lived or worked in them,” Sana Afsar writes in a 2014 blog in the Greenwich Village Society for Historic Preservation. “They have stories to tell about what the community was and how it became what it is, and that helps us to understand who we are.”

There are other benefits as well.

“… Number one, you’re sustaining a property that still has an active life,” Alaya says, “and still has potential for being a suitable place to live.”

She also says preservation of these homes will reduce the carbon footprint of the people living there, while simultaneously rebuilding a social contract within the community itself.

“The other thing I think is important is that people do respond to the physical environment that they live in,” DeMarco adds. “If you have a double house and [repairs have] been done on one side that hasn’t been done on the other, you really feel a dissonance. And I think people respond to that, whether they could put it into words or not.”

One of the projects CHABA has successfully undertaken is to restore The Nail House in Bridgeton. According to an article on snjtoday.com, The Nail House “First constructed in 1815, … was the original administrative office of the Cumberland Nail and Iron Works, a startup industrial venture of the early American Republic just after the War of 1812.”

During its more than 200-year history, the building has been used as a museum as well as a public place, where people convened to share information. It received more than “$100,000 in support from both the 1772 Foundation and the New Jersey Garden State Historic Trust,” and reopened last year.

CHABA’s signature HomeFronts program is a community empowerment project designed to “assist people who wanted to … recapture some of the historic character of their homes and give them … all kinds of ways to do that,” says Alaya. It’s also meant to encourage people to “buy into the community and restore historic structures.”

Like many programs and events in 2020, the current health emergency has put that on hold, for now.

Another of CHABA’s missions is to communicate to Bridgeton’s young residents, who may feel disconnected from their city, that it was once an “educational hotbed” of intellectual achievement, and that it still can be.

Alaya once overheard a kid say that as a Bridgeton resident he lived in “Loserville,” which brought a sadness to her heart.

“No, this wasn’t Loserville,” she said. “This was the most prosperous city in the state of New Jersey in the late 19th century.”

Alaya has discovered “that in addition to [preserving] these buildings … one by one physically, and talking about how to repair them and how to recreate their beauty and their streetscapes … we had to communicate to young people that they were in a place that was full of vitality.”

She wrote The Story of Bridgeton’s Nail House, an intergenerational children’s book, in an effort to connect that disconnect.

Cities, like people and buildings, have fascinating stories to tell. If you listen carefully, a city may inform you of the hopes and dreams of all the people that have lived there, throughout its history.

Alaya, feels that she, along with everyone who works with CHABA, is in a special position to positively shape the future of Bridgeton, by preserving the homes and buildings of the past.

“I have always felt the magic, the spiritual magic of a place,” Alaya says. “That’s been my career, actually, as a writer, as a teacher … finding ways to communicate it to an audience, to a community that is dispirited. In many ways, [this] is the kind of challenge that actually energizes me, but also brings tears to my eyes because I feel as though this is my mission.”