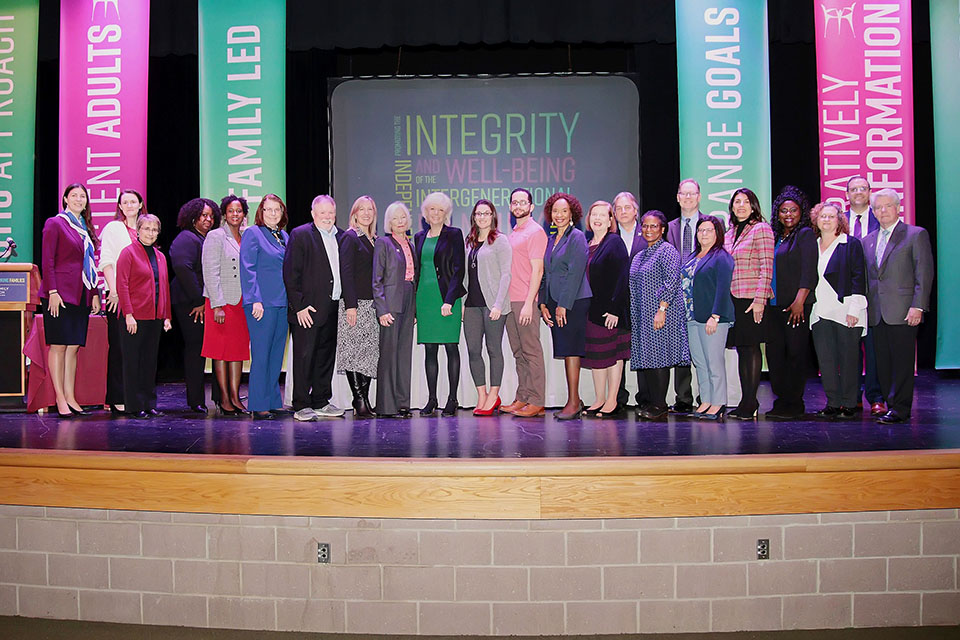 The Pascale Sykes Foundation’s Whole Family Approach grantees shined brightly when more than 325 stakeholders and experts in the field of family social services gathered on February 13 for Working Together For Working Families, a one-day conference, held at Rowan College of South Jersey’s Luciano Conference Center. It helped expand the national discussion on how the Foundation’s acclaimed Whole Family Approach is strengthening America’s low-income, working-class families.

CBS’ 60 Minutes Correspondent Lesley Stahl served as the conference’s keynote speaker. Stahl was interviewed by The Arthur Project co-founder Elizabeth “Liz” Murray, whose New York Times bestselling memoir Breaking Night: A Memoir of Forgiveness, Survival and My Journey from Homeless to Harvard was made into a Lifetime Television film.

Stahl spoke about her book, Becoming Grandma: The Joys and Science of the New Grandparenting, as well as various issues that addressed the Whole Family Approach. “I have looked back at how I was able to have a full career,” Stahl said. “I credit my mother…. So many women are told by their mothers they cannot have a career.

Stahl continued “The nuclear family has been disrupted…My daughter lives in California. I live in New York. It is not healthy. Children and grandchildren need to feel they are protected.” She reiterated how the foundation’s Whole Family Approach is a preventive rather than a crisis-driven approach. She also discussed how the Whole Family Approach is strengthening America’s low-income families.

“Working Together For Working Families was a great success, and we are proud to have played a role in bringing these distinguished experts and the conference to South Jersey,” said Frances P. Sykes, president of The Pascale Sykes Foundation.

For information on The Pascale Sykes Foundation, its mission, grantees and programs, visit PascaleSykesFoundation.com.