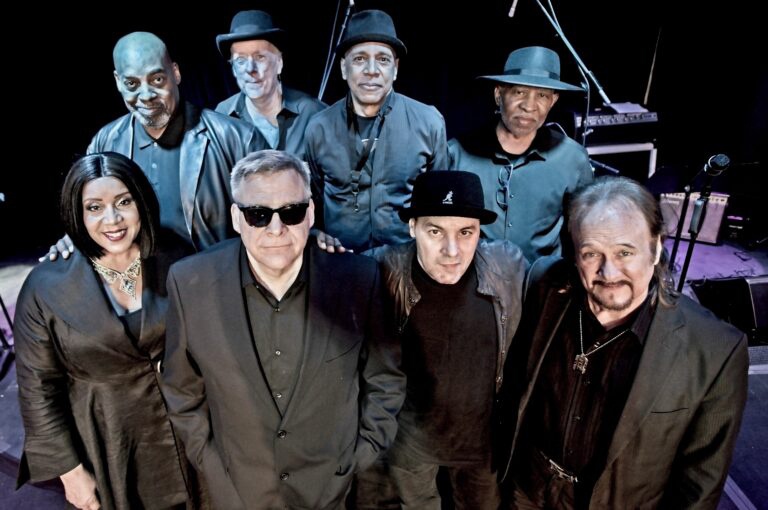 J. DeRosa resides more than 3,200 miles from the Belfast birthplace of one Van Morrison. But they are much closer than the distance indicates, thanks to Morrison’s music, a sweet concoction of soul and rhythm and blues that defines the careers of both men.

DeRosa fronts the eight-piece Tupelo Honey Band – A Van Morrison Celebration. If fans from New Jersey and Philadelphia want to see and hear the magic of Morrison, the place to be is at the Landis Theater in Vineland on Saturday, March 25, when Tupelo Honey performs. As of this writing, the closest appearance for the real Morrison is Pawling, New York, Named after one of Morrison’s most soulful ballads, Tupelo Honey has been playing homage to the singer since 2019. But the members have far more years of experience in the music industry.

“I’ve been a fan of Van for 30 years,” says DeRosa, a native of East Hanover who lives in Toms River. “His music touches people. I can’t tell you how many people come up to me after a concert and say ‘I forgot he wrote that’ or ‘I love that song; I didn’t know he wrote that.’ ” Van Morrison’s music found a whole new audience when his songs were included in dozens and dozens of soundtracks. Just recently he provided the music for the movie Belfast, nominated for seven Academy Awards, including Best Sound and Best Original Song for his “Down to Joy,”

Morrison has been writing songs for well over 50 years. Scads of artists have covered his music. And there’s no reason to think that will stop any time soon. “Moondance,” “Into The Mystic,” “Brown Eyed Girl,” “Have I Told You Lately,” “Crazy Love,” “Someone Like You,” “Domino”…the list goes on and on and on and the Tupelo Honey Band honors this impressive catalog of songs.

The band will play as many as 20 songs in a 90-minute concert. DeRosa has studied Van the Man for so long, he has his vocal idiosyncrasies down. It helps that DeRosa has seen Morrison in numerous concerts.

“Our show is a celebration,” says DeRosa, who has been a professional singer for years, as well as an event entertainer, host, and emcee. “We focus on his fun up-tempo and classic songs. We encourage singing along and dancing along. It’s a party, not just a concert.” DeRosa has yet to meet Morrison one on one. “But I’d love to,” he says.

Like DeRosa, the rest of Tupelo Honey reside in North Jersey. Musical director Bobby Douglas is a classically trained keyboardist who comes to play with a wealth of musical knowledge. Douglas has played and toured with some of the biggest names in music.

Cyriese Lambert does backing vocals and takes the lead on some tunes. Described as having the voice of an angel, Lambert offers up the right counterbalance for DeRosa’s vocals.

“Boots” Anderson has been one of the most sought-after guitarists in the greater New York area for years, with a background in jazz, pop and classical.

Bill Brady on bass centers the rhythm section, bringing a lot of Morrison’s songs to life. Whether it’s the haunting sound of “Into The Mystic,” the jazzy rhythm of “Moondance” or the straight-ahead rock and roll beats of “Gloria” and “Brown Eyed Girl,” Brady makes sure you feel it.

The other half of the rhythm section is the man behind the drums and percussion, Ralph Vargas. He keeps everyone together.

Frosty” Lawson and Robin Corley round out the band on horns, which every Morrison fan counts on. Lawson provides a killer horn and reed section, including flugelhorn. Corley plays sax and flute, bringing a lyrical style to solos in songs like “Moondance,” “Sweet Thing,” and “Crazy Love.”

When you watch the musicians in the Tupelo Honey Band, you’re seeing the real thing. No special effects, no backing tracks, no tricks. Just a great music, written by a legendary songwriter.