This time of year, early risers are treated to a dawn chorus—the morning song of birds both indigenous and migratory. 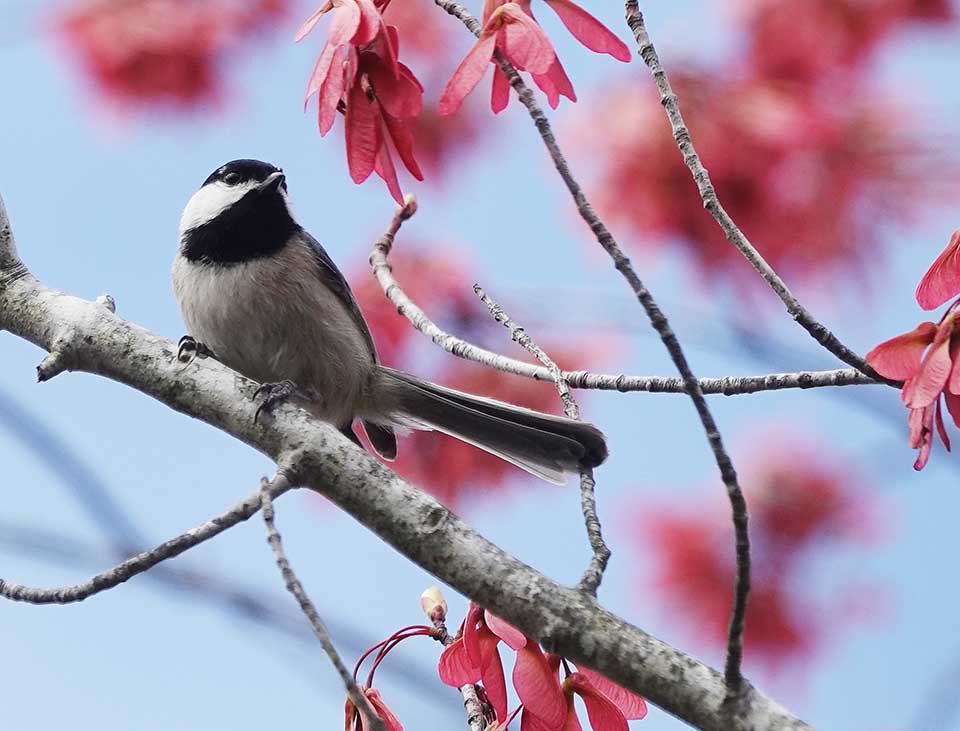 I’ve been spending mornings in the woods, arriving before sunrise and enjoying the variety of birds that serenade me at dawn. On overcast mornings many birds will often sing until the sun triumphs over the gray.

Spring is the season most associated with the dawn chorus or morning song. Male birds sing in the early morning hours to attract prospective mates. Neotropical birds that live in more southern climes during the winter, but nest here, are returning to raise their young. The chorus din is compounded by the fact that migrating birds that nest north of us are also added to the mix. The resulting often-harmonious variety is miraculous.

There are a lot of theories as to why birds sing early. Scientists initially thought it was because sound travels farther in the cool of the morning. Apparently, before winds increase in the heat of the day sound will also be heard at longer distances. But more recent studies suggest that the males sing loudly to signal to possible rivals, so they are defining territories. It is also proposed that only the strongest and best-fed males can produce loud songs after a chilly evening. All these theories seem viable.

Furthermore, migrating birds travel in both conspecific (belonging to the same species) and mixed flocks and calling is suspected to be an organizational behavior, enabling the flock to stay in communication with one another.

In 2006 Karl S. Berg published findings from studies in Ecuador that suggested that the dawn song is related to light levels that are not yet adequate for foraging. He found that birds in the higher canopy and those with larger eyes sing first. Foraging height was the best predictor of those who broke the night’s silence. In higher canopy forests and darker forests one might suspect there could be a similar correlation here, but I have not read any studies to suggest as much—which in no way rules it out.

In our noisy world birds have to compete with many manmade sounds as well, especially traffic. In fact, there is evidence that birds are singing louder to compete with ambient noise made by people. Ornithologist Sue Anne Zollinger did studies of this during the pandemic, when birds turned down the volume because the surrounding world was quieter.

Over two days I have heard prothonotary, prairie, chestnut, and yellow warblers, plus cardinals, indigo and blue buntings, white and red-eyed vireos, song and white-throated sparrows, goldfinch, chickadees, Carolina wrens, American robins, wild turkeys, red-bellied woodpeckers, water and brown thrushes, catbirds, and many more birds that I could not identify.

The World Series of Birding is upon us; our CU Maurice River team is made up of four individuals who will compete against other birders to identify the most species. In 2007 and for a few years thereafter I was on the team. But because of my poor “ear,” meaning I do not identify birds well by sound alone, it would be fair to say I was retired from the event. Today I coordinate the fundraising aspect of our team.

I used to listen to tapes of birdsongs trying to learn them, but after about three to five warblers my auditory memory abilities seemed to founder in a jumble of tweets and whistles. Then I employed mnemonic devices to help remember various songs, like the rufus-sided towhee’s “drink your tea,” or the barred owl’s, “who cooks for you?” In short course these memory techniques failed me as well. The titmouse’s, “Peter, Peter, Peter,” I swore was “Teacher, teacher, teacher,” which is actually the mnemonic ascribed to the oven bird. The only thing these calls have in common is that both birds are loudmouths. What a mess! If one’s ears can be crossed, I would say mine clearly are. And each spring I find myself relearning the calls.

This leads me to relay some fun I’ve been having with a phone application called Merlin that was created by the Cornell Lab of Ornithology. Merlin does lots of interesting things using artificial intelligence (AI). You can identify a bird in a photo or by answering five questions, the AI explores a list tailored for your locale, or you can make a live recording on your phone in real time.

I’ve been enjoying the recording feature. Sitting on the forest floor I use Merlin to tape the birds as they sing and it identifies each one. While you are recording, each bird’s name will be posted in a list as they are heard. If the same bird sings again that bird’s name will be highlighted. After a bit you will get the hang of which bird is which.

If you are unsure, select Explore Birds from the home page, type in the name of the bird that was identified by the recording into the search feature, touch the bird’s thumbnail, and select sounds. Here you will find a sampling of the species’ calls. Happy listening!

More About the World Series of Birding

Permit me to return to the World Series of Birding, which is hosted and created by New Jersey Audubon. There are various teams and each represents a conservation organization or birding club. Each raises money for their organization’s mission. Our CU Team the Fish Hawks is named after the osprey that CU Maurice River has been instrumental in recovering in New Jersey. Funds raised by donations go toward our avian projects and watershed education.

I invite you to support our team by visiting our website at www.cumauriceriver.org, selecting “Pay for Events” in the blue square on the top right-hand side of the page, and choosing “World Series of Birding 2022.” Or you can opt for sending a check to CU Maurice River, PO Box 474, Millville, NJ. I’ll thank you, and the birds will thank you too.