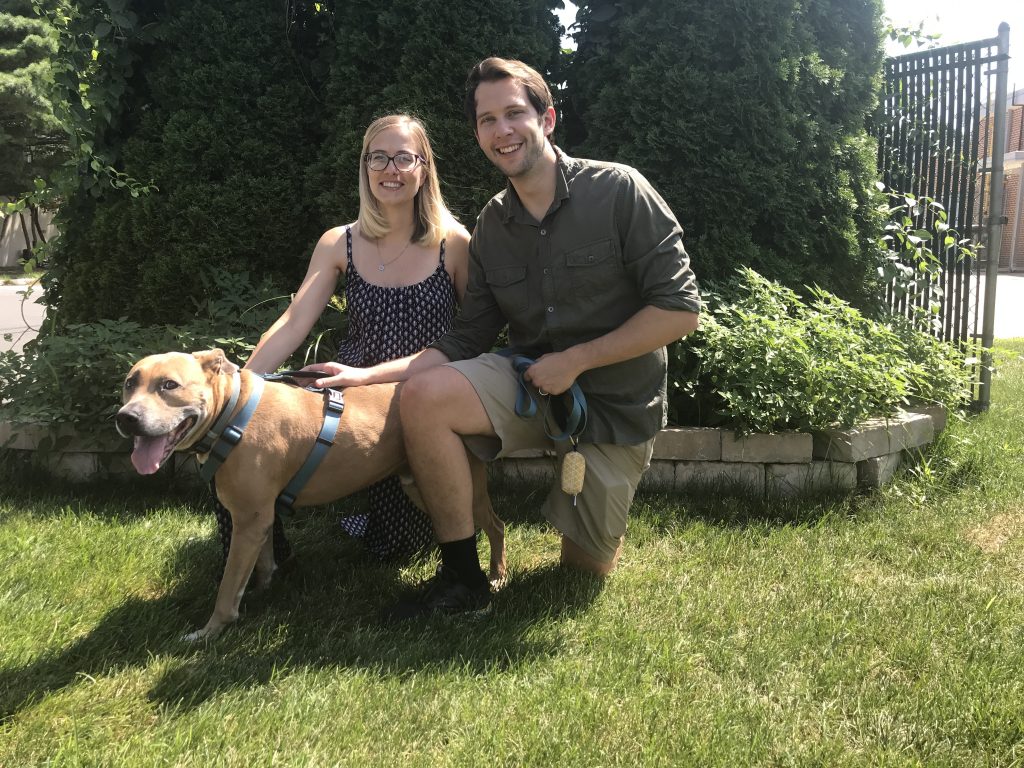 Dave and Erika Biaselli, both educators in Cumberland County, adopted Smeagol while home during lockdown.
by Mickey Brandt 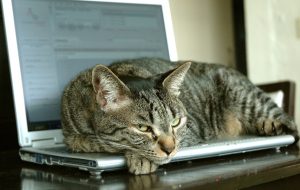 Cats and dogs are coming out winners, though.

During the remarkable combination of the three-month stay-at-home order and people’s natural desire for a pet, demand to foster and adopt domestic animals soared during the lockdown.

“Bringing a pet into your family life can relieve loneliness and generate pride in your care of it,” said Jessica Morrison, foster and rescue coordinator for South Jersey Regional Animal Shelter in Vineland, NJ.

Morrison told me she actually had expected the opposite—that people confined at home would want pets less. Since this pandemic experience is unprecedented in recent history, there have been many such unforeseen aspects.

“It turned out, especially at first, that demand for adoption was so great, I had more requests than animals.” Morrison said. “We were even approached by people from out of state.”

Now, more pets are becoming available and she estimates most requests are quickly filled.

A contributing factor to these upsidedown circumstances is a supply issue because of the notable drop in the number of strays brought in by animal control officers. Morrison speculated that people staying home had the benefit of keeping better track of their dogs and cats. 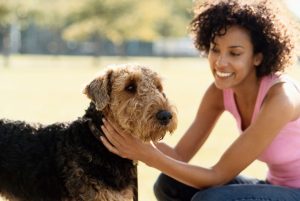 It’s not clear what effect the recent “reopening” of the economy will have on the animals. Animal lovers and rescuers hope because many more people have gotten used to the joys of living with pets they will continue the new pattern. To help this trend, the regional shelter recently began a series of pet food distribution events.

“We want to help the community as much as we can to keep their pets,” Morrison said.

The shelter is only open to the public at this time by appointment and staff members bring animals outside to be seen.

“It keeps us very busy,” said Morrison. “In a sense, it’s business as usual.”

Part of the business as usual at many shelters in the area is matching the right pet to the right owner.

In late March, Dave Biaselli, an assistant principal at Cumberland County Technical Education Center in Vineland, and his wife, Erika, a teacher at Lakeside Middle School in Millville, were working remotely because of the COVID-19 lockdown. They live in Somers Point.

“Since we were working at home, we decided to adopt a dog,” said Dave. “We knew we would have time to train and exercise it and it would have plenty of opportunity to get used to our routines.”

During a subsequent trip to the Atlantic County Animal Shelter in Pleasantville, they said they would like an older dog and the representative said she had the “perfect one.”

It was a seven-and-a-half-year-old boxer and Staffordshire terrier mix. (Erika had its “Doggie DNA” run.) Its name was Eagle, quickly converted to Smeagol by ardent Lord of the Rings fan Dave.

“There was plenty of free time for us to give Smeagol company as well as enjoy his,” Dave said, “He’s really awesome, we couldn’t have done better.”

Erika pointed out they don’t have any kids yet, making it plenty quiet in the house.

The two rescue cats in the Biaselli household, male Jasper, 11, and female Juno, 9, were at least tolerant of the new arrival, partly because their owners had “test driven” him ahead of time.

“To help inform our decision, we took the dog to the cat area of the shelter,” related Erika. “He was a little scared, so that was a good thing.”

Smeagol the shelter dog was rescued from an animal hoarder whose home was filled with dogs and cats and where Smeagol lived in a tiny cramped cage all the time.

“It affected him permanently: He has a little trouble walking and he’s the only dog I know who can’t wag his tail,” said Erika. “But dogs can go through a lot and still be okay.”

The newcomer to the Biaselli household was a Golden Adoption, with significantly lower administrative and vaccination costs than those for younger pets.

“He’s definitely a super sweet old man,” said Dave. “He loves to run and play—for 10 minutes—then likes to sleep a lot for the rest of the day.”

I asked Dave if there were any surprises with having Smeagol in the house.

“He snores louder than I do,” he replied.

Ironically, when school starts, the family will need to hire a dog walker.

“It’s a good job for an enterprising teenager,” Dave pointed out.

This article is made possible by a grant from the Center for Cooperative Media at Montclair State University.