Dr. Thomas A. Dwyer was one of a trio recently honored with Cumberland County Legend award. 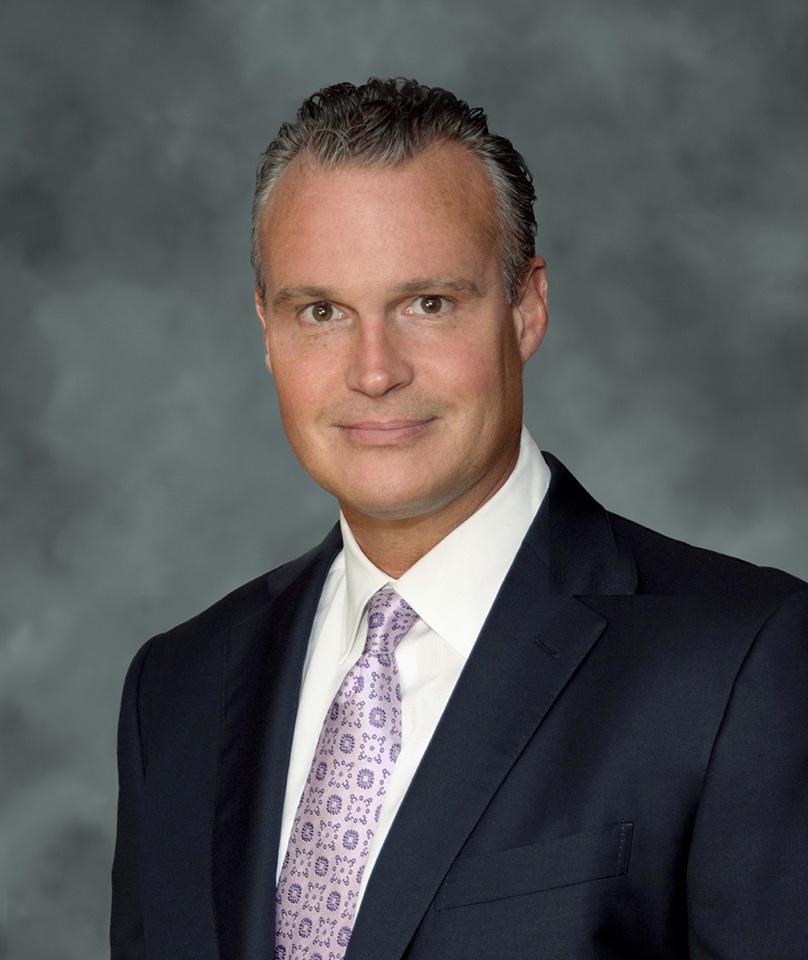 On Friday, July 24, the CompleteCare Health Network hosted its 11th annual Cumberland County Legends ceremony. The event, which was originally scheduled for March 28 but was postponed due to our continuing health emergency caused by Covid-19, was held online.

This special ceremony is thrown each year by the organization to celebrate the honorees’ “unwavering dedication and lifelong commitment to making Cumberland County a better place to live and work,” according to a press release from event organizers.

The honorees for this year’s event included Dr. Thomas A. Dwyer, orthopedic surgeon and president/CEO of Premier Orthopaedic Associates. The other nominees were Austin P. Gould, former music teacher at Bridgeton High School and the Trout family, including Jeff and Debbie Trout and their children Teal (Kevin) Levick; Tyler (Lauren Trout); and Mike (Jessica) Trout. (Both Gould and the Trout family were profiled in earlier issues of this newspaper.)

Dwyer, who’s originally from upstate New York, was adopted by a supportive and loving couple, and came from humble beginnings.

After graduating high school, the academically gifted, three-sport athlete took his talents to the University of Notre Dame.

There, while playing sports, he became a recurring guest in the school’s doctor’s office, continually showing up with an assortment of injuries.

“I spent a fair amount of time doing physical therapy as well,” Dwyer said. “I had a few knee surgeries and other surgeries that were orthopedic in nature.”

Interestingly, landing on the operating table numerous times is what propelled him into the field of orthopedic surgery.

In 1996, Dwyer, a former assistant team physician with the Pittsburgh Steelers, ventured his way down to Vineland. He opened Premier Orthopaedic Associates in 1998.

At that time, Dwyer, a board certified M.D., who specializes in arthroscopic knee and shoulder surgery, was the only specially trained orthopedic surgeon in the region.

“I was a one-man orthopedic band,” said Dwyer. “If you wanted to see a specialist other than me, you needed to travel across the bridge to Philadelphia.”

At that point, he set up two goals he wanted to achieve that would be beneficial for area residents.

“…The two founding principles were to develop academic quality, highly specialized care in our community and also to develop a one-stop orthopedic shop … where a patient could be cared for soup to nuts,” said Dwyer.

The one-stop shop the doc envisioned included, but was not limited to, having a patient visit Premier Orthopaedics to get an evaluation, surgery as needed, assisting the patient in getting fitted for a brace, and then helping to set the patient up for physical therapy.

The success Dwyer achieved after establishing his two founding principles is nothing less than extraordinary.

“Fast forward 20 years, and now we have 22 different orthopedic providers,” Dwyer revealed. “We have 150 employees. We have 10 office locations in four different counties.

“We have two freestanding surgery centers. We have three independent physical therapy facilities and we have our own occupation medicine facility.”

His achievements don’t end there. According to his bio, Dwyer is an associate professor at the University of Medicine and Dentistry of New Jersey and was two-time chairman of the Department of Surgery at Inspira Health. He’s on the Board of directors for the New Jersey Orthopaedic Society, Inspira Health finance and strategic planning committees.

Dwyer shared his reasons why he spends so much time on sports teams’ sidelines.

“I enjoy athletes. I always have been an athlete. … Bottom line I was never good enough at football to make it [at] Notre Dame and certainly not the pros,” he quipped.

“So, the next best thing is to just hang out with them as a physician and be one of the guys.”

One of Dwyer’s biggest accomplishments (besides being a Cumberland County 2020 Legend) is when he was named a “Top CEO” by South Jersey Biz magazine in January of 2019.

“That was a phenomenal award, particularly as a non-business guy,” said Dwyer. “I’m an orthopedic surgeon first and I’m a CEO and a businessman second. They often co-mingle and it’s difficult.”

Like Gould, the Trout Family, and prior winners, one of the characteristics of a Cumberland County Legend is humility. Dwyer exuded that commendable trait during our interview.

“… I think it’s important … I should make sure to give love and thanks and respect to all my partners and my associates and my staff and my patients,” said Dwyer, “because if it weren’t for them, I wouldn’t have been able to achieve that accomplishment.”

He also expressed his love and admiration for his wife Julie and two daughters Lindsay and Lauren who have stuck by him through and through.

“…I wouldn’t be in this position without my family,” said Dwyer. “My wife does a great deal of work for this company and I wouldn’t have been able to delegate, [without her].”

For all the awards, honors, and accolades he’s received through the years, Dwyer has used his premier position in the community to serve others.

‘It’s enabled me to really establish a large network of people that I’ve been able not only to meet but learn from,” said Dwyer.

The highly respected orthopedic surgeon had monetarily supported the former Ellison and Sacred Heart schools. Currently, Dwyer is heavily invested in the Vineland Soup Kitchen, a place he discovered through his daughter Lindsay, which helps people suffering with food insecurities.

One Thanksgiving, while serving some of the people there, he discovered something that hit close to home.

“My dad was an Admiral in the Navy,” Dwyer revealed. “If you look at those people when I was there (at the Vineland Soup Kitchen), I was astounded at the number [of people who] were former veterans. A lot.

“And a lot of them have drug issues or alcohol issues,” he continued. “…Going around serving them, you know, a lot of people’s interpretation and perhaps even including my own, before I got there—I was misinformed. I didn’t really know … what high caliber quality people these people are.”

Seeing all the veterans that frequent the church on Landis Avenue for much-needed sustenance had Dwyer pondering deeply on the subject.

“I almost felt like in many ways that we as a country … abandoned them,” Dwyer said. “I think they felt like they were abandoned.”

After this revelation, Dwyer began to donate money to the soup kitchen, and has continued to do so for the last eight years.

Being in the medical profession, in and of itself, allows one the perfect opportunity to serve the community. Performing surgery on and helping patients through the healing process is something that Dwyer thoroughly enjoys.

“No question about it, it’s one of the best aspects of this job,” Dwyer revealed. “When you see the positive impact that you can make physically and mentally in a person’s life, it really serves as an impetus to drive you and keep you going forward to try and be better and serve the needs of the community.”

At the conclusion of our interview, Dr. Dwyer, who expressed supreme gratitude for the Cumberland County Legends 2020 committee and the CompleteCare Foundation for selecting him to be a recipient of the prestigious achievement award, had one final message to share.

“I can assure everybody that I will work untiringly to continue to serve the residents of this community with the same two goals I set out with in ’96; to be able to be a one-stop shop for orthopedics and deliver academic quality specialty care here.”