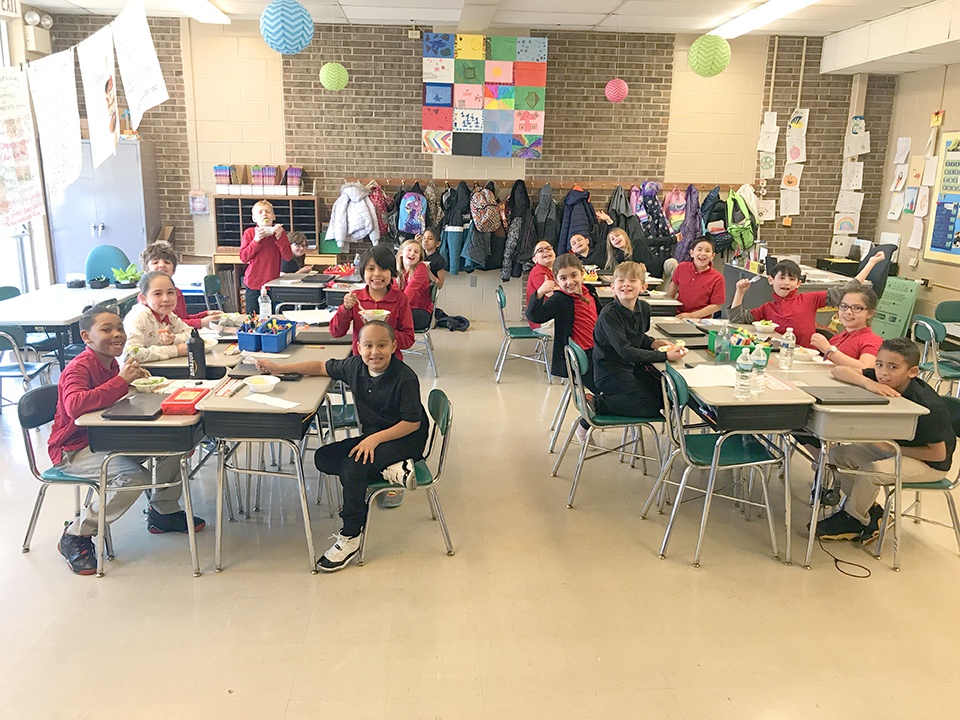 Amber Egorov, a local elementary school teacher received a prestigious National Geographic Educator certificate, in April. A third-grade teacher at Anthony Rossi Elementary School in Vineland, Egorov joined an elite group of teachers from across the globe to earn a certificate from this distinguished program.

“The National Geographic Educator Certification is designed to have teachers out there to create an explorer mindset in children,” Egorov, a Vineland resident, explains. “It’s a very student-driven concept where the teacher is listening to the students and forming instructions from what the students [request], and to help them explore their curiosities.”

According to nationalgeographic.org, the “National Geographic Educator Certification is a … professional development program that recognizes pre-K through 12 formal and informal educators committed to inspiring the next generation of explorers, conservationists, and changemakers.”

To secure the certification, Egorov participated in a four-month class that included watching a lot of videos and communicating with National Geographic mentors and cohorts via FaceTime.

“It was a live online class and we had three of those throughout the course,” Egorov says. “And the rest was self-paced [and included] reading scientific literature located on the National Geographic website, and designing and implementing lessons within the classroom.”

The students in Egorov’s third grade science class participated in two projects that she chose.

“One of them was exploring fossils,” says Egorov. “We built a rock layer model out of clay [and] the students buried objects inside. These layers represented sedimentary rock and helped them to see, hands on, how fossils are formed over millions of years using clay as a medium.”

After cutting the rock-layer model open and finding their “fossils,” the students had to come up with a “higher order” line of questioning to discuss with fellow classmates, which helped them to elevate their problem-solving skills.

“A project like this makes them feel like they really are scientists and not just kids in school doing a project,” Egorov says.

The next project dealt with hydroponic farming. Egorov and her students received some assistance from Marcus Weaver, director of Agriculture & Food Initiatives with Gateway Community Action Partnership.

“He gave me some ideas that I brought to my class and began to brainstorm with them,” says Egorov, who is also a food blogger and was a grand prize winner of the 2018 #FindJersey FreshChallenge photo contest. “We watched some videos on hydroponic farming … and I had them work in groups where they drew the layout of what this system could look like and what kind of materials we could use.”

This allowed the students to enter the next phase in creating a Deep-Water Culture Hydroponic Lettuce Garden. “I presented them with their materials, we worked together to fill it with fertilizer and put the plants in,” Egorov, recalls.

After suffering a setback, (the lettuce wasn’t growing as the class had expected), Egorov’s students—through inquiry, discussion, and guidance from Weaver—discovered that by relocating the lettuce plants from one part of the classroom to another that supplied more sunlight, the plants would survive and thrive—and they did.

To celebrate the success of their hydroponic farming project, the class enjoyed a healthy and tasty salad party.

“They were super excited,” says Egorov. “No one has ever seen 21 eight-year-olds happier about eating a bowl of salad than these kids … because they grew it themselves.”

All the while, Egorov documented the process, which became her National Geographic Educator Certificate Program capstone project. Then, On April 14, Egorov received an e-mail from National Geographic thanking her “for the time, effort, and creativity [she] put into completing … the course” and congratulating her for becoming an official National Geographic Certified Educator.

According to Egorov, there were valuable lessons learned by the students during the process of this project.

“I think they really gained an appreciation for our planet because they’ve seen things grow from seed to their plate,” Egorov says.

As for Egorov, participating in this illustrious program has given the teacher confidence that she has the capability to impact her students and her coworkers in a positive manner.

“I think I feel empowered as a teacher that I have the ability to reach students in a bigger way than I have in the past,” says Egorov. “And I hope to inspire my fellow educators to consider the certification course so they can create explorers in their classrooms, as well.”

For more information about the program visit nationalgeographic.org/education/professional-development/educator-certification/ Amber Egorov demonstrates a step in the hydroponic farming of lettuce to her third graders at Rossi Elementary School in Vineland. At right, she holds some of the ready-to-eat lettuce. The project was one of two that earned Egorov National Geographic Educator Certification for creating an explorer mindset in her students.