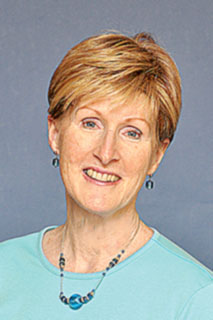 We heard the news today, oh boy. Now it might be August before our son gets to go back to his program.

Greg is autistic, and he loves his routines. It’s been three months now since he’s had one and that six-hour hole in his day has not been filled. He has mostly kept his frustration in check, but I can’t help but think he’s feeling punished. I know I am.

Last night I dreamed of my mother, who was a staunch advocate for Greg. She had this little rhyme she used to recite to me, and I have changed it from girl to boy:

“There was a little boy with a little curl, right in the middle of his forehead. / When he was good he was very very good. But when he was bad, he was awful.”

Well, I woke up thinking how exactly that fits Greg. During his terrible trial, he’s been remarkably good, but when he gets bad, watch out.

He has been quite snackish these days inside, and we try to keep him to three meals a day plus two snacks.

He will ask for three or four more snacks but he is overweight and he can’t eat steadily between meals.

Every once in a while, I catch him sneaking a few swigs of soy sauce.

I don’t blame the kid. I would take a few slugs of whiskey myself, but for me, it’s a slippery slope.

There is news of some businesses opening later this month, including hair salons. This is a relief for my husband, whose hair is now longer than it’s ever been since our dating days. I like it long, because his curls come back and remind me of the young gallant I fell for. It won’t be long before he hacks them all off, which I regret. Not so for Greg, whose curls are wilder and longer than ever, and it’s not a great look, in my opinion. I can’t wait to get him trimmed up so we can see his handsome face again.

Our daughter wears her hair long, so she only wants a trim. And our older son has been working at home, so he now sports a beard and his hair, usually so short, has reached his ears.

And me, I wear a wig, so there’s no desperate need for a trim.

After the hair report, not much is going on here. Some minor home improvements, a new DIY desk and chair for Therese’s room, for which she loudly declined offers of help.

“HATE it when people help me!”

She prefers DIH (do it herself). Both desk and chair were assembled in a trice, and placed in the corner of her room.

Today is the birthday of our son, George, who took his own time deciding when to be born. He was two and a half weeks past his due date, and every morning I would wake up, realize I was still pregnant, and burst into tears.

Once he deigned to appear, he had to spend some days in the neonatal ICU hooked to many tubes because he had inhaled some meconium (look it up, it’s too nasty for print here) and because he came out with a broken collarbone. They fashioned a little sling to stabilize his shoulders, so he came home looking like a linebacker.

I fell in love with him immediately, and forgave him for the wait.

This morning, we called him at his apartment in Brooklyn and sang him a rousing Happy Birthday to You. He squirmed a little at the high notes, but we could tell he was basking in the attention.

George and Kate sent us a video of young Ben, lounging on the couch naked but for his diaper loincloth, looking like Dionysus, the Greek god of wine and revelry. He is proudly surveying the wreckage of his father’s birthday cupcakes.

Before our unfortunate incarceration, my extended family all decided on a late-July vacation in the Catskill Mountains.

It was our tradition to meet at an Irish “resort” in the mountains and enjoy nature hikes, swimming, tubing and nightly happy hour while waiting for the dinner bell.

The cousins used to run wildly and sit together at one table and have a rollicking good time until they became teenagers and pronounced the yearly gathering “Boring.”

Time went by, and the truculent teens became parents, and now, no longer bored, they want to bring their kids there.