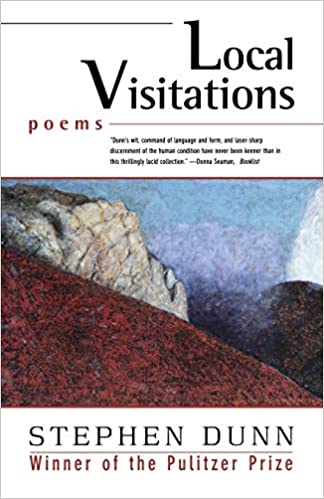 Pulitzer Prize-winning poet and Stockton University professor Stephen Dunn passed away on June 24 of this year, leaving behind a legacy of more than 20 volumes of poetry, one in particular that uses South Jersey in a most unique, thought-provoking way.

According to his obituary in the Philadelphia Inquirer, Dunn was born in Queens on June 24, 1939. He attended Hofstra University on a basketball scholarship and, before entering Syracuse University for his graduate work, played semi-professional basketball, worked in advertising and lived in Cadiz, Spain for a year while writing a novel that remains unpublished.

In 1974, Dunn released his first full-length collection of poetry and was hired by the recently established Stockton State College, where he would teach creative writing for the next 30 years, although his obituary notes that he “maintained an association with the university until 2016.” It was near the conclusion of his time as an educator at Stockton that he won the Pulitzer Prize for his book Different Hours in May 2001.

That year, the New York Times interviewed Dunn, reporting that although he “admits to using New Jersey in its context, he characterizes his poems as having psychological rather than physical landscapes.” Dunn told the newspaper, “I don’t think of myself as a poet of place.”

At the time of his Pulitzer win, Dunn had completed half of his next book, according to the New York Times. That book would be released two years later as Local Visitations, what the Inquirer describes as “a collection that included fancifully imagined observations by long-dead writers visiting towns in South Jersey.”

In the opening poem, Dunn rationalizes that only 19th century storytellers, not poets, would qualify to “dwell in actual towns with actual barber shops and guilt.” Hence, Jane Austen, Charlotte Bronte, Mary Shelley, Mark Twain, Fyodor Dostoyevsky and Stephen Crane are but a few of the literary royalty who each find themselves, within the confines of a two-page poem, residing in the modern era of a South Jersey town, from Wildwood, Atlantic City and Sea Isle City to Smithville and Egg Harbor.

Dunn had moved to Maryland a year before the release of Local Visitations but had been living in Port Republic, New Jersey, at the time he was awarded the Pulitzer. He bestows upon Russian writer Anton Chekhov the honor of living in the town that was formerly his home and of working, as he did in his homeland, as a doctor but with no threat of the tuberculosis that claimed his life at the age of 44.

Each poem clarifies why the writer would gravitate toward his/her particular South Jersey town. For some the reason is personal, for others professional. Moby Dick author Herman Melville is settled in Barnegat Light, tipping his Greek sailor’s hat and residing two blocks from the lighthouse. Bronte’s view of the marshlands in Margate reminds her of the moors near her childhood home in England.

For Pleasantville resident Charles Dickens, casino workers substitute for factory and mill laborers of 19th century London. Crane and his fatalistic outlook both wash up on the beach in Longport. And Twain walks the Atlantic City streets as if in a Monopoly game, while real-life facsimiles of the Duke, the King and the Widow Douglas play the slots.

Only Leo Tolstoy is not content with settling down in one location. He scurries from blueberry field to cranberry bog and paddles down the Mullica River in search of inspiration, luring him a bit closer than the others to the Cumberland County region.

An interesting juxtaposition of 19th century perspective and 21st century South Jersey life, Local Visitations is a worthwhile read. It’s proof that this region can inspire. As Dunn told the Press of Atlantic City in 2011, “Stockton and South Jersey proved to be very good for me and my work.”