One of the most famous examples is the Deep Throat meetings with Woodward and Bernstein.

Recently, a television ad involving an alleged “off-the-record” interview might offer the most free-form definition of this journalistic expression since such a commercial wouldn’t be publicly aired if the terms agreed to by both parties are honored.

The 2018 New York Times article “What Does ‘Off the Record’ Really Mean?” explains that, in such a situation, “nothing from the conversation can be used for publication.” In some instances, an interviewee may declare that only certain bits of information during a conversation are “off the record.” This information may provide context to what is being discussed or simply serve as a sidebar to the topic at hand but, whatever the reason, it is not meant for the public and is expected not to be printed.

How often does such a circumstance occur? More often than you might think. If the interview is in-depth and the conversation flowing, it’s likely that an off-the-record moment may materialize. And that’s when the pen and notebook are given a rest.

But “off the record” is only one of several situations governing journalistic interviews. “On background,” the New York Times states, “is understood to mean that the information can be published, but only under conditions agreed upon with the source.” And then there’s “deep background,” which can be interpreted “to mean that information can be used only for the reporter’s context and understanding, with no attribution of any kind.”

In All the President’s Men, the account by Washington Post reporters Bob Woodward and Carl Bernstein about their early 1970s investigation into President Richard Nixon’s involvement with the Watergate scandal, the authors discuss what is arguably the most famous situation of a “deep background” source, Deep Throat, whose “position in the Executive Branch was extremely sensitive… His identity was unknown to anyone else. He could be contacted only on very important occasions.”

The book explains that Woodward had promised never to quote this person or reveal his position. “Further,” the book reports, “he had agreed never to quote the man, even as an anonymous source. Their discussions would be only to confirm information that had been obtained elsewhere, and to add some perspective.”

The circumstances became so clandestine as “the tensions of Watergate increased,” that telephone conversations were abandoned in favor of 2 a.m. meetings in underground parking garages arranged by the most secretive of methods. If Woodward wanted to rendezvous, he would move a flowerpot with a red flag protruding to the rear of his balcony.

In the rare event that Deep Throat required a conference, Woodward would check page 20 of his home-delivered copy of the New York Times to see if the page number had been circled. If it had, he would scan the lower corner for a drawing of a clock indicating the time they would meet. After switching cabs several times, Woodward would arrive at the parking garage and spend an hour or longer in conversation.

If this seems like extreme measures to simply obtain information, it’s important to remember the jeopardy posed to Deep Throat’s job with every meeting he had with Woodward. And the Washington Post, particularly at the investigation’s start when it was the sole newspaper tracing the Nixon Administration’s connection to the break-in at Democratic Headquarters, risked its credibility if information wasn’t accurate. As All the President’s Men notes, Deep Throat “never told Woodward anything that was incorrect.”

The importance of honoring both off-the-record information by not publishing it and deep background sources by maintaining anonymity is paramount to journalistic integrity; breaking it wouldn’t be illegal, but it would be highly unethical. 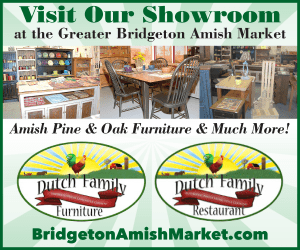